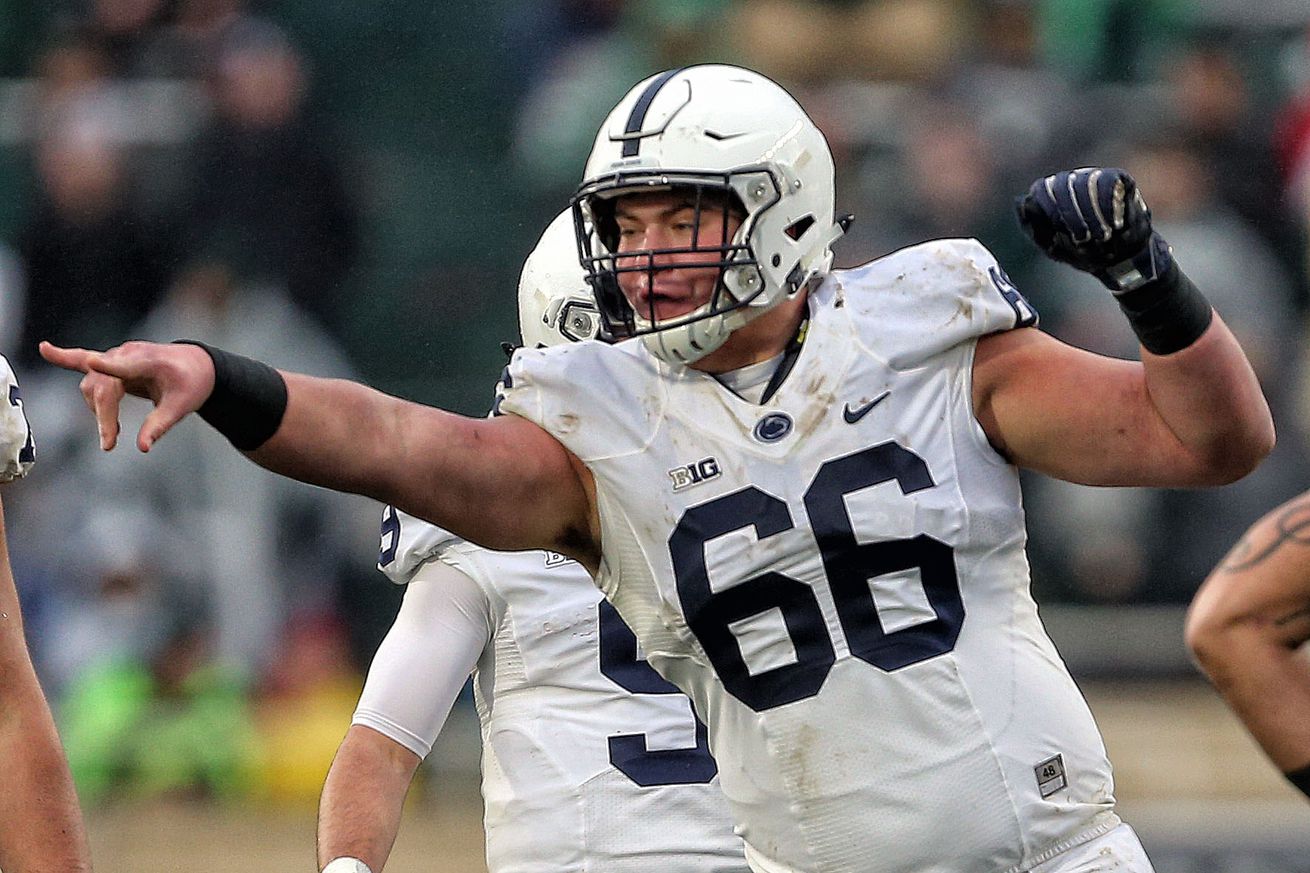 Cowboys got value in their rookie class, which guys will make serious plays for a roster spot?

Film room: 3 undrafted free agents with realistic paths to the Dallas Cowboys’ 53-man roster -John Owning- SportsDay
It’s going to be tough trying to make the Cowboys roster, especially for UDFA’s but there are some that make a convincing case.

To make the final roster, undrafted free agent Chris Westry will likely have to beat out fifth-round pick Michael Jackson along with C.J. Goodwin, Treston Decoud and Donovan Olumba — all of whom are at least 6-foot-1 and three of whom (Jackson, Decoud and Olumba) are 200-plus pounds.

Using Relative Athletic Score — which grades a player’s measurements on a 0-10 scale compared to his peer group — Westry is easily the most athletic cornerback vying for the fifth spot, posting a 9.6 over Jackson’s 8.8, Olumba’s 4.5 and Decoud’s 1.9.

Scout’s Eye: Cowboys might have undrafted steal in UDFA DT talents- Bryan Broaddus- Dallas Cowboys
The Cowboys drafted twitchy DT Trysten Hill in the second round but let’s talk about the undrafted defensive tackle that could steal some of the show.

The first thing you notice is he plays with some initial quickness. He has some pop at the point of attack. He can work his way through the gap, and that quickness makes him hard to block one-on-one. There’s some violence to his game. I’d like to see him use his hands more.

He plays with power. When he does use his hands, he can control his blocker. This guy has brute strength, and he can use it as both a pass rusher and a run defender. That said, he needs to develop some more pass rush moves. You see the motor with this guy. There is outstanding effort to finish, but there are times where he will fall off tackles. He has power to split the double-team.

Some late bend. Moves and runs well. Will run down plays. Chases plays all over the field.

Comments: Hyatt was a valuable addition. According to a source, the Cowboys signed Hyatt to a $20,000 signing bonus because they didn’t want to lose him. How does this compare to other free agents? Offensive lineman Justin Campos didn’t get a signing bonus last season when he joined the Cowboys. Campos’ resume doesn’t compare to Hyatt’s; the latter player was first-team All-ACC in the last two seasons, with 57 starts in 58 games for a total of 3,754 snaps. The Cowboys view Hyatt mostly as a left tackle and he will be given every chance to make the roster as a potential swing tackle for the future. One scout said the Cowboys liked Hyatt’s “athletic ability.”

Chance of making the roster: 60 percent

Second-year OL Connor Williams to cross train at tackle -Clarence Hill- Fort Worth Star-Telegram
Connor Williams has definitely spent a lot of time adding bulk this offseason and Cowboys owner Jerry Jones wants to see what he might offer at tackle.

The ability to take advantage of Williams’ flexibility was crystallized in the 2019 NFL Draft with the selection of Penn State’s Connor McGovern in the third round.

McGovern can play guard and center. His ability to possibly fill in at left guard allows the Cowboys to cross-train Williams with an eye toward next season when right tackle La’el Collins becomes a free agent. It’s unlikely the Cowboys will be able to afford to retain him, considering they are already paying center Travis Frederick, left tackle, Tyron Smith and right guard, Zack Martin top money.

Again, Williams played tackle at Texas and is the ideal option to kick back outside with McGovern sliding in at left guard next year. He could be asked to play swing tackle in 2019 as the Cowboys brace themselves for an unforeseen injury.

Two Hundred Snaps: Evaluating Cowboys third-round gem Connor McGovern – Bob Sturm- The Athletic
Connor McGovern could make a case to be the steal of the 2019 NFL Draft throughout the league, and might be the best player the Cowboys picked this weekend.

According to Pro Football Focus, his snap total over those three years was 2,353. He played 860 this past season, 857 in 2017 and 636 in his true freshman season. During that time he allowed nine sacks over 1,245 pass block snaps and committed 11 penalties. In 2018, four sacks and four penalties were charged to his ledger.

He is thought of as a very good pass-blocker and a potentially elite run blocker; exactly the type of player you would target for the interior of the zone-blocking scheme Dallas plays. Of course, I would say that in studying this league closely in 2018, guard-center-guard is a massive weakness in many NFL cities. Imagining that he would slip to No. 90, and to a team that already is really good inside, is more of an indictment on the league in general than it is an indicator of how Dallas thinks. Imagine a team like Arizona that was below-average at all three interior spots, or even Minnesota, looking elsewhere with McGovern on the board.

Finding roster spots for the Cowboys’ eight draft picks -David Helman- Dallas Cowboys
The Cowboys succeeded in adding competition to the roster, where do their eight rookie draft picks fit in?

How He Makes The Team: From here on out, there probably aren’t any guarantees. Jackson fits the mold of what Kris Richard wants in a corner, but he’ll need to play like it. The way the cornerback depth chart shakes out, there might not be more than one or two roster spots available. Jackson will need to outperform veteran incumbents like C.J. Goodwin, Donovan Olumba and Treston Decoud to put himself in the best position possible.

Who It Affects: There are some interesting questions to answer here. Cornerback could be in a bit of a transition, as Byron Jones and Anthony Brown are both entering contract years. There’s also the curious case of Jourdan Lewis, who is a solid player but just doesn’t seem to fit into Richard’s plans. Ideally, the Cowboys probably want to keep Jackson around as a piece for the future. Would his inclusion on the roster signal a possible surprise departure?

Does drafting RB Tony Pollard tell us if Cowboys will give Ezekiel Elliott a second contract? Michael Strawn– Blogging The Boys
What does the Cowboys draft say about their star running back’s future.

As you can see, the average NFL running back peaks 2-3 years into his career with a significant and steady decline thereafter. Which means under the NFL’s collective bargaining agreement running backs face a very difficult challenge maximizing their NFL earnings; by the time they reach free agency they’re a diminished asset in the eyes of NFL decision-makers.

We’ve written previously about how Elliott’s early career has all the elements of a lengthy, productive, Hall of Fame career. Which puts the Cowboys in a bit of a predicament. On the one hand, you don’t want to hand out a monster contract to a player whose best years are behind him. On the other hand, letting Hall of Fame players walk in the middle of their career is not the smartest thing an NFL franchise can do (fans tend to frown on watching former Cowboys succeeding elsewhere).

Cowboys thinking of preserving Ezekiel Elliott, but will they? – Todd Archer- ESPN
The NFL’s leading rusher isn’t going to be replaced by the Cowboys’ two draft picks, but they could help lighten his load.

We need some good running back skill behind Zeke,” Cowboys owner and general manager Jerry Jones said. “That covers a lot of ground if you talk about what we’re doing with Zeke, but prudence tells you, you need to manage this, and these guys let us manage Zeke in a manner of speaking.”

JJT: True that. I think people look at it and say, ‘Why we gotta spend all this money? We can find a guy in the fourth round, fifth round to do what Zeke can do.’

Emmitt Smith: Well, no, you can’t. If you could, you woulda had that guy. You drafted Zeke to do what you asking him to do. So now you trying to deemphasize his value. He came in and produced in the round that you drafted him. You drafted him as a first rounder. You wanted a second-round or third-round guy you could’ve went and got a second-round or third-round guy. But you went and got the best player on the board which was him. So why are we sitting up in here debating over his value? He has produced. You don’t have to question whether or not he’s producing. You’re still trying to figure out whether or not other players are really maturing into their roles. He’s producing.

Somebody really believes in the Cowboys!

Is @MJD a @dallascowboys fan? pic.twitter.com/DZ0JuZwajS