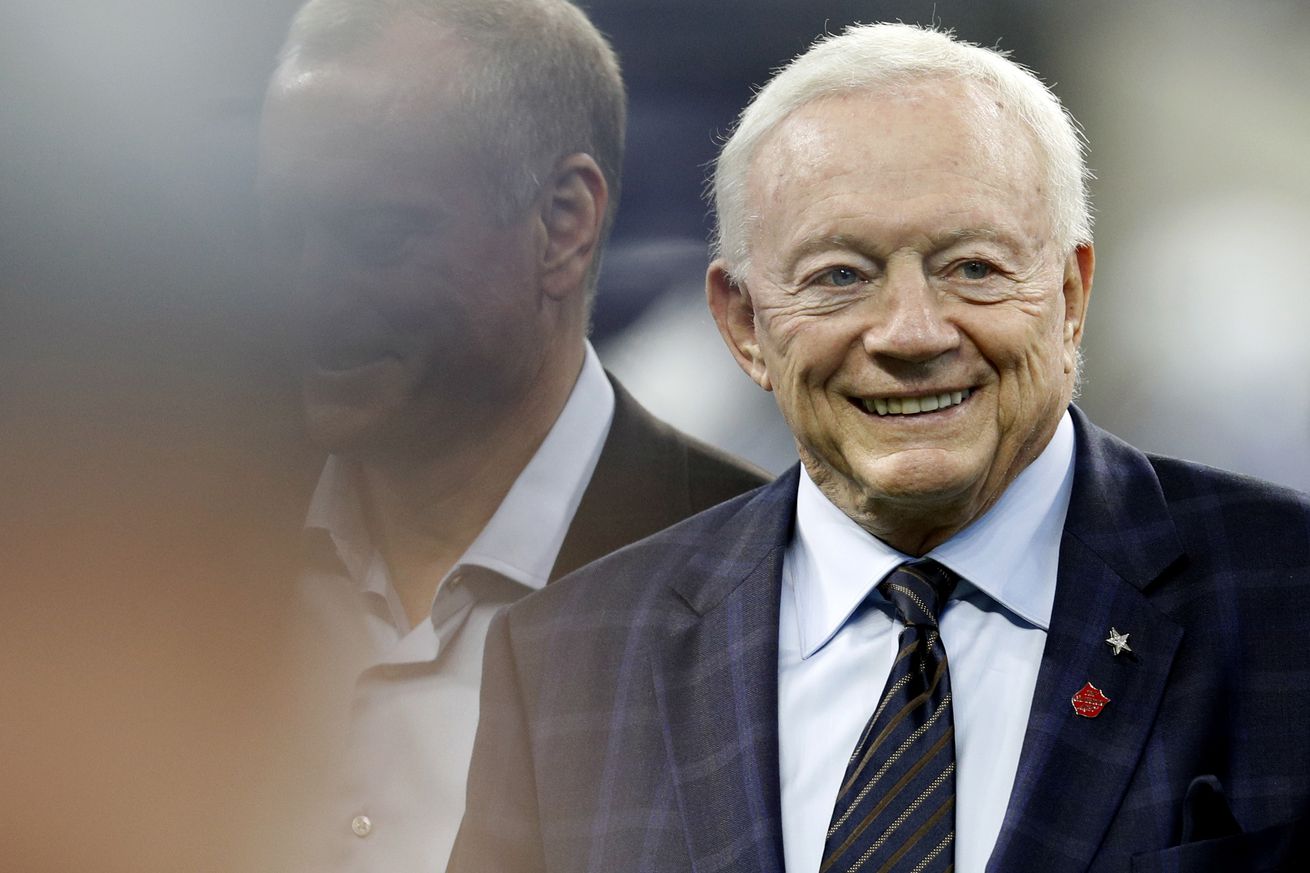 The Cowboys owner/GM is confident about the upcoming season, but isn’t he always?

There is one consistent thing about Jerry Jones, owner and GM of the Dallas Cowboys, and that is he is an optimistic man. Every offseason, Jones makes proclamations about the Cowboys being an improved team and how they could make a major run. He’s doing the same this offseason, but given the Cowboys success in 2018, his prediction this year comes with some specificity.

“Everything we were about was improving from where we were this year,” Jones said. “There is no reason. There is no tangible reason we shouldn’t be expected to be better than we were last year.”

If you take that statement literally, it means the Cowboys should reach the NFC Championship game at the minimum. The Cowboys made it to the Divisional round last year, so if they are going to be better in 2019 they would need to make it to the next step, the Championship round. Now, you could say they are a better team in 2019 but events transpired to hold them back like injuries or the schedule or some other external factor. But we’re going with the literal interpretation. Why?

Because Jerry Jones left Jason Garrett on the final year of his deal without an extension. Basically, that is saying win big or look for a new job. Jones believes he has the team to win; Jason Garrett has to make that happen.

BTB agrees. When we took a poll in mid-April about what it would take for Jason Garrett to keep his job, 55% specifically said at least make the NFC Championship game, with a combined 82% saying he has to achieve that level or more (some of that 82% includes people who think he has to make the Super Bowl, or win it, to keep his job).

The Cowboys have had a nice offseason as they have made DeMarcus Lawrence a happy man, they got Robert Quinn on the cheap, they added Randall Cobb to replace Cole Beasley and Jason Witten has returned to solidify the tight end position. They also just completed a draft that has given them additional weapons.

But there is one change that Jerry Jones is putting a lot of faith in.

He continues to put a lot of stock in [Kellen] Moore being creative and making the offense more unpredictable than it was under [Scott] Linehan, despite it being his first year of designing and calling plays.

We’ve heard that refrain before, the one about the Cowboys upgrading their offense to a more modern approach instead of the very traditional scheme they were running under Scott Linehan. This year, it seems like they truly mean it considering they fired Linehan and elevated Moore.

It would appear the Jason Garrett knew he needed a change, but with only this year left on his contract he knew he couldn’t change too much. He just didn’t have the time to institute a brand new scheme under a coordinator from outside the organization. So he split the difference, he’s keeping the basic offensive system but bringing in some fresh ideas.

Everybody is rolling the dice on 2019, and unless they come up winning numbers we will be seeing a brand new Cowboys coaching staff in 2020.