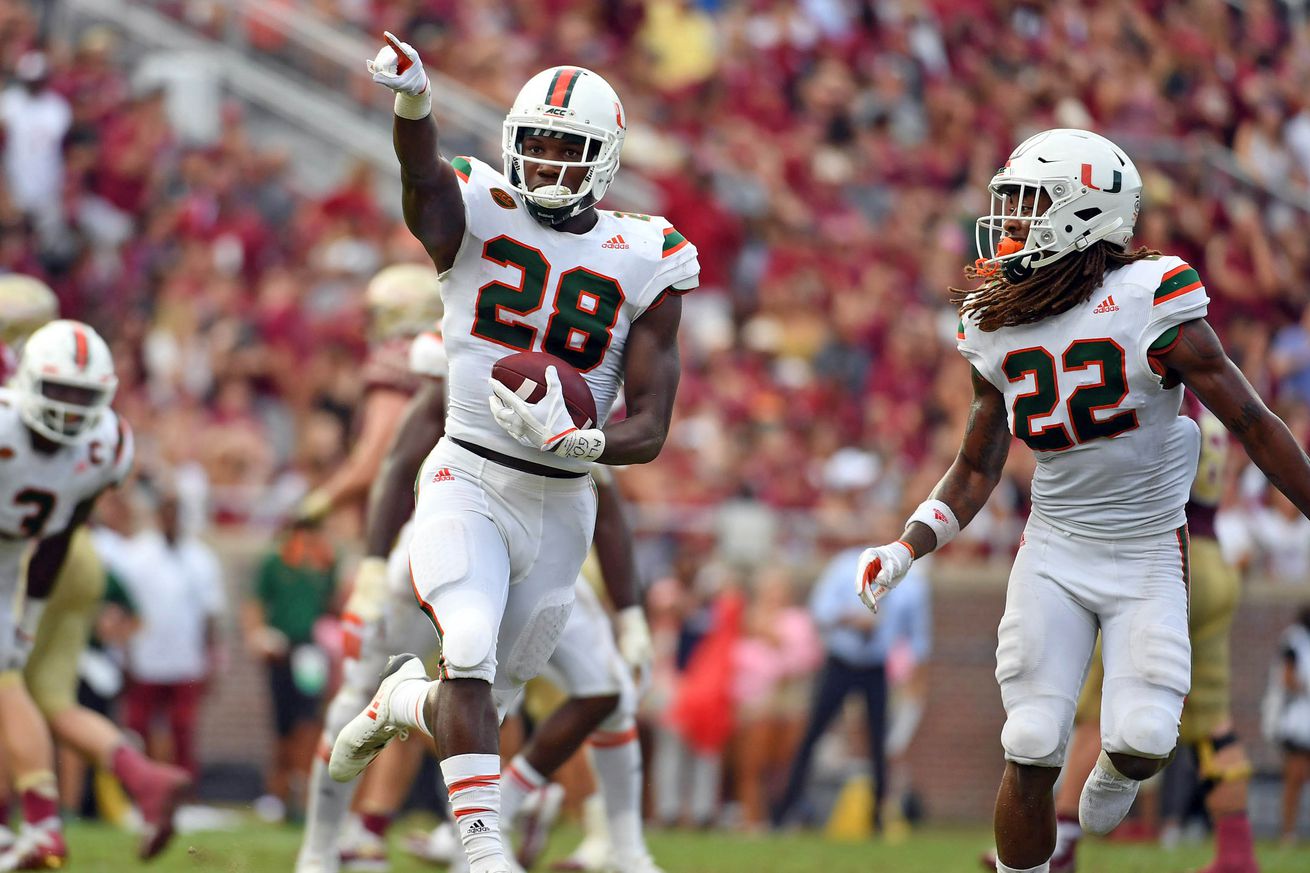 He could be a real thriller to watch.

As the draft got closer and closer, it started to become apparent that the Cowboys would look to find a cornerback at some point, considering that their top four corners, most notably Byron Jones and Anthony Brown, all have expiring contracts over the next two years. After passing on a few early on, Dallas selected Michael Jackson of Miami in the fifth round at 158th overall.

Standing at 6’1” and 210 pounds, Jackson has 32 1/2” arms, which basically makes him the ideal Kris Richard corner. His 4.45 40-yard dash was tied for eighth best among corners at the combine, and his performance in explosiveness tests – a 130” vertical jump and 40.5” broad jump – both ranked fourth at his position. His agility numbers weren’t as great, but they were nothing to scoff at.

The biggest concern about Jackson coming into the NFL was about his functionality in coverage, though. In 2017, Jackson had four interceptions. The other three years in college? Zero picks. While he knocked down six passes as a senior, he failed to record a single takeaway. NFL.com’s Lance Zierlein opined that his “lack of cover traits could get him beat unless he finds the right scheme fit.”

Similarly, Kyle Crabbs of The Draft Network summed up Jackson by saying that “Jackson’s lapses in discarding blocks, tendency to grab just a split second too long on breaks and his modest change of direction skills and burst in space pose as barriers that will make him a scheme specific prospect. Jackson needs to play press-man coverage in order to properly illustrate his strengths.”

And therein lies the fit with the Cowboys. Jackson is a big, long, strong corner who excels in press coverage. His physicality at the line of scrimmage helps to hide his average agility, and that plays well into the style that Richard has his defensive backs play. By coming to Dallas, Jackson will be asked to almost exclusively do the thing he does best.

And when he does that one thing, he does it very well. Check out this nugget from Pro Football Focus:

Jackson was most targeted on Go Routes last season. On Go Routes, he allowed 5 receptions on 18 targets for 118 yds, 0 TDs, and a 54.4 passer rating. #CowboysNation pic.twitter.com/LGDLIWSgPr

The go route, also known as a fly route or vertical route, is one of the harder routes to defend in press man coverage. If the receiver can get by their defender, they usually burn the defense for a huge gain. Considering that six of Miami’s 13 opponents last year had top 50 passing offenses, Jackson certainly saw his fair share of challenges.

And yet, he only allowed a 27.7% completion rate on go routes, which he saw more than any other route. Opposing quarterbacks had a 54.4 passer rating against Jackson on these routes, which is pretty bad for passers. The most important stat here is the zero touchdowns Jackson gave up, indicating he didn’t get burned on any go routes.

It’s also very telling that Jackson saw more go routes than any other route. Usually that means that offenses think they can expose a weakness of his in that situation, but Jackson proved that wasn’t the case. This is largely due to the physical way Jackson plays, especially on the line of scrimmage.

Coming to Dallas, Jackson will likely not contribute much in his rookie year, giving him the opportunity to develop and learn the playbook. But in 2020, which is likely when Jackson will be called upon in a more meaningful way, he’ll come in with some key ingredients – his ability to take away the big play and get physical at the line will help him greatly.

And with the tutelage of a coach like Richard, who has an extensive track record of developing defensive backs, it might not be too long before we talk about Jackson as a starting cornerback in the NFL.