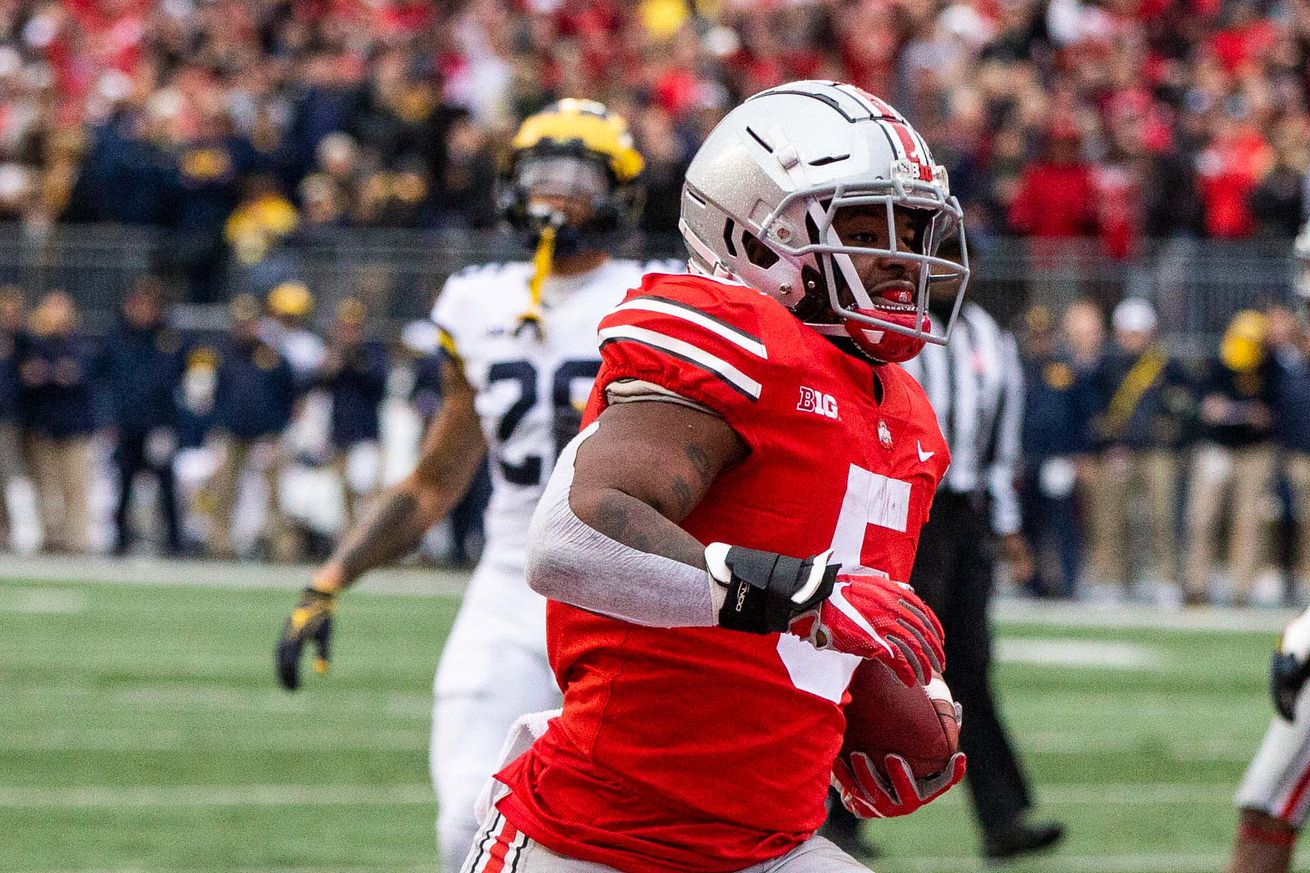 The Cowboys second running back draft pick is hard to get a handle on.

The Cowboys decided to revamp their running back corps behind Ezekiel Elliott in the 2019 draft. They picked up Tony Pollard in the fourth round, a position-flexible running back/receiver who can create huge plays. Pollard has got most of the attention when it comes to the running back selections as Cowboys fans are pinning their hopes on him as a harbinger of the Cowboys opening up their offensive scheme under Kellen Moore. He is clearly the sizzle, but he’s also not thought of as an every-down workhorse back.

The responsibility for the true backup running back doesn’t appears to be Pollard’s, but seventh-round pick Mike Weber’s. He’s the three-down back that has the build and running style to be the guy to take the field regularly if, God forbid, something were to happen to Ezekiel Elliott. The scouting reports on Weber have been all over the place, as were his draft projections. Some mocks had him as high as the fourth round, but in general it seems the fifth or sixth round was the sweet spot for Weber going into the the draft. The Cowboys thought more of him than that according to Bryan Broaddus.

Bleacher Report called him the best value pick for the Cowboys.

Weber plays a downhill style of ball. His compact 5’10”, 211-pound frame and 4.47-second 40-yard dash make him a punishing runner between the tackles once he stamps his foot in the ground and barrels down the field. In a heavy zone-running scheme in Dallas, Weber should make for an effective, cheap backup to Ezekiel Elliott.

The Mothership has a couple of supporters of Weber including Mickey Spagnola.

The Cowboys need candidates to back up Ezekiel Elliott, and this guy seems to have those traits. He’s 5-10, 214, and in his red-shirt freshman year rushed for 1,096 yards and caught another 23 passes to win Big Ten Freshman of the Year. Now he’s been a backup mostly these past two years, but that is what the Cowboys are looking for. One draft analyst had him projected to go in the fourth round, and while his negative is he isn’t “flashy,” his positive that caught my eye is able to break tackles and that he may prove to be a better pro player than he was in college. Bring him on.

One more testimonial from a writer who covers Ohio State.

If clubs at the next level are looking for a guy with untapped potential, the skills to play on all three downs, enough athleticism to perform against professionals and a background with a program known for producing NFL-caliber running backs, Weber is going to be a steal for somebody. And that value should only be enhanced since he’ll still likely be sitting there waiting in the third round.

Weber is in a peculiar position in that he is projected to backup Ezekiel Elliott, and as such is unlikely to see any significant playing time. We may never know how much talent he truly has if the Cowboys keep riding the Zeke train. But, if the Cowboys decide they are not going to fork over a big dollar contract to Zeke in the future, or if there is any kind of injury, Weber could be thrust into a much larger role.

He was drafted in the seventh round, but he has plenty of believers who think he is more talented than that. The preseason games will be interesting to watch as we try to gauge just how good Weber is at the pro level. Is he just a backup, a rotational guy who is mainly insurance, or have we underestimated him?