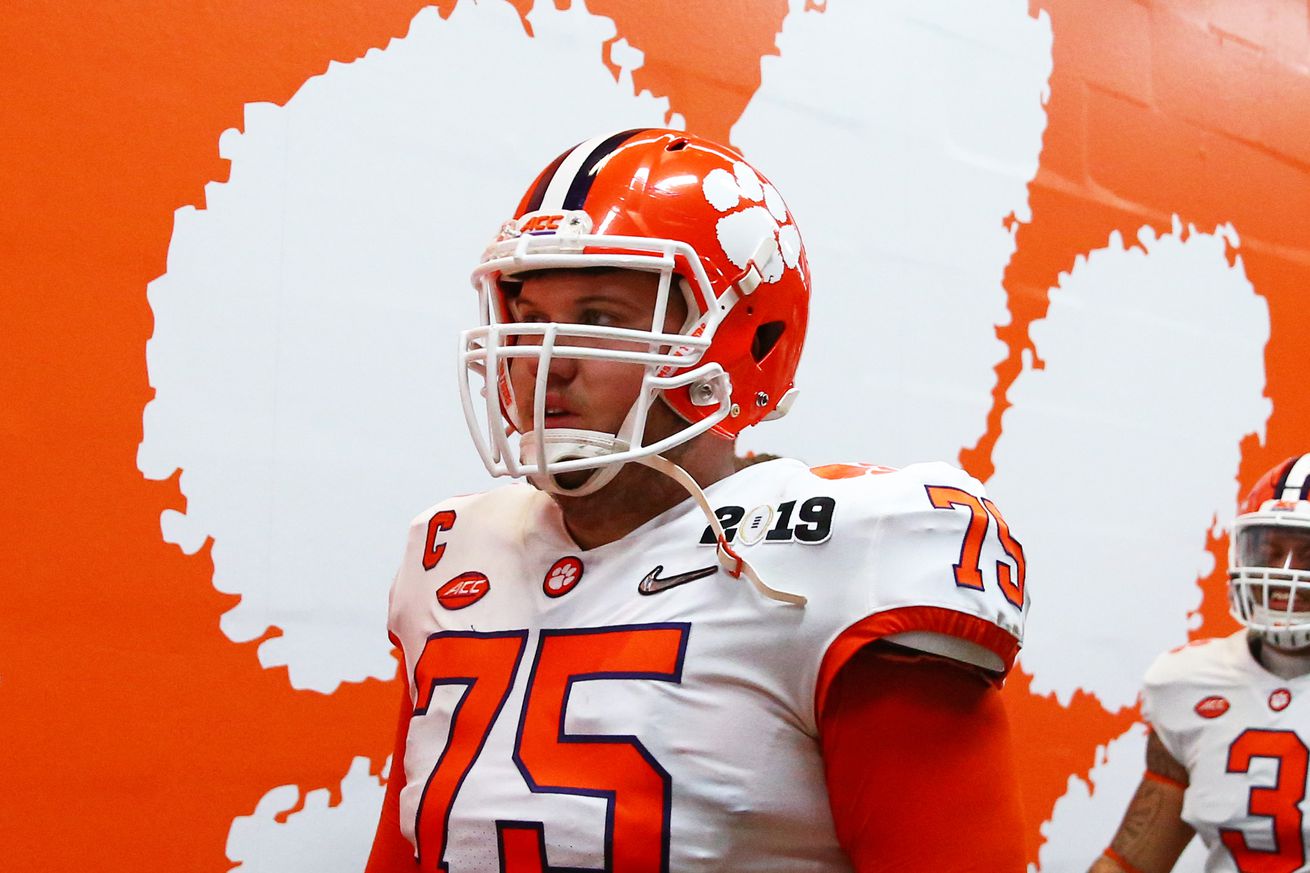 It’s difficult for UDFA talents to make it in the NFL but the Cowboys have guys that will challenge that.

If any organization knows about undrafted talents, it’s the Dallas Cowboys. After all, this organization found a multi-time Pro Bowl quarterback in Tony Romo, they turned Miles Austin into a star receiver as well. There are plenty of UDFA talents that somehow find a way to rise to the challenge and carve out good careers in the NFL.

The 2019 Cowboys have a tough roster to crack. Though the odds are slim for UDFA’s to secure spots on any of the 32 rosters in the league, some of these Cowboys signees have a chance. It’s kind of incredible when you see the draft value that wound up undrafted this year. The Cowboys were certainly working the phones for the guys they liked, here’s a look at the complete list:

On this list, there are guys that have obvious name value but there are six real contenders among this crop of rookie free agent Cowboys. Let’s take a look at some snapshot scouting reports of the heavyweights.

Had the Cowboys not taken Trysten Hill, it’s possible that Wise would have been the target in a later round. The Cowboys are fond of the Kansas development program for defensive lineman. Daniel Wise is another interior lineman that shows the burst off the ball and has great bend. Wise has developed his lower body well and understands the importance of leverage in trench warfare.

The issues that Wise seems to have is mainly with balance, he gets knocked down easily. Wise, much like current Cowboy Tyrone Crawford, plays with intensity and craftsmanship. Also, like Crawford in his early days, Wise has issues with hand fighting and detaching. Still, to be able to find this type of value in free agency is a major plus for the Cowboys.

The Cowboys have a type when it comes to offensive linemen, they go after lunch pail guys from big programs with a ton of experience. Mitch Hyatt is the type of player that is on the fast track to competing at the swing tackle position. Hyatt has 57 starts at left tackle and he’s as tough as they come. When he’s out there, you’re getting a blocker with a mean-streak in him, but he keeps control of that aggression and uses it to his advantage.

There are technical aspects that he needs to develop, especially footwork. At the very least, Hyatt is a guy that can help immediately upgrade the short-yardage redzone rushing attack. He excels in short-yardage situations, an area where the Cowboys had mixed results.

Westry has all the physical gifts that you want in an NFL cornerback. He’s long and has tremendous athleticism. Westry does a nice job of staying physical with receivers and has a tendency to wear the opponent down. He is a solid tackler, he wraps guys up but sometimes his physicality becomes overaggressive. He’ll need to lose that habit he has to grab receivers to make it in the NFL and he’s likely to hear his name called quite a bit in preseason.

The traits mixed with his physical makeup make him a great candidate for Kris Richard’s development program.

Rod Marinelli loves explosive three-tech prospects and Ricky Walker makes a trifecta of rookie under-tackles joining the roster. Much like Trysten Hill, Walker has a lightning-quick first-step and burst. Where he separates himself is in his change of direction abilities, he’s very agile and athletic.

The problem with Ricky Walker is that he doesn’t have much power and gets washed out of the play far too quickly. If Walker sees a a wide lane to the ball-carrier, he’s on point but he needs to develop a better pass rushing plan for the NFL when Plan A breaks down.

It’s going to be easy for these offensive coaches to fall for Jon’Vea Johnson because there’s a lot of physical traits that he shares with former Cowboy Dez Bryant. Johnson has big-bodied frame and he does a great job of using it to his advantage. He seems to always work his way back to the quarterback and that’s something that every passer loves. Johnson has made his bread as a vertical threat and doesn’t need the most accurate passer to produce.

Where he struggles is with keeping focus which can lead to drops and he’s not much of a burner. Johnson has a quick release but he doesn’t consistently separate which is something he’s going to need ample work on.

Jalen Guyton is likely to be a lot of people’s pet cat because there aren’t many weaknesses to his game that can’t be fixed. He’s got elite size, above-average speed, creates consistent separation, and plays with physicality. Guyton has got the contortion/adjustment game down. Sure, he struggles with some body catching and needs to develop his route tree but the blueprint is there to mold into a viable NFL weapon.