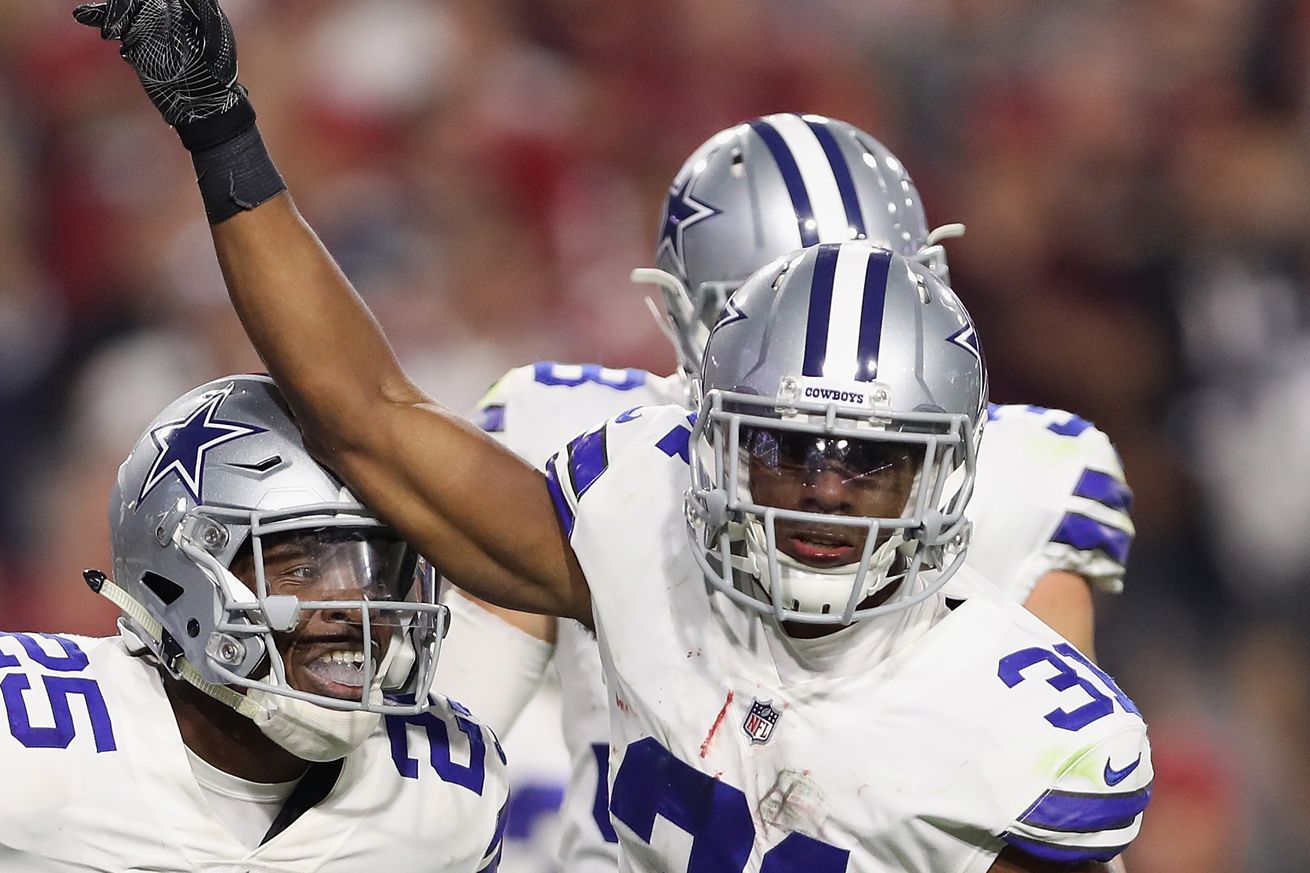 The Cowboys finally have themselves a top corner, so let’s keep it that way.

Playing armchair GM is a fun exercise for many Cowboys fans, but over here at BTB, it’s not something we take lightly. We dig deep whenever we decide to climb out on a limb and predict important decisions within this organization. This offseason, we’ve discussed how franchise-tagging DeMarcus Lawrence a second time was just a formality and how a long-term deal was coming. We’ve talked about how Cole Beasley wasn’t likely to re-sign with the team. And we’ve even come to the difficult conclusion about how Sean Lee should take a pay cut. In fact, when it comes to predicting who’s staying and who’s going this offseason, we got it dialed in pretty good this year.

But one thing we’ve tried to avoid this offseason is making a prediction about what to do with Cowboys cornerback Byron Jones. And rightfully so – this case is a hard one to crack. There are two sides of the coin and they both hold a lot of value. The Cowboys struggled with what do with him the first three years of his career, shuffling him around purely based on team need. That’s not to say he hasn’t been a solid fixture to the defense in that span, but it pales in comparison to what they got out him in his first full season at cornerback.

But it’s time to take a position on Mr. Jones and the verdict is – he stays. Here are three reasons why the team’s new All-Pro cornerback is worth keeping around.

Jones had a breakout season this year, but it’s the only season throughout his four-year rookie deal where he’s shined. Not only that, but he wasn’t as great down the stretch so how do we know he can do it again? And furthermore, Jones doesn’t intercept the ball. He has only two career interceptions and a grand total of zero in 2018. Even DeMarcus Lawrence had more picks than Jones last season. The team didn’t trust Lawrence’s one-year breakout, so how in the world can you justify giving him a sizable second contract?

First off, the Cowboys cautiousness with Tank ended up costing them in the long run. Sure, they can sleep better at night knowing he’s the real deal, but it cost the team multi-millions in the process. With Lawrence, the team had a good enough sample size to see that he was great, but injuries muddied up the waters. The team wanted to get this right so they waited until they could see clearly.

The Cowboys should learn from this experience and not make the same mistake with Jones. His regression down the stretch was likely impacted by a hip injury that required surgery this offseason. And you can’t use his time at safety against him because it’s the teams fault for not knowing how to fully utilizing his strengths.

Jones is physical at the line of scrimmage and smothers the receivers throughout their route. He has the athletic traits to mirror receivers and discipline to do it consistently. Jones embodies everything new defensive backs coach Kris Richard loves in a corner. In fact, all of Richard’s merry men flat out smothered receivers, with Jones leading the way with the highest percentage of tight window targets.

Not only does Jones suffocate his man, but when his opponent does get space, it’s usually not for long. Jones has great closing burst to knock down passes, which is one of the reasons Jones allowed the fourth lowest completion rate in the NFL. Sure, the interceptions aren’t there, but Jones does a great job defending the pass. Only Kyle Fuller had more pass break-ups than Jones last season.

While he didn’t take the ball away like you’d hope a top corner would, he essentially did everything else that you’d want a cornerback to do, and he did it at a high level.

The Cowboys did not use a premium draft resource on a cornerback. Miami’s Michael Jackson was added on Day 3, but he’s not expected to be taking over a starting outside corner job anytime soon.

What they used a premium draft resource on was a defensive tackle and an offensive lineman. The addition of Trysten Hill and Connor McGovern means the Cowboys are likely to have great replacements lined up should they lose Maliek Collins and La’el Collins in free agency. Both Collins men are reliable players at their respective positions and it would be great for the Cowboys to be able to keep them, however they have to be judicious when determining who gets an extension. Hill should be the future at the 3-tech position and it wouldn’t surprise if McGovern was starting at left guard sooner versus later.

While the Cowboys are prepared if Malik or La’el walk, the same is not true at the cornerback position should Jones leave. Anthony Brown is also a free agent after the season. Chidobe Awuzie and Jourdan Lewis both hit free agency in 2021.

If the team is going to need to find a good cornerback real soon, wouldn’t it make sense to just keep the one they got?

Dane Brugler put together his early guys to watch for in the 2020 NFL Draft and ended up mocking five cornerbacks in the first round, ranging from picks 13 to 28. This could mean that the top player available when the Cowboys pick next year is a cornerback. Of course, we thought this year’s draft would line up perfectly for a safety, and we all saw how that went down.

Jones has been the odd man out in terms of who might not get a contract and that’s because many of the other guys mentioned in that conversation have proved their worth. If Jones is also worth it, then he needs to be retained and the Cowboys shouldn’t be held back by the cap. The whole process is to draft, develop, and retain – and Jones fits perfectly into this group.

Jones has played in all 64 games of his rookie career. He is incredibly resilient. We thought maybe he would be lost for an extensive amount of time when it appeared that his knee popped out of place but then he just nonchalantly put it back in place. It was that moment we realized he was indestructible. Injuries are fluky things and you never know when they will rear their ugly head, but Jones is one of those guys that’s going to go about everything the right way to make sure he’s on the field.

And it’s not just his good health that’s appealing. Jones is a consummate professional who takes his job serious. He’s a leader on the field and a leader in the locker room. You know you’re going to get a player that is going to be the best version of himself and those are the types of investments you want to make.

The Cowboys may very well wait until next season to make a decision with Jones, but that might not be a smart move. Another season playing at a high level means he’ll cost even more and possibly price himself out of Dallas. The front office may want to get ahead of this and offer Jones an extension now while the opportunity of new money is more appealing. If the Cowboys can get away with paying him a tier less than what the top corners are demanding, then this could end up being a cost-friendly investment, especially if Jones builds on last season.

Watch out for the Cowboys defense this year. With All-Pro’s in the trenches, in the middle, and in the secondary – this could make them a special group to watch this season. pic.twitter.com/2b7qjwxSoA