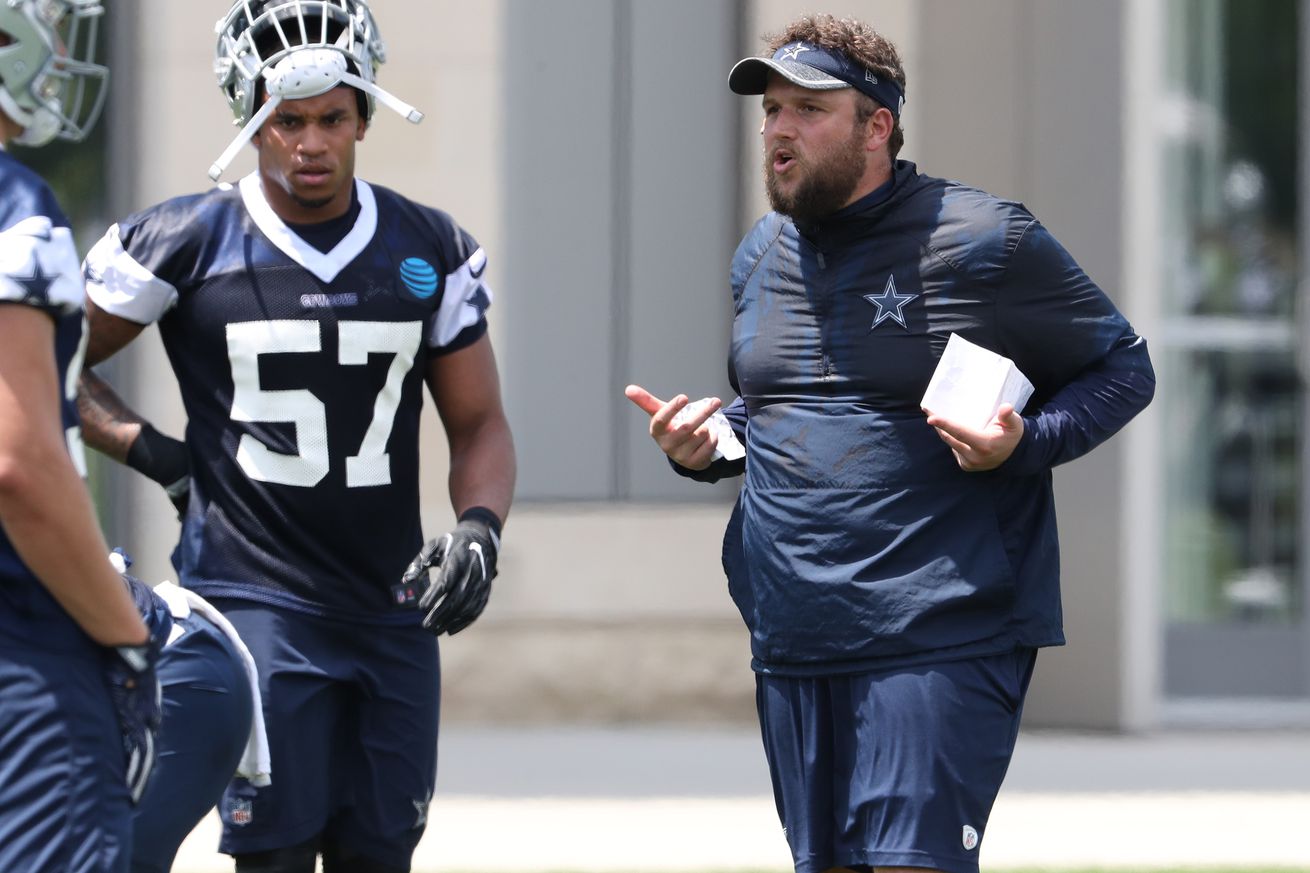 An old interview sheds a comical light on the coach.

Ben Bloom is entering his ninth year with the Dallas Cowboys, but only his second year as a position coach. He was elevated to linebackers coach last year when Matt Eberflus left to coordinate the defense in Indianapolis. Despite being a relative newcomer with little experience, as we broke down last year, Bloom made a name for himself in the way both Jaylon Smith and rookie Leighton Vander Esch surpassed expectations.

In fact, it was the linebackers on this Dallas defense that made them a top ten unit last year, as well as the fifth-best run defense. While there were bigger names like DeMarcus Lawrence and Byron Jones, both of whom enjoyed spectacular seasons in their own right, it was Bloom’s linebacker corps that ultimately stole the show.

While there’s only so much we have been able to learn about Bloom thus far, an old interview with him has recently resurfaced thanks to Bobby Belt using it to prove that Bloom is an awesome interview. The full interview is from 2004, when Bloom was playing center at Tufts University, where his coaching career began as a graduate assistant in 2005.

The interview contains a lot of gems that help us get to know Bloom better, including that he went by Benny at the time. Perhaps the best tidbit of information here is the nickname that Bloom lists for himself: the Bleu Cheese Bodybag. I’m not really sure what that’s supposed to mean, but it certainly has a nice ring to it.

One of the more interesting parts of the interview is how there are hints that Bloom, a senior offensive lineman at the time, was destined to be a coach. In his free time, Bloom played a lot of Madden and apparently spent a lot of his focus there on drawing up the perfect hot routes. Bloom was once spotted teaching blocking techniques to the school cook. He also lobbied for his coach to use a play that Bloom drew up that allowed the center – so, Bloom – to check in as eligible and score a touchdown. It didn’t happen, but he at least tried.

But it’s the last two questions of the interview that really highlight the fun personality of the Cowboys’ linebackers coach:

6. You were nowhere to be found Saturday night. Would you like to confirm your whereabouts and end all speculation?

There was a Sex and the City marathon on TBS and as badly as I wanted to go to DU, I was having too much fun spending my Saturday night with Carrie, Miranda, Charlotte and Samantha.

7. What’s the rhyme or reason behind the ‘fro? Any thought of cornrows?

I have considered cutting the ‘fro but after numerous compliments from the Tufts Female Community I had no choice but to let it be and let the ‘fro continue to grow. I’ve heard cornrows hurt and pull on the scalp, so with my delicate and tender scalp I would be more open to the less painful and more free-flowing braids.

Bloom certainly seems like a great guy to get a beer with, and that kind of appeal could be what has made him so successful as a coach at this early stage of his career. Players are more likely to listen to coaches they like, and with a personality like this, how can you not like Bloom? Here’s hoping that his second season coaching the likes of the Predator and the Wolf Hunter turns out as good as the first.