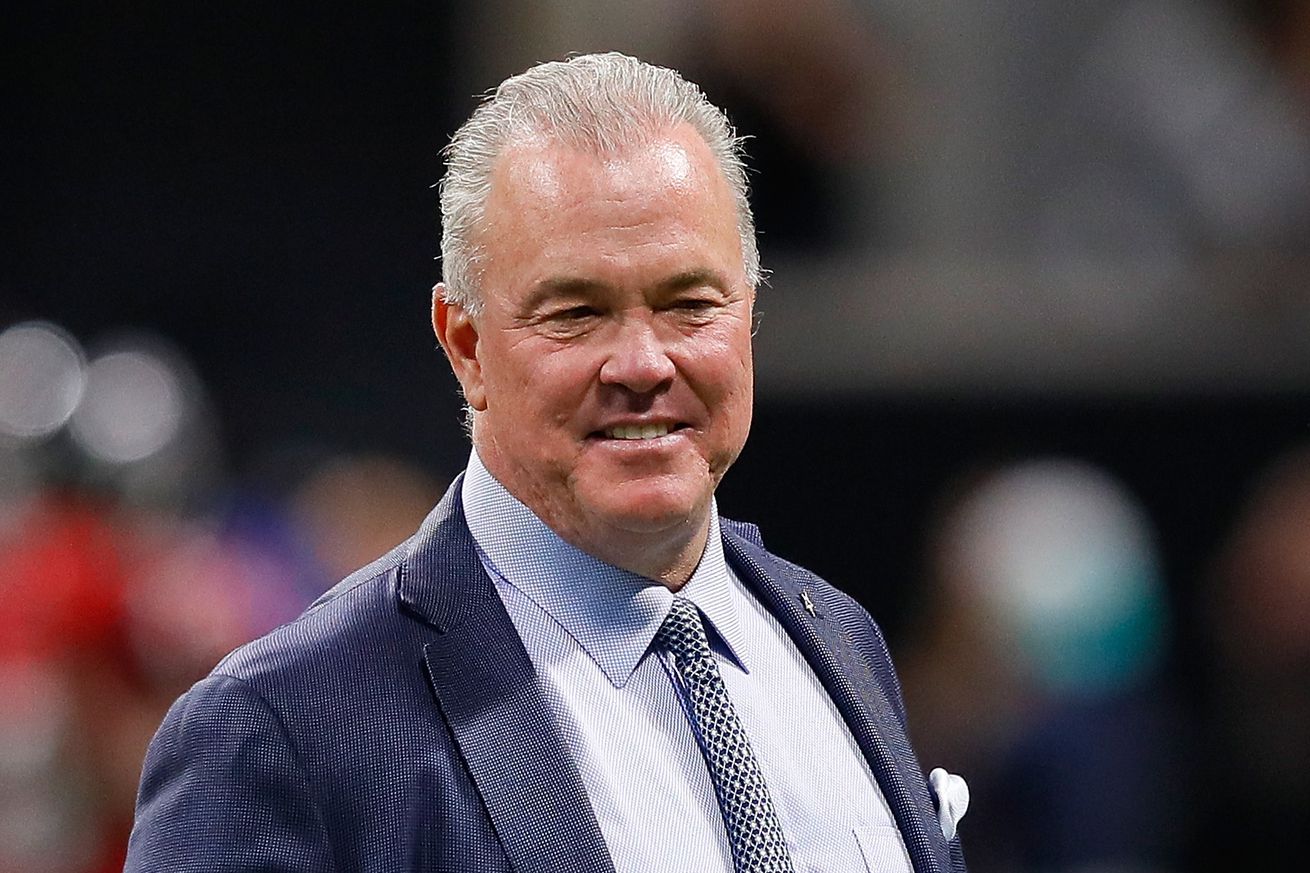 The Cowboys VP tries to sell the communal thing, but players want to get paid.

With so many Cowboys players needing new contracts, and not just any old players but star players, there is always concern about fitting everyone under the cap and keeping the gang together. That job primarily falls to Stephen Jones. He’s done a fantastic job recently of getting the Cowboys salary cap in order and keeping bothersome things like dead money to a more manageable number.

He just finished up a huge deal with DeMarcus Lawrence, is now in negotiations with Dak Prescott and Amari Cooper, and will still have to deal with Ezekiel Elliott and Byron Jones among others. The man has a lot on his plate.

He’s doing his best to sell the players on the idea of a communal approach to contracts and not maxing out each deal.

The Cowboys want to get those deals finalized without “maxing out” each player.

”If we can talk them into not maxing out, doing well, but not maxed, that allows us to have other good football players around them,” Jones said during the team’s annual golf outing for sponsors at Cowboys Golf Club. “And we all know what happens, you look at the TV booths and look at what these players do off the field. If we can put Super Bowl rings on these guys, they’ll be legends around this area for many, many, many years to come.

”What they may give up a little bit in their contract, they should be able to invest in being a Cowboy and making our teams better.”

In the abstract that sounds like a good idea. Don’t take every dollar you can and we can build a better team. Plus, we’re the Cowboys so if we’re successful you will make money through endorsements and you will have a big career after you leave the game. There is truth in what Jones is saying.

Unfortunately for him and the organization, the players are not exactly buying the argument. And there is no reason they should have to if they so choose. They are putting their bodies and mind at risk, careers can change in an instant, and getting paid the most you can, while you can, is a solid strategy.

During the DeMarcus Lawrence negotiations, when Jones brought up a form of this argument, Lawrence let him know he wasn’t hearing that.

On the call, Cowboys executive vice president Stephen Jones mentioned the team had to have the ability to spread the salary-cap space around to retain players such as Amari Cooper, Dak Prescott, Ezekiel Elliott and Byron Jones, and others going forward to build a Super Bowl roster.

”That is not my concern,” Lawrence told Jones. “That’s your job.”

That’s to the point, and in no way unfair for Lawrence to say. Dak Prescott has said something similar, and given how tragically underpaid he has been in his career so far, him wanting top dollar makes even more sense.

“I think the team knows how to pay what’s deserved,” Prescott told USA TODAY Sports before the Super Bowl, “and pay those other people at the same time what’s deserved without being frugal.”

He even used the Tom Brady team-friendly deal to illustrate his point of wanting what he deserves.

“Nobody’s wife makes as much money as his wife does either,” Prescott said of Brady’s supermodel wife Gisele Bundchen, who earned $10 million in 2018 and $17.5 million in 2017, per reports. “When Tom Brady isn’t the breadwinner in the home, then that’s a great problem to have.

“So in that case, he can do that. He can do his contract however you want to do it.”

Stephen Jones should be applauded for using every negotiating argument he can bring to the table. If it saves a million here or there, all the better. But reality shows that players are going to ask for top dollar. They should, an NFL career is a tough one physically and mentally and can be short or come to an end abruptly.

In the end, there is one thing the Cowboys have going for them in all these upcoming negotiations.

“You know the good news is, that cap continues to grow,” Jones said. “And it is growing and it’s great for our players, it’s obviously great for the teams, that we’ve done a good job with our business in terms of generating revenue.”