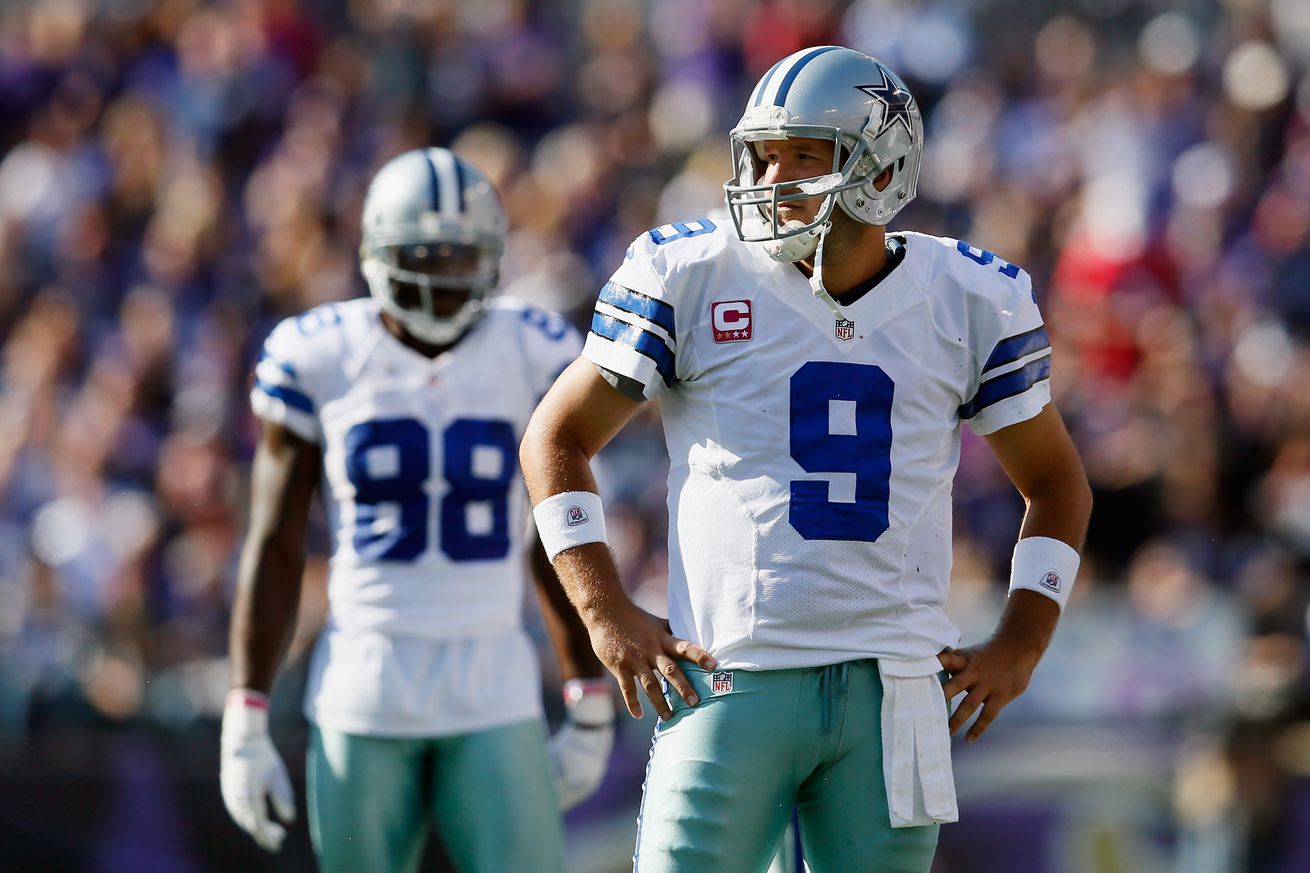 No matter what you do, long-term contracts are inherently risky.

When DeMarcus Lawrence signed his long-term deal with the Dallas Cowboys I couldn’t help but retreat back to one thought:

This hasn’t exactly gone well for the Cowboys in recent memory.

To be clear here, I’m talking about big-time deals for big-time dudes. Tank is of the franchise cornerstone variety, you don’t hand out extensions like that just because (as evidenced by how long Lawrence’s contract took). There are those extensions that a team signs a player to that the rest of the NFL takes notice of, Lawrence’s contract certainly fits that bill.

While we’re all hoping (with definite reason to believe) that Lawrence will live up to the expectation a mammoth deals bring, the reason I kept going back to that thought was that the previous two extensions Dallas signed like that didn’t exactly work out so swell. The Cowboys passed on signing DeMarco Murray to a deal like that, but they locked down Tony Romo and Dez Bryant to those huge extensions. Again… not so swell results.

The Cowboys barely got two seasons out of both Romo and Bryant after they signed them to contracts that put them among the highest-paid people at their respective positions. While there were definitely moments that made us smile, there’s no getting around that, those deals were failures in the sense of the intended life of them.

Long-term deals are always going to be a risk, we know that

These days the subject of long-term deals runs rampant when it comes to the Cowboys as there are so many hanging in the balance. Amari Cooper is up for a new contract, Ezekiel Elliott is as well, Byron Jones is going to need to get paid, and oh yea Dak Prescott is eligible for a new deal.

Prescott’s deal in particular is the one that sets conversations ablaze as there are so many different ideas on whether paying him is the absolutely correct, or utterly disastrous, move for the team. I spoke to the mothership’s David Helman on the latest episode of The Ocho on the BTB podcast feed (subscribe here), believe it or not it’s possible to talk about it rationally without everything falling apart.

Odds are very slim, or rather they’re not exponentially high, that the Cowboys are going to sign all of these guys to long-term deals and that they’ll all end up in the Pro Football Hall of Fame. These types of contracts are risks and you have to be as calculated as you can be with them, Stephen Jones is very good at that.

The difference now is that the players we’re talking about the Cowboys signing are all young and ascending. When they paid Romo, more specifically Dez, they were paying for past production. The trajectories of Dak, Zeke, Amari, Lawrence, and Byron all appear to be rising. That is the type of thing that mitigates the risk.

Dallas finds themselves in a treacherous situation with all of these looming deals. There are a number of ways that everything can finish, but if they do their homework they can maximize the window of good ones and hope to end up there when it’s all said and done.