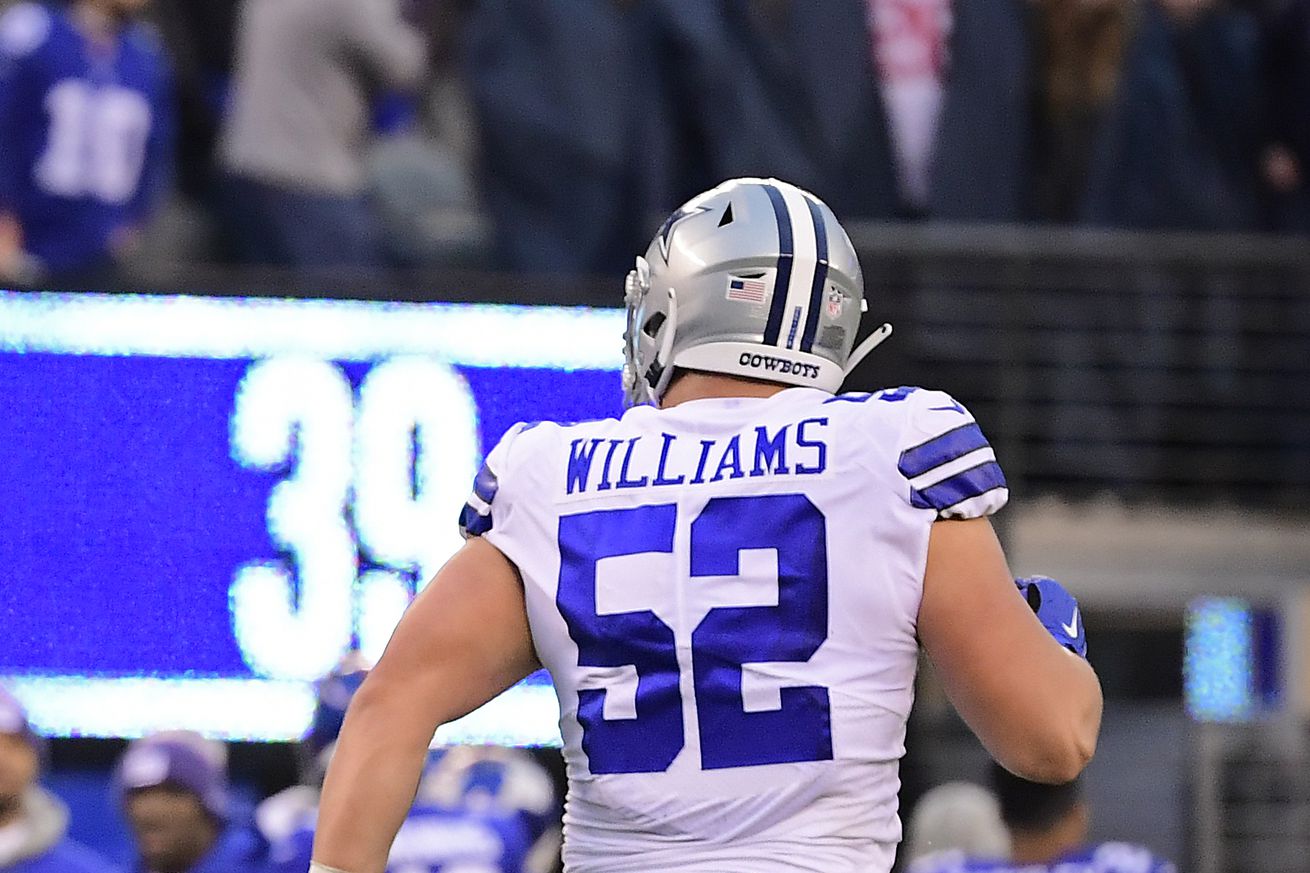 The two Connors are set to battle during Cowboys training camp.

Going into the 2019 draft, there wasn’t a whole lot of thought given to drafting a guard with a high draft pick. It was generally assumed that 2018 second-round pick, Connor Williams, would handle that position after an up-and-down rookie season that saw him lose the job temporarily, partially because of injury. But then the third round of the 2019 draft happened, and when the Cowboys were on the clock they saw Connor McGovern was still available. Given their high grade on him, they felt compelled to pick him. They even passed on a trade down as Jason Garrett exclaimed “we love Connor!”

The drafting of McGovern sets the Cowboys up to kick the other Connor, Williams, out to right tackle in a year if the team doesn’t re-sign La’el Collins. The addition of McGovern also gives the Cowboys a strong offensive line with plenty of depth.

That’s all good, but the question is being asked – which Connor should start at left guard this season? Assuming Travis Frederick returns, the other four positions along the line are pretty much set. LT Tyron Smith, C Frederick, RG Zack Martin and RT La’el Collins. Left guard, though, could see a competitive battle. Given how high the Cowboys were on McGovern, it seems only natural they would let him battle Williams for that position.

Let’s check the pros and cons of each.

Pros – Now has a year’s worth of experience playing in the NFL and has some continuity with his his fellow linemen in the trenches. Pictures and accounts from insiders claim that Williams has bulked up, strength and weight were something that plagued him in his first season with bull rushes. Williams has nice feet and was a plus when asked to pull and get out in space.

Cons – Guard just may not be his natural position even with his shorter arms. His feet and style of play may be better suited to the tackle position. He was unable to lock down the left guard spot last year and was even benched for a bit once he returned from injury.

Pros – Body is NFL-ready and has been praised as a powerful run blocker. Seems to be a good fit for a zone blocking scheme. Has a strong base and not susceptible to bull rushes. His size and power just seem like a natural fit from day one.

Cons – He’s a rookie and the transition to the NFL can be rough. Has some weakness as a pass protector; can get caught lunging and lateral quickness is a challenge. Might not be as nimble as you’d want reaching the second level.

So who ya got, BTB? Which Connor will be the starter when the games begin?