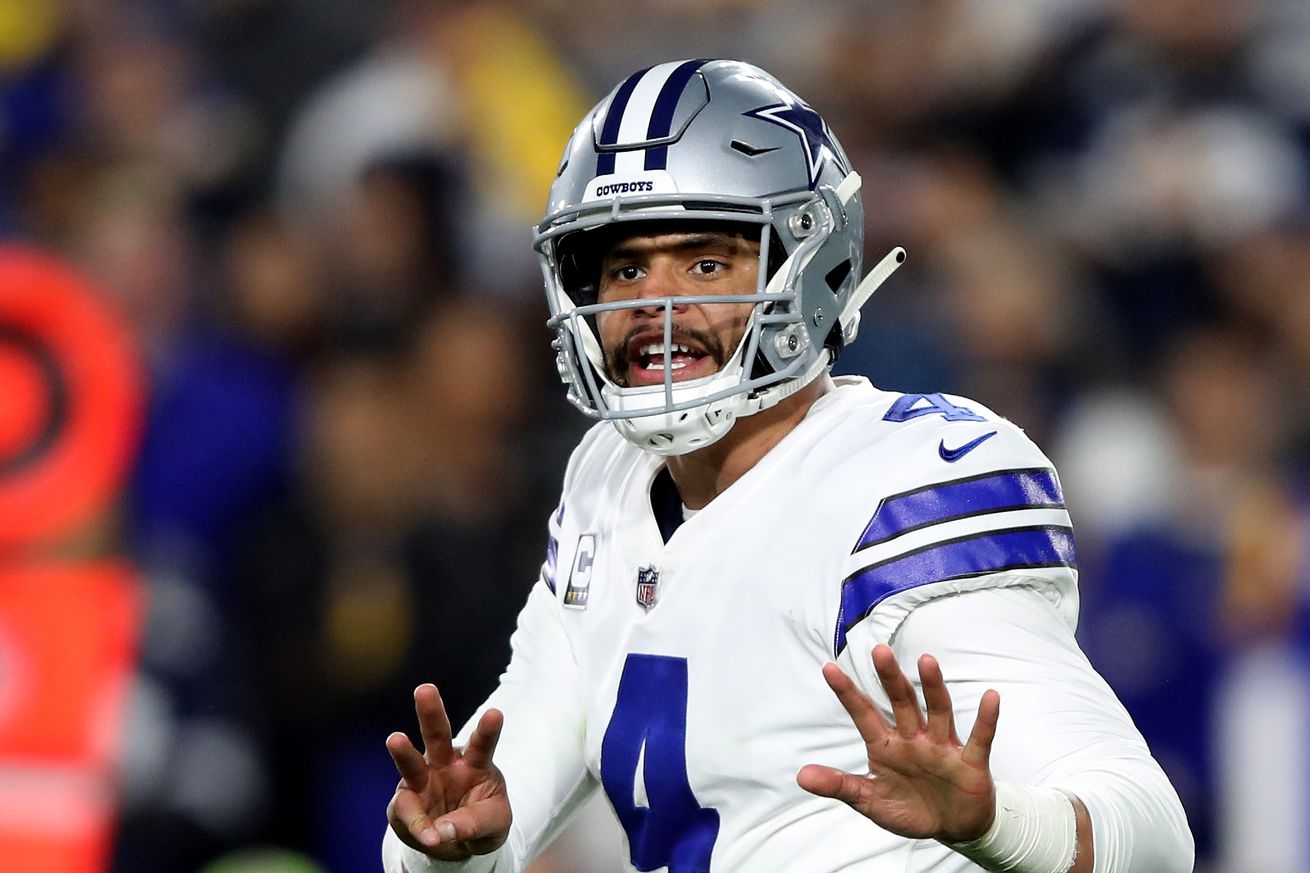 Pay that man his money.

One of the biggest discords among Cowboys Nation right now is what to do when it comes to extending Dak Prescott. For the last three seasons, he’s been the best bargain in football, playing on a fourth-round rookie contract. But soon, all that will change as he is expected to become the highest paid player in Dallas Cowboys history.

The actual value of Prescott is largely debated. Everyone has their own ceiling on what he should be paid. Top quarterbacks cost a pretty penny, but some believe Prescott doesn’t belong in that upper echelon of quarterbacks. They will point to his accuracy issues, or maybe they don’t like how he takes the easy way out too often with short underneath passes. Prescott’s pocket awareness leaves something to be desired as he’s the only quarterback I can ever remember who was sacked by his own offensive lineman. He’ll hold the ball too long, which has led to elevated sack numbers and far too many fumbles. He’s fallible.

And while these are things Prescott needs to work on, not all the problems on offense rest on his shoulders. Offensive line struggles, wide receiver turnover, and questionable play-calling has all played a part in the Cowboys offensive woes. Despite those issues, Dak keeps plugging away. Even when things don’t go so well early on, the perseverance of this kid is unparalleled. That element alone has to intrigue fans. He has demonstrated countless times the ability to make plays in the clutch. He’s very Romo-esque in that way, and who doesn’t love that?

So, if we can concede that Prescott has the ability to will this team to victory, then we must at least entertain that he’s one of the good ones. But is he $30+ million good?

The Cowboys front office thinks so. They are going all-in on their young star quarterback. Everything about how the offense is put together is custom-made for Prescott. A stronger offensive line, route-running specialists, and an up-and-coming offensive coordinator now calling the shots – are all recent changes made to help reinforce the offense. They’ve even brought over Jon Kitna to be the team’s quarterback coach to help Dak get better. The team is doing everything they can to help Prescott succeed, and it just so happens that Dak is willing to do what it takes to see that it happens.

Cowboys QB coach Jon Kitna on Dak Prescott: “He already has an elite mindset. He doesn’t want to just be good enough or very good or great. He wants to be the best. He wants to eliminate anything that maybe he sees as a weakness. His drive is what sets him apart, I believe.”

The Cowboys have seen this type of mentality from Prescott since Day 1 and that’s why they are convinced he is their guy. Stephen Jones can send out a bunch of smoke signals indicating how he’d like to come away with an affordable, cap-friendly deal, but Dak’s price will be his price. A quarterback with the résumé he has, who is only going to get better, is going to be expensive.

Stat of the Day.

Since 2016, only 2 Quarterbacks have thrown for more touchdowns AND fewer interceptions than Dak Prescott’s 67 and 25.

The Cowboys are just a few years removed from a season where they went 1-11 without Romo. Good quarterbacks aren’t easy to find and teams either have one or they don’t. If the Cowboys let the sand dwindle on the Prescott hour glass and let him get away, then it’s back to square one for them. All the time and energy the team has spent building around him will be for naught if they don’t have a reliable quarterback behind center.

All the games without Romo since the turn of the century has made it very difficult for the team to win, but when Dak showed up – that all changed. Prescott has a record of 32-16 since taking over as quarterback. When the Cowboys gave Romo $100+ million deal, he was 33 years old. Durability became a concern far too often. But Dak is just 25 years old and hasn’t missed a single start throughout his young career. Durability is not a concern with him.

It’s just a matter of time before the Cowboys extend Prescott, and don’t be surprised if it costs them $30 million annually. Instead, be happy. Be happy that the Cowboys will be one of the teams that have a good quarterback and that should catapult them into contention for years to come. Will he be good enough to lead the team to the Super Bowl? Who knows. It remains to be seen just how good this kid will be, but one thing is for certain – it’s going to be fun watching him try.