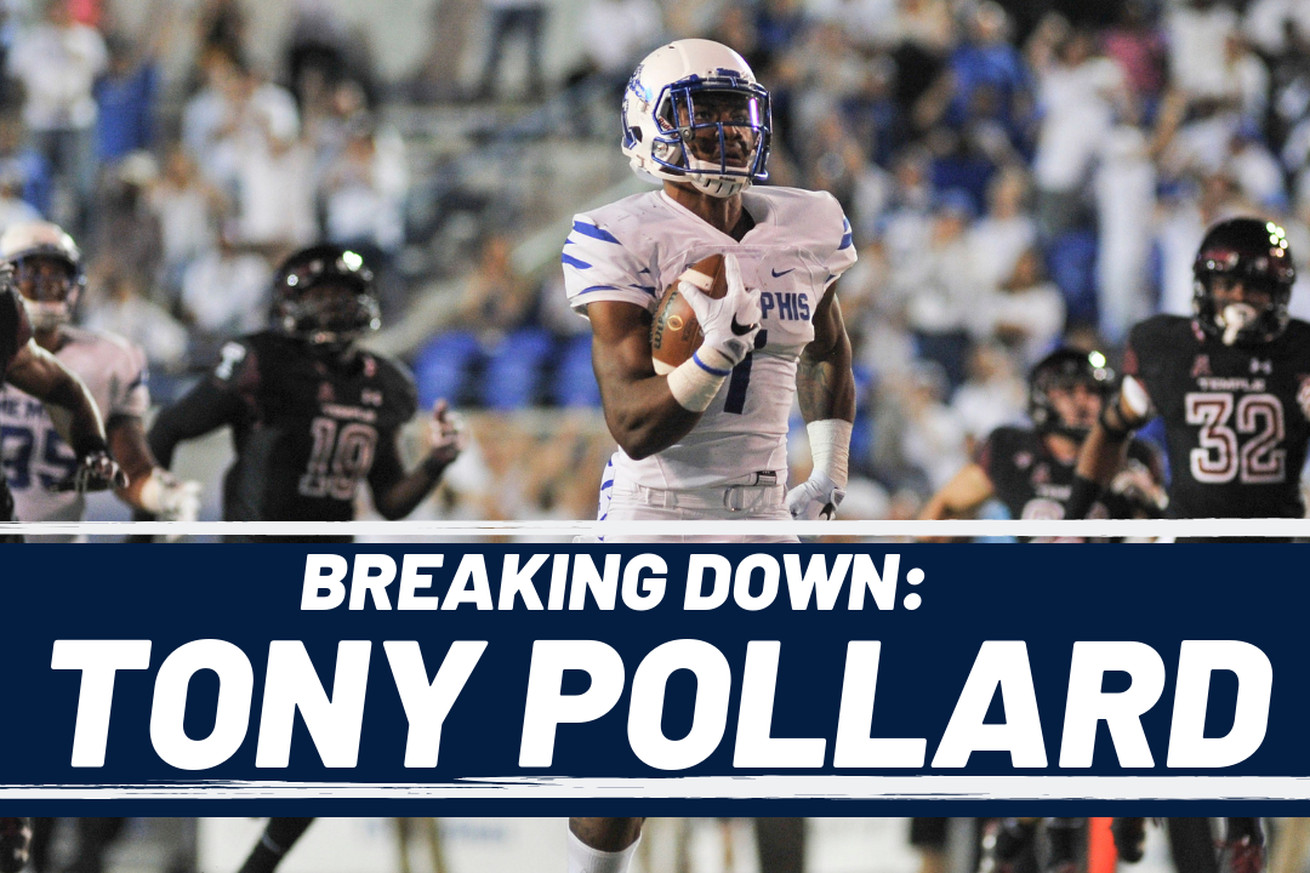 Let’s get to know one of Kellen Moore’s new toys.

When the Dallas Cowboys drafted Tony Pollard in the fourth round of the 2019 NFL Draft, they got a lot more than just a backup running back. Pollard is a serious playmaker that can work as a runner, receiver, and kick returner.

Pollard is coming off of a season where he gained 1,010 yards from scrimmage for Memphis. This included 552 rushing yards on 78 carries plus 458 receiving yards on 39 receptions. He scored 10 total touchdowns in 2018: six rushing, three receiving, and one on a kick-off return.

In the past three seasons he has returned seven kickoffs to the house including four touchdowns on only 22 returns in 2017.

Let’s take a look at what makes Pollard special in the above video.

Memphis ran a wide zone play with Pollard against East Carolina which is similar conceptually to a jet sweep that you might see the Cowboys look to run with him after lining him up at receiver. He found a cutback lane in the defense and cut at a 90-degree angle with speed. He broke multiple tackles and nearly made it to the endzone.

In the Birmingham Bowl, Pollard showed great patience as a runner shredding the Wake Forest defense for a 42-yard touchdown run on the zone play.

These two plays demonstrate that Pollard has the speed, vision, and power to perform as a running back in the National Football League, but that is not all that he can do for an offense.

In the game against UConn in 2017, Pollard lined up as the inner-most receiver on the 3-receiver side of the trips formation. Pollard stems his route to the outside and this gets the linebacker to turn, which allows Pollard to break vertically inside of him. Pollard splits the safeties and makes the reception for a 14-yard touchdown.

Against Georgia State Pollard caught a touchdown pass in the endzone, going up and over the defender to high point the ball and make a great catch.

These clips demonstrate that Pollard is not just a speedy running back who can line up at receiver, but a talented pass catcher. The Cowboys added a dynamic offensive threat in Pollard. He can contribute in multiple ways and should be on the field alongside Ezekiel Elliott, not just to relieve him.