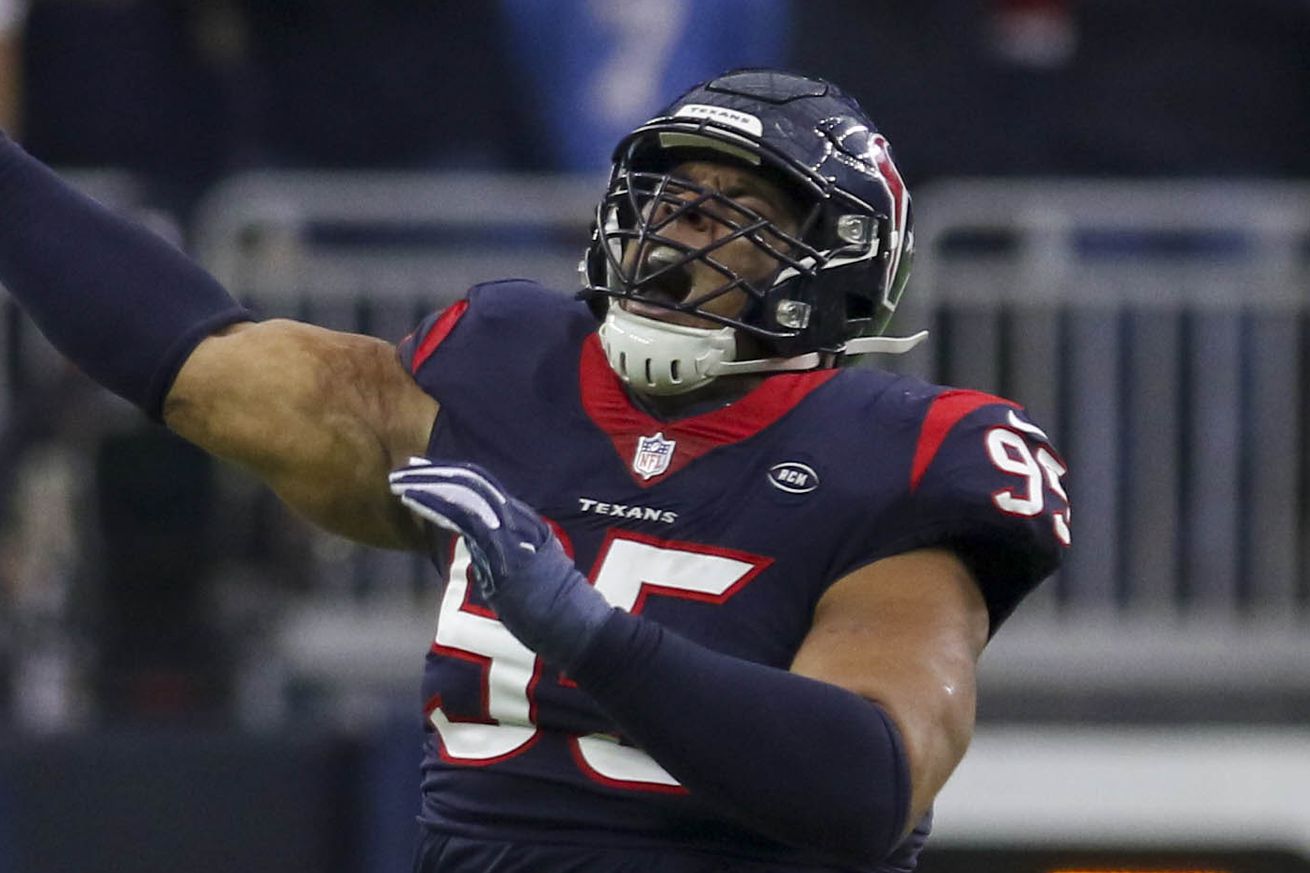 The big defensive tackle looks to make are mark in Big D.

When talking about the Cowboys defensive tackle position this offseason, most of the conversation is around Trysten Hill. The Cowboys chose Hill with their first pick of the 2019 draft (58th overall) to supplement the middle of the defensive line. Hill’s tabbed to play the 3-tech spot, and will be asked to use his athleticism and quick-twitch get-off to create havoc in the opposing backfield. That’s something the Cowboys need, especially now that David Irving will no longer be with the team.

But there’s another aspect to the middle of the defensive line, and that’s clogging the middle and stuffing the run. The Cowboys got worked toward the end of the season in that department, here’s how John Owning explained it:

Against the Colts and Rams last season, Cowboys defensive tackles were thoroughly dominated by opposing interior offensive linemen, enabling blockers to get to the second level quickly to inhibit the effectiveness of Jaylon Smith and Leighton Vander Esch. Cowboys defensive tackles failed to hold their ground at the point of attack as they were easily displaced from their gaps, opening giant alleys for opposing ball carriers.

Anybody who watched the playoff loss to Los Angeles knows the torture of the Rams running backs ripping off huge chunks of yards right through the middle of the Cowboys defense. It was maddening and the Cowboys couldn’t do anything about it.

This offseason, they made a move to help with the problem. In fact, SB Nation calls it “the under-the-radar move to love” for the Cowboys this offseason. That was the signing of Christian Covington.

Covington was effective in a rotational role over four years with the Texans. At 25 years old, he’s young and versatile enough to make a splash transitioning from Houston’s 3-4 defense to a larger role in Dallas’s 4-3.

Covington was a part-time player for Houston, but he is particularly effective in handling the run. We go back to our friend John Owning again who did a full breakdown of Covington when the Cowboys signed him. Check out Covington’s technique against the run.

He does an excellent job of engaging the blocker and then mirroring him down the line while still controlling him with his hands. He drives his man slowly back until he is finally right in front of the ball-carrier. Covington prevents any holes from opening up on the play side and helps in preventing a cutback lane. Obviously J.J. Watt causes the real disruption on this play, acting almost as a 3-tech in this alignment, but Covington does the unsung work of containing his blocker and driving him back into the play side. This is the dirty work that needs to be done when handling the run.

Covington also had his best year as a pass rusher in 2018, racking up 3.5 sacks in a part-time role. That’s not going to be his calling card, but the more he can show in that area the better his chances are to live up to the “underrated” tag that has been given to his acquisition.

The Cowboys have a lot of competition going on at the defensive tackle spot. At the 1-tech position, Antwaun Woods returns, as does Daniel Ross. And with a full contingent at the 3-tech position, there will be a fierce battle down the roster for a spot on the 53-man roster. We are reminded by K.D. that comp picks could play a role if all things are equal at the bottom of the roster.

For a relatively low-risk signing, a pick like [Trysten Hill] directly impacts guys like Christian Covington. Covington plays both 1T and 3T, but he does have the price tag of a future pick on his head. Right now, Dallas isn’t going to get a comp pick in 2020, but that changes if one of the free agents signed doesn’t make it through Week 10. Covington is in that formula.

The Cowboys will gladly “lose” that comp pick if Covington can be a force in the middle, especially if he can help shut down the opposition’s run game. We’ll see if we love this under-the-radar move at the end of the season.