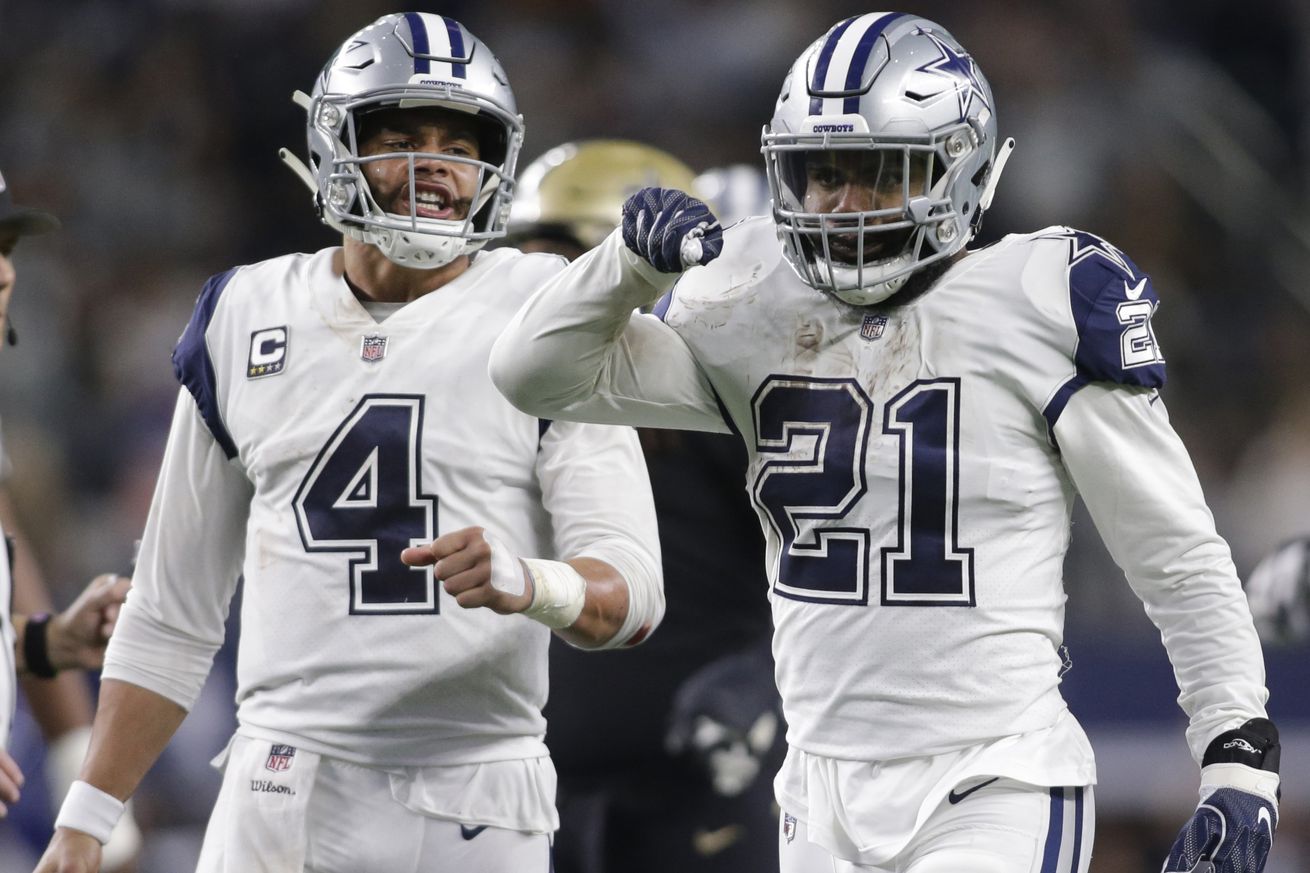 The new triplets for the Cowboys?

It’s pretty rare to find yourself looking at a team that has a great quarterback, running back, and wide receiver trio, but that was the case with the Cowboys of the 90’s, leading to the nickname of the Triplets.

Now the Cowboys are working on a newer version of the Triplets with Dak Prescott, Ezekiel Elliott, and Amari Cooper. The trio elevated the offense in a significant way last year once they were all united, and they’re a big reason why Dallas was able to make the playoffs after a 3-5 start in 2018.

But the Cowboys aren’t the only team with triplets, and Jared Dubin of CBS Sports went ahead and ranked offensive trio’s of every NFL team heading into the 2019 season. Some rebuilding teams, like the Dolphins, Bills, and Cardinals, naturally ranked very low. There were a few surprises throughout the rankings, such as the Bengals all the way up at 16 and the Rams all the way down at 15.

But perhaps even more surprising was where the Cowboys’ triplets ranked: sixth. Dubin explained the reasoning behind the ranking:

If we had done these rankings at the midway point of last season, it feels like the Cowboys probably would have ended up in the 20s. But then Cooper arrived in Dallas, Prescott took off, and Elliott managed to get even more explosive and efficient. Now they look like they have one of the best young QB-RB-WR cores in the league.

It sounds like some high praise for them, but who’s ahead on the rankings? At fifth was the Chargers with Philip Rivers, Melvin Gordon, and Keenan Allen; they went 12-4 last year and beat the Ravens in the Wild Card before being eliminated by the Patriots. Fourth place was, shockingly, the Steelers; Pittsburgh once undoubtedly had a great trio but have seen both Le’Veon Bell and Antonio Brown leave, casting doubt on their offensive capabilities.

The top three triplets, in ascending order, were the Browns, Chiefs, and Saints. It’s hard to argue the Saints, as they were an offensive juggernaut for most of the season, but the Chiefs lost their star running back and potentially their top wideout and the Browns, while looking good on paper, still haven’t had a winning season since 2007.

Also worth noting in these rankings is that Dallas had the highest ranked triplets of the NFC East. Not only that, but they were the only ones to rank inside the top ten. Philadelphia was the second highest at 14, with questions about Wentz’s injury history and Jordan Howard’s fit dragging them down.

The Giants were in third in the division at 26, with praise for Saquon Barkley and jokes about Eli Manning, as it should be. Dubin did not, however, speculate on how the ranking might change if sixth overall pick Daniel Jones was included. And then there was the Redskins at 28, with Dubin praising Dwayne Haskins but lamenting that there’s no real weapons around him.

While it’s certainly encouraging to see that the Cowboys have the best triplets of the division, there’s an argument to be made that they should be higher in the overall rankings, especially considering the teams that are ahead of them. What say you?