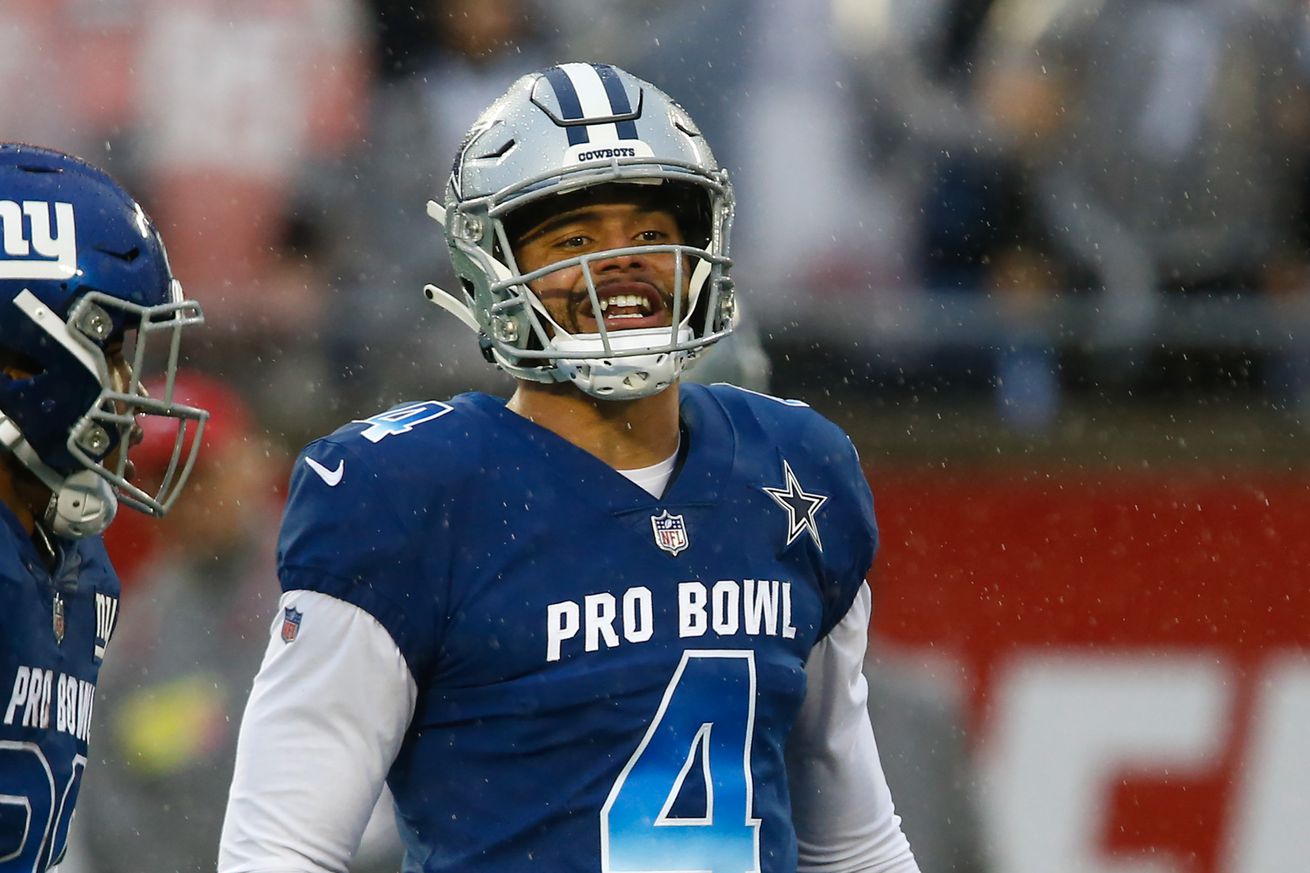 Stats show the opposite of what people say, Prescott is very effective when he throws deep.

Dak Prescott is set to become the next $30 million man in the NFL — quite the achievement for a quarterback that was selected with the 135th pick just three years ago.

Prescott has done nothing but put his team in position to win since entering the league, leading the Dallas Cowboys to two NFC East titles in three seasons, never having a .500 or worse record, and compiling the second most wins in the league since his debut (only behind some guy named Tom Brady).

Still, though, there have been some narratives created about the signal caller. One of those is that he cannot throw the ball down the field. If one were to watch the games (like on Thanksgiving versus Washington, the second battle with the Eagles last season, etc.), instead of relying on Twitter and talk shows, that could be easily disproved; nonetheless, the false narratives still fly.

Today, we will provide some evidence on why the narrative that Dak Prescott can not push the football down the field accurately is completely wrong.

The subtle audible: @rjochoa reported on Amari Cooper’s comments post game that Dak Prescott had given him a hand signal to run the 9 route on his 75-yard touchdown reception. pic.twitter.com/DG2EtIST8D

AMARI COOPER GOES BACK FOR SECONDS.

Brad Kelly of The Draft Network has watched some film on the face of America’s Team, coming away with some impressive statistics that go against some of the things that you see on social media.

Dak Prescott on throws of 20 yards or more:

Some of the best from 2018: pic.twitter.com/FDqFK8bVYH

Bob Sturm of The Athletic also provided statistics that make the argument against Dak being a solid-to-good downfield passer look silly.

And bonus material from the Friday piece. I had someone tell me “Dak was last in the league in downfield completion percentage and downfield on-target percentage”, so I thought I would offer some ranking facts on the topic: pic.twitter.com/K3ObaDDALr

These numbers show the following when Dak throws the ball 20+ yards:

Is 20+ yards not deep enough for you? Good thing that Sturm also has the stats for 30+ yards, too!

Invariably, when discussing “Deep Passing” we go 20 yards or more (as defined in the NFL). Then, people respond with that isn’t deep enough. So, we move it to 30 yards or more. The rankings go higher. pic.twitter.com/AKZ35GRQZ7

From 30+ yards, Dak Prescott’s stats now look like the following:

Pretty far from average or bad, in my personal opinion.

Dak might not necessarily be Patrick Mahomes when throwing the ball down the field, but the numbers do show that Prescott can be very successful when pushing the ball. It certainly helps when you have a target like Amari Cooper to stretch the field, but number four has shown the ability to get the ball there time and time again.

Also, while we are on the topic of the Dallas Cowboys quarterback, his overall numbers stack up very nicely alongside the league’s elite: