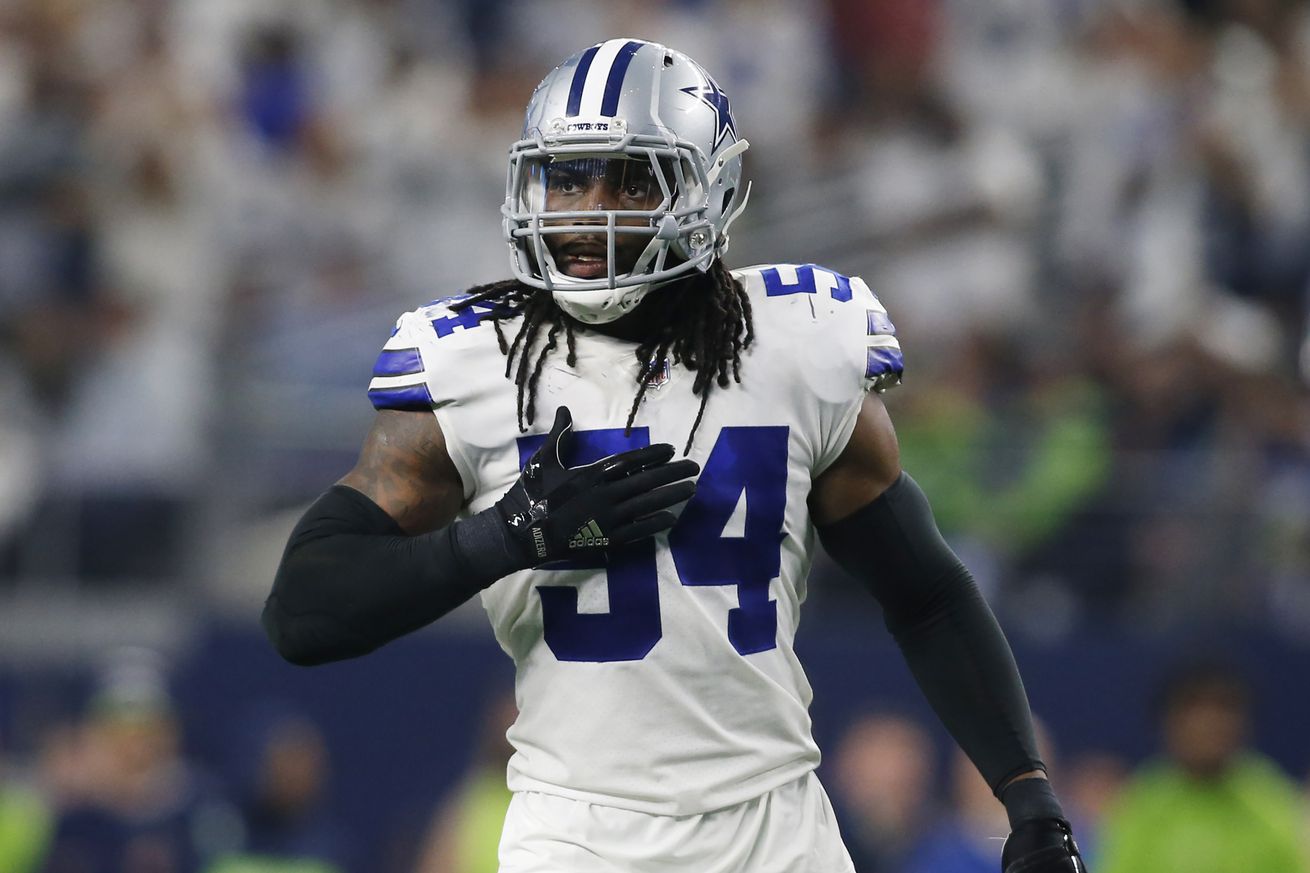 The early bird gets a promising linebacker talent for many years to come.

The Dallas Cowboys have a talented group of youngsters that are going to be so fun to watch for years to come. But for that to happen, these players will need to be signed to a second contract as the rookie deal for many of these young stars are set to expire. Players like Dak Prescott, Amari Cooper, and Ezekiel Elliott are at the forefront of those discussions, but there are some other guys that are soon to follow.

And now there are reports that the Cowboys have begun negotiations for Jaylon Smith.

I was told by a source yesterday that the #Cowboys are beginning contract talks on Jaylon Smith.

No, this doesn’t leapfrog him ahead of more pressing matters (Dak, Amari, Byron, Zeke). No, it doesn’t mean it’ll land in 2019.

Patrik Walker of 247 Sports finds it a peculiar to start negotiating with Smith this soon, considering he’s under contract real cheap for the next two seasons. And he’s not alone.

*whispers* – Giving Jaylon Smith a contract extension two years before he can hit the FA market seems like a not great idea.

Smith is set to make $1.3 million in 2019 where he’ll then hit the free agent market. But because he missed the entire 2016 season from injury, he’ll only have three accrued seasons, making him a restricted free agent next offseason. The Cowboys could then slap a first-round tender on him, keeping him on the team in 2020 for the low cost of $4.4 million. So the obvious question many ask is – why not wait until later before giving up the dough?

You’ve heard the expression, “you have to spend money to make money,” and the Cowboys proactive approach to Smith’s situation could end up saving them quite a bit of money in the long run.

Let’s say, for example, the Cowboys believe Smith is as good as Luke Kuechly. You can debate whether that’s his value, but they both registered about the same amount of tackles last season over a full 16-game season. One side will tell you that Kuechly is a proven commodity, while the other side will tell that Smith is only 23 years old. They’re both right.

Kuechly brings home an annual average salary of $12.3 million. He’s not the top paid linebacker as both Kwon Alexander ($13.5 M/year) and C.J. Mosley ($17 M/year) have signed more recent deals. If Smith were to hit the free agent market, an annual salary of $13 million seems pretty reasonable. But why would the Cowboys agree to that when they have him for real cheap for two more years?

If you add up Smith’s $1.3 M (2019) + $4.4 M (2020) + 4 x $13 M (2021 thru 2025), that equals a grand total of $57.7 million over a total of six years. That equates to an annual salary of $9.6 million. That seems like a great deal for a young up-and-coming linebacker that still hasn’t reached his full potential. If Smith continues to trend up, his asking price when he hits free agency will look more like Mosley’s contract, especially considering how much the market will increase by 2021. An annual price of $9.6 million for a player like Smith could end up being a value mirroring the great train-robbery of Tyron Smith back in 2014. The Cowboys knew what they had in Tyron early and jumped at the opportunity to lock down one of the game’s future top left tackles in the game. What a steal that was.

But for this to be a great deal, you have to believe that Smith is going to be a great player. You have to feel good about the type of person he is. Is he a hard worker? Does he stay out of trouble? Is this guy passionate about winning? The answer is yes, yes, and you betcha!

While he’s at the top of the chart when it comes to high character, what about his ability? Is he moving well laterally? Is he durable? Can he get by without that AFO brace to help him with his drop foot? The answer is yes, yes, and you betcha!

The vast improvement Smith made from 2017 to 2018 was really quite impressive. We can talk about Leighton Vander Esch playing Sean Lee out of starting job, but let’s be real – Smith had a part in that, too. The dynamic duo has basically established themselves as the team’s new linebacker threat and it’s quite the threat indeed. Vander Esch was an All-Pro in just his rookie season, and Smith made a strong push for the Pro Bowl.

So, now if you are convinced that it’s a good deal for Dallas, a new question surfaces – why would Smith agree to that?

If Smith agreed to a five-year, $60 million extension, about half of that is going to be guaranteed money. And that includes about $20 million in signing bonus that will be new money in Smith’s bank account right now. So, rather than waiting until 2021 before that load of cash shows up, Smith instantly becomes very rich. That’s a very big deal for a guy who just a few years ago many thought wouldn’t have a career in the National Football League. Great things happen in you have a clear eye view and the absolute resolve to do everything it takes to get there. And it certainly doesn’t hurt that he was one of the most talented college prospects before his injury.

If it still seems premature for the Cowboys to address this right now, just remember – the team did something similar with La’el Collins a couple years ago. Rather than letting him finish out his rookie deal and slapping a tender on him for an additional year, the Cowboys gave him an extension. It may have seemed like they were frivolous with their money or were just doing him a solid after an unfortunate occurrence damaged his draft stock through no fault of his own. Well, you could say that type of thing happened to Smith as well, only the circumstances were different.

LC’s contract shows up as an annual salary of $7.7 million, but when you look closer, the Cowboys actually gave him $18 million over a three-year span, equating to just $6 million per year. That sure seems like a discount price for a reliable starting right tackle.

The Cowboys know what they have in Smith. They took a risk on him and it paid off, and if he can be a big part of their future, it could go down as one of the best gambles Jerry Jones has ever made. Sure, they can wait, but that’s only going to cost them more money in the long run. If they have doubts about him as a player, then waiting absolutely is the right move. But they don’t. He’s good. Really good. And if you know you got something good, it’s good business to lock him down for the long haul.

If you lock up talent early before they become ridiculously expensive, you become a real winner.