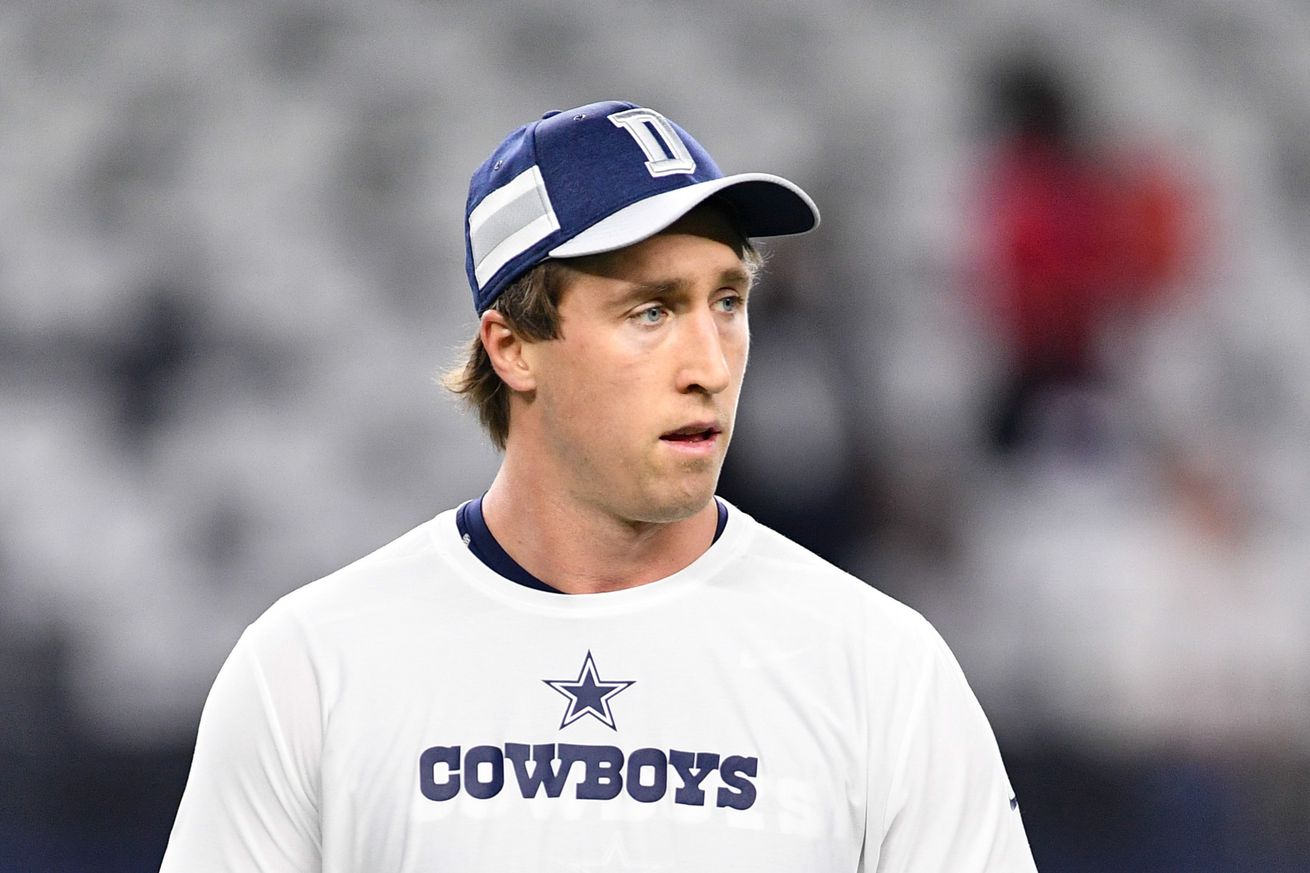 With Lee no longer the anchor of the Cowboys defense, how much does the team really need him?

The front office of the Dallas Cowboys has made some shocking decisions in recent years. Whether it was moving on from Tony Romo, waiving Dez Bryant, or the surprise release of Dan Bailey at final roster cuts – they Cowboys don’t shy away from big moves. It doesn’t matter if you’re the team’s all time leader in touchdown passes, touchdown catches, or the most accurate kicking in franchise history. The team has proven that the only thing that matters is what lies ahead. Football is a meritocracy.

Sean Lee appeared to be the next beloved Cowboys player to be released to free up cap space as it was really hard to justify his 2019 cap hit of $10 million. Lee now plays third-fiddle to the linebacker duo of last year’s rookie sensation Leighton Vander Esch and rising star Jaylon Smith. The veteran linebacker was able to preserve his spot on the team by agreeing to a contract restructure that reduced his cap hit to $6 million, and even that includes playing time incentives to reach it’s max value. In all likeliness, Lee’s actual cost will be even lower.

It’s a perfect deal. The Cowboys save some money that will undoubtedly come in handy as they try to get other key players signed, plus they get one of the team’s most important leaders on the sideline to help along this young defense.

Even with the cap-friendlier discount, the Lee situation is still a curious one. Most fans would agree that the old splash-making Lee that we’ve been enamored with is no more, even when he’s at full strength. Going back and watching his tape last year was disheartening. He still had his happy feet and quickly diagnosed where the play was going, but his movement was delayed. Lee appeared slow and even though his mind was quick to react, his body just wasn’t cooperating.

It should be interesting to see how Lee performs in training camp. Will they bubble wrap him to preserve him for the regular season? Or since he’s a backup now, will he have to compete to hold down the SAM linebacker spot? The team has Joe Thomas and Justin March-Lillard, who would love to have a larger role on the defense. And let’s not forget that the team used up a roster spot for last year’s rookie Chris Covington, despite him only logging one snap on defense. The team has had success with day three linebacker picks like Anthony Hitchens and Damien Wilson, so the team is hoping they can keep the trend going with solid contribution from Covington in the future.

With a handful of solid depth guys already on the roster, one has to wonder – how much better does Lee need to be to warrant that $6 million cap hit and occupying one of those precious roster spots? To evaluate Lee’s importance to the team, let’s take a look at three possible scenarios for him this upcoming season.

The best case for Cowboys is that Van Jaylon mans the linebacker group for the majority of the reps. Lee would still play the strong-side linebacker position, but considering 75% of the defense’s plays use only two linebackers, it would keep Lee’s snap counts under 300. He’d basically take over Wilson’s workload from last season.

Here is the breakdown on Sean Lee’s reworked contract:

Okay, so $3.5 million for a part time Lee. Are you cool with that? Most fans would be willing to allocate that much space for a solid reserve who also brings with him a great coaching presence to help his teammates be prepared.

The only thing about this scenario that creates a bit of uncertainty is – how much better would it make the team if Lee was is getting those limited reps over someone like Joe Thomas? If they knew for sure that Lee’s usage would be relatively small, then you’d have to wonder if another backup linebacker would produce similar results in that situation. Thomas moves pretty well, and he would actually be more dependable in coverage than the current Lee.

But what if more reps are needed? That brings us to…

Scenario #2 – Lee is needed due to an injury

While the first scenario is the most ideal, this second one comes with great concern. Should Vander Esch or Smith get hurt, Lee would take on a much larger role on the team. His playing time escalators could kick in, costing the team a total of $6 million. So what, right? That’s why you have those escalators in place – as insurance. The Cowboys look like geniuses for having Lee in their back pocket, right?

Unfortunately, substituting Lee for one of the young starters makes the group more vulnerable. This change would be felt on the defense. Even more worrisome is if the injury lasts for a significant amount of time, Lee then becomes exposed to additional wear. The chances of Lee surviving a healthy dose of snaps is not good. Losing one key starter could perpetuate into losing two of them real quick. We have to ask – just how valuable is the Sean Lee insurance policy?

If you’re paying for a player you’re hoping not to use very much, why even have him on the team? Let’s examine what life would be like without Lee.

Scenario #3 – Lee is flat out released

Could there be a situation where the team opts not to keep him on the roster? That doesn’t seem likely, but let’s stretch our imaginations some. A healthy Lee is a useful Lee, even with a reduced role, but how valuable is he if can’t stay on the field? Lee is 32 years old and every new injury he endures is going to require extra time in the tub. That’s just how Father Time works. If the veteran struggles to sustain his health in camp, then wouldn’t it create concerns for the regular season?

The Cowboys have Thomas and March-Lillard around for another season and those guys are key pieces on special teams. Covington didn’t get much action last year, but his reps will need to increase as they prepare him for a larger role in the future. He’ll see special teams action as well. Lee has no special teams value and his roster spot seems to have a shelf life. If a player like Thomas starts to impress in camp, then one has to wonder if he could cut into Lee’s already limited playing time.

Maybe Lee is worth having around just for the extra coaching skills he provides. That’s fair, but does he have to wear a helmet to provide that? What’s going to happen when Lee’s playing days are over? He loves being a part of this team. He already took a pay cut to remain with the team. He has an “I’ll do whatever is needed to help the team” attitude. If Lee was released, it wouldn’t be a surprise at all if he was immediately added to the coaching staff. The Cowboys would still be exposed to Lee’s influence, only his assistant coaches salary wouldn’t count against the cap.

It doesn’t seem probable that Lee would be released, but there are no guarantees. The Cowboys preach that everyone is fighting for their roster spot and seniority or likability doesn’t trump ability. This group is deeper than ever, and it’s imperative they fill the roster with players who can contribute now or are expected to be integral parts of the future. If Lee takes another step backwards, then you have to ask yourself where does he fit in that equation? The team has already demonstrated they aren’t afraid to make bold roster cuts, even if it means saying goodbye to one of our favorites. There are a lot of practices between now and final cuts; anything is possible.