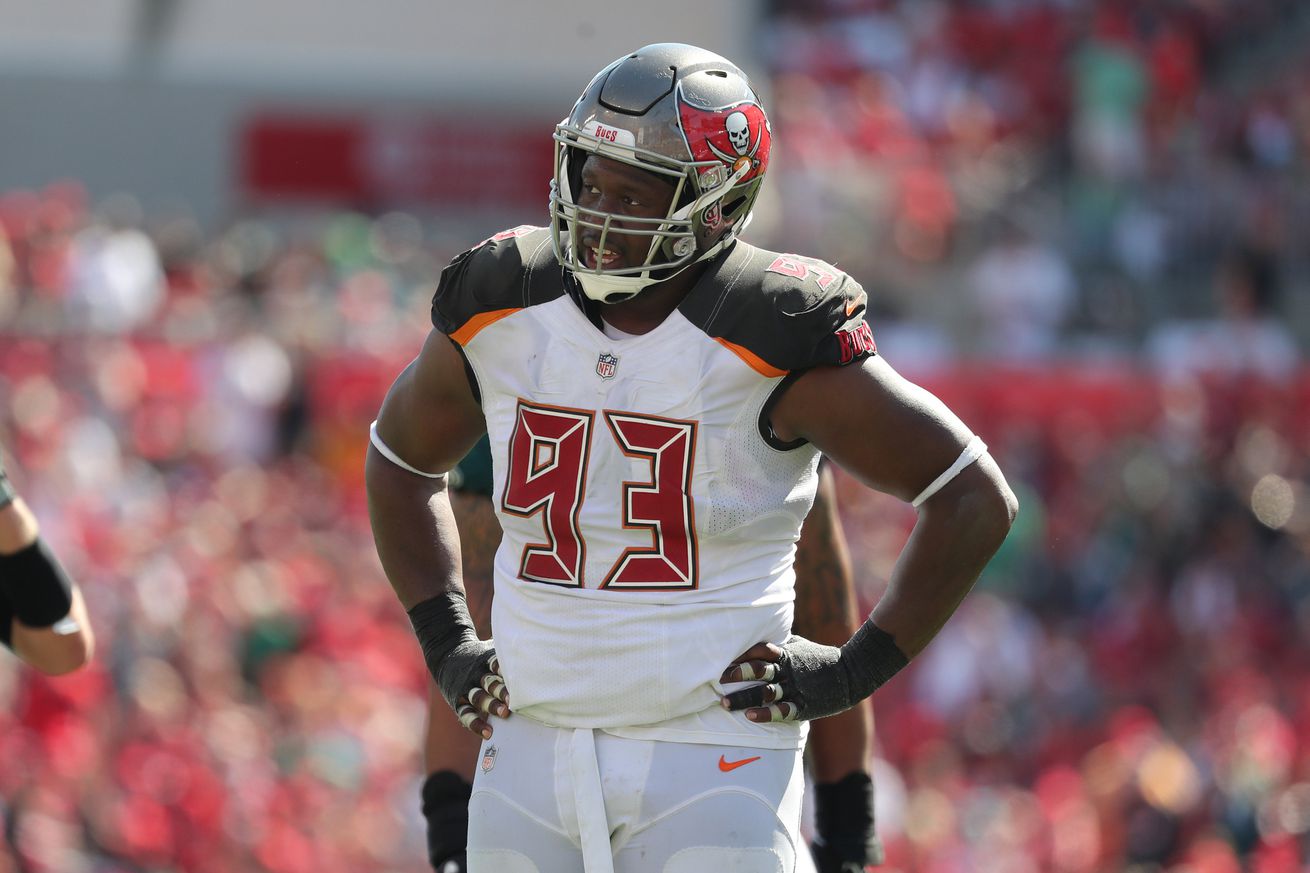 Free agency is still a thing, and a big-name player just became available. Would the Cowboys bite?

I’m in Florida for the week (Delray Beach is awesome) and have had a great time seeing what the Sunshine State has to offer. It’s warm, just like Texas.

Not too far off from me the NFL beat continued to drum on this offseason when the Tampa Bay Buccaneers decided to move on from defensive tackle Gerald McCoy. This is of importance to us as Cowboys fans because, well, you know the drill.

McCoy is an Oklahoma alum (also Oklahoma raised) so his proximity to the professional football team in Dallas is well-known. He’s a fan of current-day players on the Cowboys (namely Zack Martin) and what do you know… the Cowboys were one of his favorite teams growing up (plus a team that makes sense for him now… more on that in a bit).

We’ll pretend that McCoy did not list the most vile team in the NFL among those he rooted for growing up, instead we’ll focus on the positives:

McCoy will be entering his 10th season in 2019, and at age 31 there’s a lot more behind him than there is in front. McCoy hasn’t exactly tasted postseason success (he didn’t make a single trip to the playoffs in nine seasons with Tampa Bay) although he’s relatively reliable on the injury front.

While he’s missed time in five consecutive seasons, he has only played less than 13 games once in his career (he played in six back in 2011, his second season in the NFL). He’s the ideal rotational piece for a defensive mind who loves to swap bodies in and out along the line… hello Tampa Bay connection Rod Marinelli!

Perhaps the Cowboys will look to sign the player who has at least somewhat of an affinity for them in an effort to add to what looks like it will be a strength once again. A group of Maliek Collins, Antwaun Woods, Trysten Hill, and Gerald McCoy sure does sound nice (Tyrone Crawford too if you want to go right on ahead).

What’s particularly interesting is that McCoy’s apparent taste for Dallas isn’t just something that dates back to his days of watching football from his couch. Just recently our own Connor Livesay caught McCoy on Instagram giving the googly eyes to Dak Prescott.

We’ll have to wait and see if anything ultimately develops between the Cowboys and McCoy. For what it’s worth he doesn’t seem to be opposed to the idea. That’s all it takes sometimes.