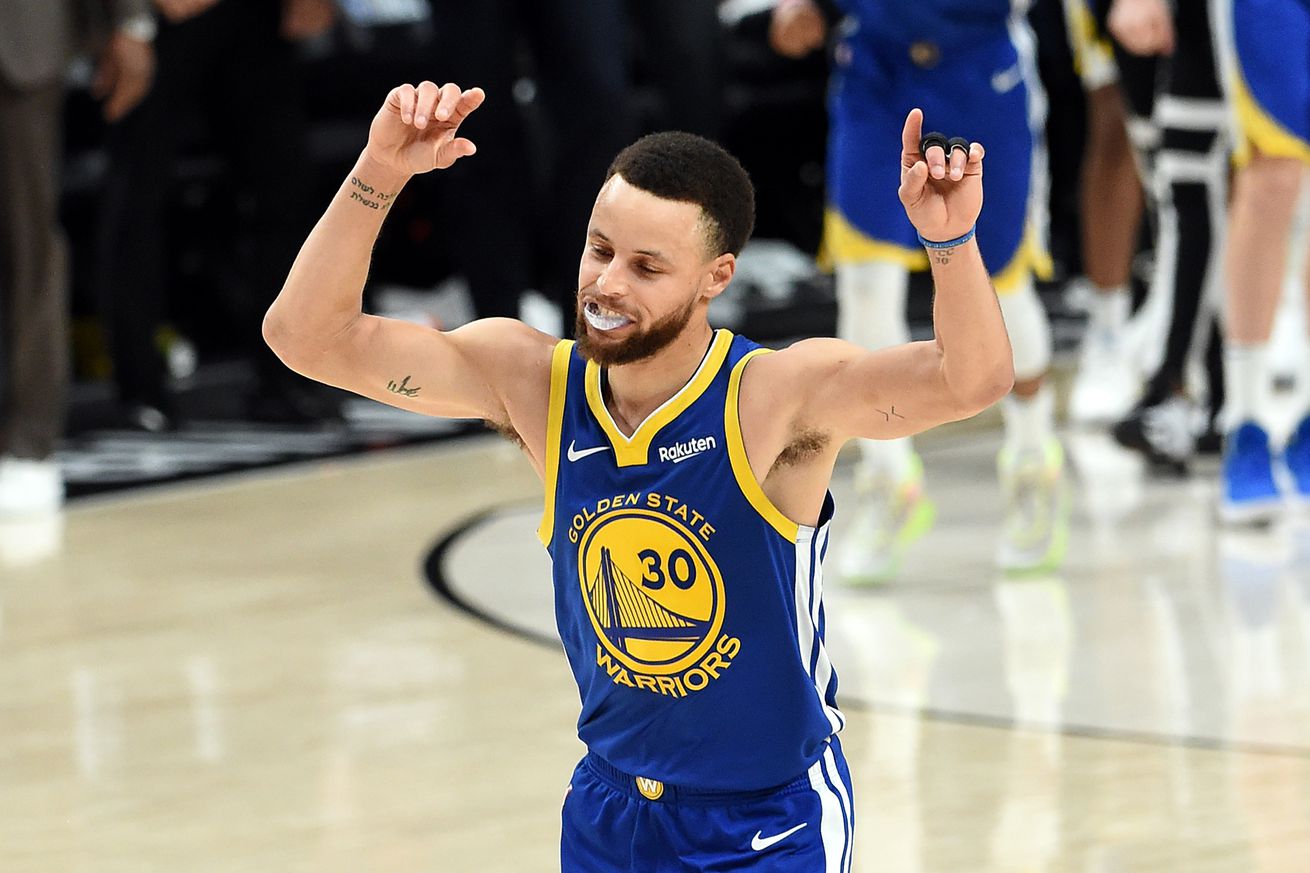 It’s my own personal opinion that we’ve been treated to quite the NFL offseason here in 2019.

We got some dicey trades across the league, a riveting NCAA Tournament, Tiger Woods won The Masters, the Stanley Cup Playoffs saw both top seeds fall, and the NBA Playoffs have been… more of the same.

On Monday night, the Golden State Warriors punched their ticket to the NBA Finals, their fifth one in a row. That’s insane to think about.

The Dallas Cowboys once ran into a team making multiple consecutive appearances in a sport’s championship event (shout out to BTBer Tony Casillas and his teammates), but even then the Buffalo Bills only went to four straight Super Bowls (and never won.) The Warriors have reached the promised land a whole hand full of times.

Similarly to how we chronicled what the Cowboys looked like when Tiger last won The Masters, we thought it would be a fun exercise to look back at Dallas the last time GSW was not the Western Conference representative in basketball’s final series.

Dallas had just gone 8-8 for the third straight season

The 2013 season was not a particularly fun one for the Cowboys, although it did give us perhaps the greatest regular season loss in franchise history on October 6th when Peyton Manning and the Denver Broncos came to town.

Amazingly, the 2019 Cowboys will also host a legendary quarterback on October 6th (Aaron Rodgers), but this story is about 2013. That season the Cowboys lost to the Packers quarterback at home, but it wasn’t Aaron Rodgers. No no, it was Matt Flynn and the team that came back from a 26-3 deficit. Ugh.

This was Jason Garrett’s third full season leading the Cowboys and the third in which they finished with a .500 record at the hands of a division rival in a winner-takes-the-NFC-East game in Week 17. It truly is one of the more amazing phenomenons that the Cowboys played three games in a row of such, against all three other teams in the division, and lost each one of them.

The final game of the year was played against Nick Foles and the Philadelphia Eagles. Who would have thought? Thankfully, this horrible tradition came to an end after 2013.

The Cowboys had just passed on drafting Johnny Manziel

When Texas A&M quarterback Johnny Manziel was available at the 16th overall pick, many Cowboys fans wanted to see the team draft an heir to Tony Romo (time sure does fly). Ultimately the front office decided to trust in Romo’s future (he’d start only 19 more games) and took a point of protection for him instead of a replacement. Hello Zack Martin.

It’s been five years since this pick happened yet you’ll still hear people try to tell you that Jerry Jones fought with the strength of a thousand men against people restraining him in the name of taking Johnny Football. Since then, Martin has literally never not been named an All-Pro and the former Heisman Trophy winner has had trouble landing in any kind of professional football league.

The future highest-paid player in franchise history was drafted

Amazingly, we are not talking about a quarterback with this particular person (for now at least). If not for Zack Martin the second selection that the Cowboys made in 2014 would by far be their best of the class, but DeMarcus Lawrence finishing just behind the all-world guard is probably okay in his book.

The Cowboys traded up to land Lawrence in 2014 (shout out to the Washington Redskins) and their tradition of missing in the second round started to come to an end (although it took some time). While many were still wondering if the tight end wearing number 89 could supplant Jason Witten (Gavin Escobar, not Blake Jarwin), the team themselves were thrilled with their draft haul.

Overall this draft class is about what you expect five years removed. In fact some would argue it’s even better than average as the Cowboys also yielded a serviceable player in Anthony Hitchens. Terrance Mitchell is also still in the league and started 15 games over the last two years.

Not only did Hitch contribute nicely to the Cowboys while wearing their uniform, he also helped them cash in. Hitchens walked away in free agency a year ago to the Kansas City Chiefs and in return Dallas was awarded a fourth-round compensatory pick here in 2019. They turned that into three total picks, nice work by them.

The last non-Warriors team in the Western Conference to make it to the NBA Finals was in fact (takes long pause for dramatic effect and smiles…) the San Antonio Spurs. That’s right, baby. Recognize the Alamo City.

My beloved Spurs won the title that year, but ever since then it’s been an all-Warriors affair (save for 2016, LeBron, and Andre Iguodala). It’s fascinating to look back at the scope of a lot of things last time Golden State wasn’t at this stage, but perhaps it’s even more fun to consider what they will look like next time.