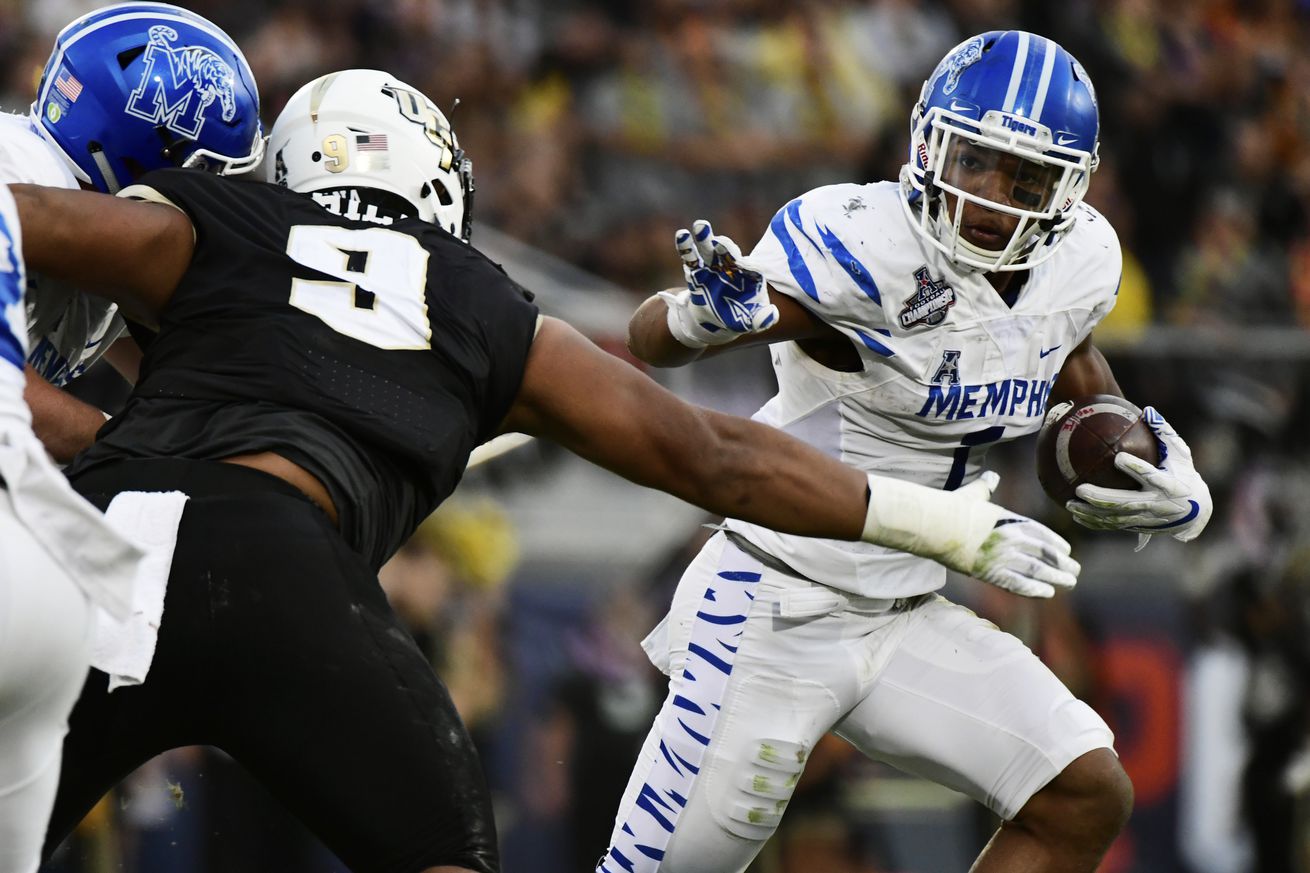 DFW media was able to watch OTA practices today, here were some of the takeaways.

The Cowboys kicked off OTA’s on Tuesday, and their first open practice that could be seen by credentialed media members was held on Wednesday. There were many takeaways from the Cowboys first practice of the offseason, but the one thing that stood out the most to David Helman, of DallasCowboys.com was how good the two rookie running backs looked in some of their first action of the season.

Rookie notes: Mike Weber’s knee looks fine. He was active and participating in every part of practice, from what I saw.

Also. Yeah, it’s an unpadded practice, but Tony Pollard is fast af. He’s one of those dudes that just looks different when he’s running with the rock.

Many thought it may take Mike Weber a while to get back to practice, especially as early as we are in the season, after suffering a knee injury in rookie-minicamp walk-throughs. Weber’s ability to get back out on the field, and participate fully in practice, is a nice sign for the seventh-round pick.

The Cowboys fourth-round pick, Tony Pollard, also caught Helman’s eye in Wednesday’s OTA practices. Helman was impressed with Pollard’s burst, and mentioned how much he stood out from the pack with the football in his hands. Having another running back impress that could potentially demand touches on offense is something the Cowboys haven’t had to deal with since drafting Ezekiel Elliott with the fourth-overall pick in 2016, but that could quickly change if Tony Pollard begins to live up to the hype that has started to surround the former Memphis running back.

While it’s still early, and there is some cause to pump the brakes on the excitement, hearing that a lot of these younger weapons on offense are already starting to make some noise bodes well for the Cowboys offense, and Kellen Moore’s ability to take them to the next level.