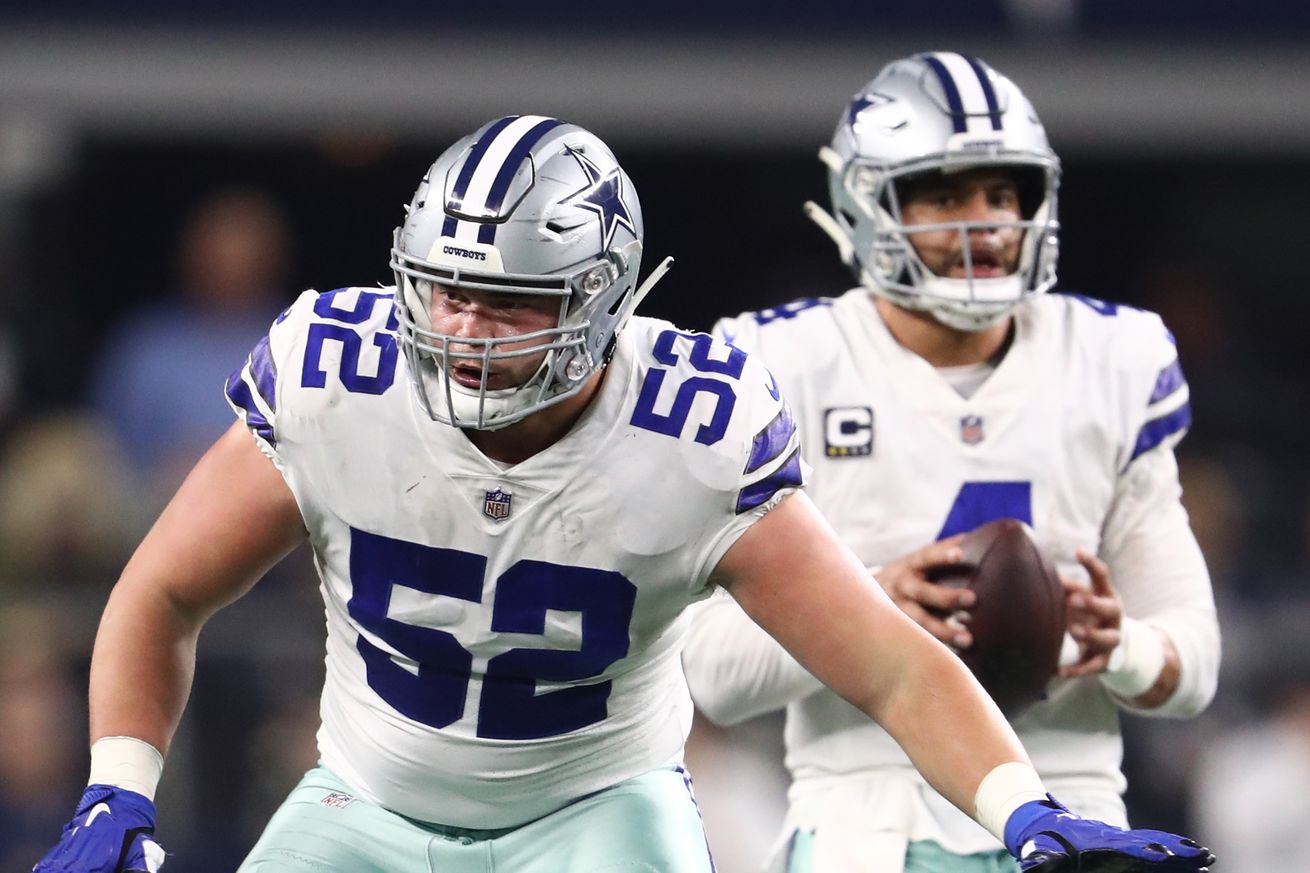 Jon Kitna has spent a ton of time critiquing Dak’s mechanics in the offseason. Here are some of Kitna’s best quotes surrounding the Cowboys starting QB.

Kitna is working with Prescott to get through his progressions quicker and improve his pocket presence.

I just try to give constant feedback of… in that coverage, when we get that coverage, I know that the progressions starts here [but] you can move through it fairly quickly [because] unless they mess it up you’re not going to get that throw. That kind of stuff is just from experience of playing the game. — Jon Kitna

Kitna wants Prescott to see the coverage either pre-snap or immediately after the snap if it’s been disguised, then quickly know where the open man is going to be so he can work through his progressions quicker. No need to waste too much time on routes that should be covered.

He also wants Prescott to be a “pocket engineer.”

New quarterbacks coach Jon Kitna, who played 14 seasons in the league including two as Cowboys quarterback, will work to alleviate those sacks. He’s emphasized footwork with Prescott this offseason, as well as the importance of becoming a “pocket engineer.” Kitna is showing Prescott that sometimes an inch or two readjustment in the pocket will change his strength, release and accuracy.

“A lot of times pressure that a quarterback is under can be self-inflicted because you’re not where you’re supposed to be in the pocket,” Kitna said Wednesday. “The good quarterbacks over time, the ones that last, they know how to create their own space like a jump shooter gets their own shot off in basketball. Same thing in football: How do I create space so I can be on time and get this throw where I want it to be?”

FRISCO, Texas — Dallas Cowboys owner and general manager Jerry Jones doesn’t believe that the NFL will take any action against Ezekiel Elliott for his role in an incident involving security guards at a Las Vegas music festival last weekend.

”I think that the main thing is that I don’t see anything that needs supporting,” Jones said Thursday. “In terms of his status with us, [it] has not been impacted in any way. And frankly, I know how conscientious he has been in the offseason, and that’s good enough. No, I don’t see that having any consequences for us.”

Connor Williams’ Offseason Is Worth The Weight – DallasCowboys.com

After his rookie season, Connor Williams is primed for big second-year leap.

“The main focus during the offseason is strength and getting the power up,” the second-year guard said. “I think I’ve put myself in a good position. Now it’s just about refining the technique and feeling comfortable.”

Williams, the Cowboys’ 2018 second-round draft pick, knew last season he needed to add weight and bulk. An immediate starter at left guard, he had difficulty sustaining a consistent base against veteran pass rushers such as Carolina’s Kawann Short and Washington’s Jonathan Allen.

Williams underwent a knee scope last November and split time at guard with veteran Xavier Su’a-Filo down the stretch, including two starts in playoff games against the Seahawks and Rams.

With Tyron Smith taking some veteran breaks, and Cam Fleming nursing an injury, Williams was the team’s starting left tackle during the first week of OTA’s.

Using Connor at LT this week has been a matter of necessity. The top players on that depth chart, Tyron Smith and Cameron Fleming, were not participating for other reasons.

Indeed, Williams spent three years at left tackle in college. It was the last position he’d played before being drafted in the second round of the 2018 NFL Draft by Dallas, who immediately moved him to guard.

Connor started 10 of 13 games at guard last season. He played mostly on the left side, starting Weeks 1-9, before getting injured. Xavier Su’a-Filo played well enough in his absence that Williams didn’t get the starting job back when he was healthy. However, when Zack Martin had to miss a few games at the end of the year, Connor started a right guard for those two weeks.

When Martin returned for the playoffs, Williams was back as the starting left guard in both postseason games.

Will it be Cooper Rush or Mike White?

Unlike the starting position, the Cowboys have some uncertainties about the No. 2 spot. Cooper Rush has been Dak’s backup for two years but might have some strong competition this year from Mike White, who spent all of last year on the roster but didn’t get any snaps.

“I watched every snap he had in the preseason,” Kitna said of White. “The same with Coop the last couple of years. That’s just what we look at. For me, it’s more of a clean slate. I just want to come in and help those guys and help them progress in their careers. If you get the best out of them, that’s going to be good for us at an organization.”

Kitna reiterated several times that figuring out the backup quarterback at this point is very premature.

Which rookies have stood out after rookie-minicamp, and the first week of OTA’s to the mothership’s writers?

Bryan: Jon’Vea Johnson. It’s easy to see when a wide receiver or a running back has a good day because you do see them finishing plays. At least through these early stages of practice he looks impressive catching the ball and playing on the move with it in his hands.

Will the Cowboys see a new version of Jason Witten in 2019?

Prior to his initial retirement, Witten declared he’d like to play until he’s 40, and he’ll be 37 years old when this coming season gets underway.

You do the math.

Additionally, speaking from the first wave of OTAs, Garrett said Witten’s strength and conditioning numbers in his return either match or exceed what they were before he took a year off. This sheds a bit of light on why the Cowboys opted to not address the tight end position in the 2019 NFL Draft. He certainly looks the part early on in offseason conditioning, with some both inside and outside of the organization raising an eyebrow. The year off certainly helped, because he’s clearly still been conditioning while also being 100% fresh and healthy from having not taken any hits since December 2017.

It’s almost like he’s not 37 years old at all, considering he’s testing better than his 35-year-old version, thanks to the 2018 handshake with Father Time.