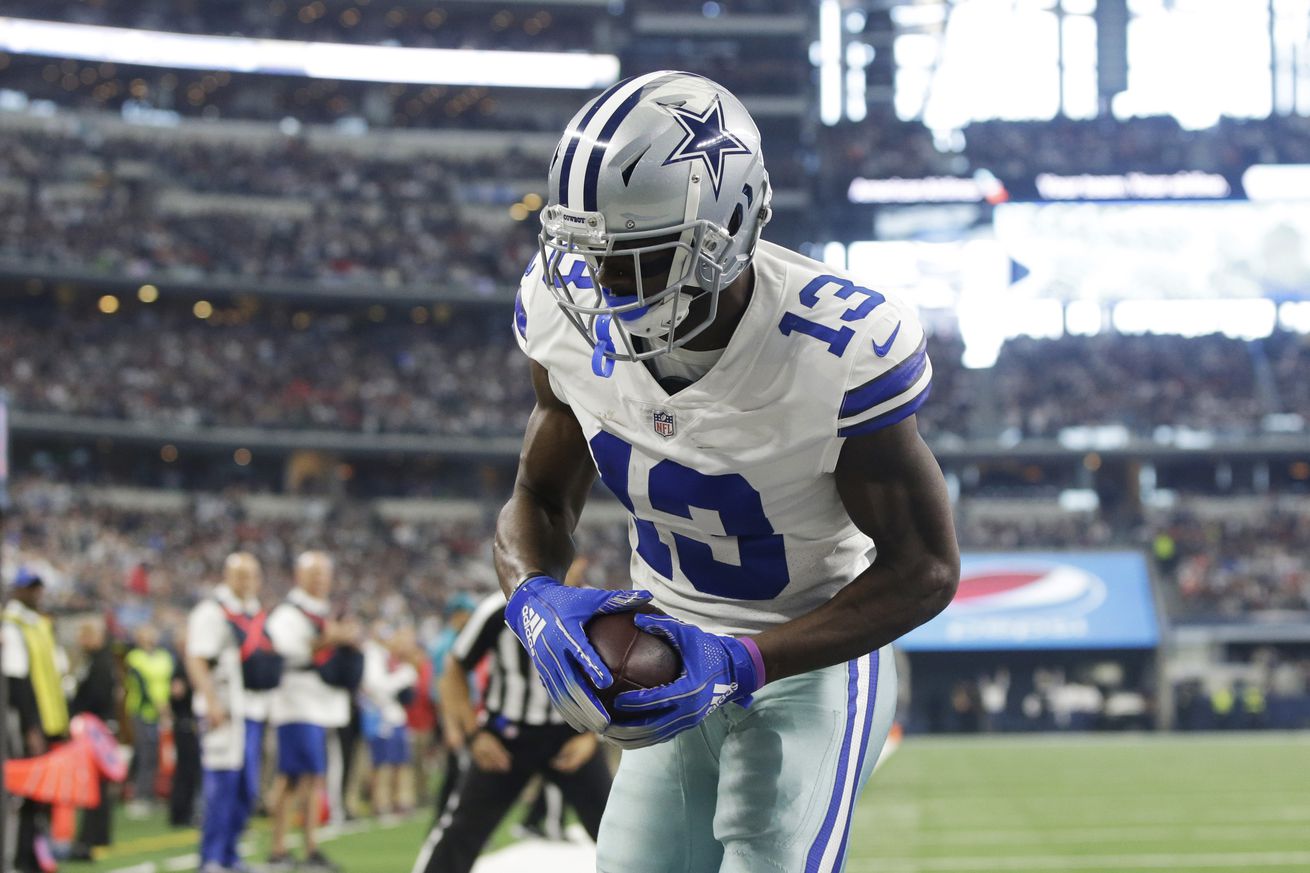 The receiving corps has been rebuilt with a focus on fleet-footed players.

The departure of Dez Bryant from the Dallas Cowboys marked a sea change for the team. Bryant, for years the main target in the passing game, was a big, physical receiver who won a lot of matchups by out-muscling the defender for the ball. But he was not the fastest receiver, and there were times he was brought down from behind. He also was not always a great route runner. Now, the Cowboys are looking to a new kind of receiver. They want players who can get open and then pull away from defenders. And since Bryant left, they have stocked up.

It started with Amari Cooper, who largely saved the 2018 season by becoming the WR1 the team tried and failed to live without. He is a master technician in getting open, and once he has the ball in his hands, he has the speed to pull away. You don’t often see him chased down.

Prior to Cooper’s arrival, Michael Gallup was pretty much the lone speed merchant for the team. We saw him repeatedly get behind the coverage. Sometimes Dak Prescott would get the ball to him for a chunk play, but often we saw wasted opportunities as they failed to connect. One thing we are hoping for is that Jon Kitna is going to help Prescott with his footwork and mechanics to help him get the ball into Gallup’s hands more often.

And this offseason has seen three significant additions who have the potential to really help with the need to get deep in a hurry or run away from the pursuit. In a recent post at DMN’s Sportsday, Jon Machota listed three new members of the Cowboys who were drawing a lot of favorable attention at the OTAs – and all three could play major roles in the passing game.

First is free agent acquisition Randall Cobb, who was described as “quick”. When you add in his football smarts (as covered here) he offers some real value in his primary role as a slot receiver, and can be used in multiple other roles. It is worth noting that he also saw some work on special teams as a gunner, which is usually done by more rapid players. Cobb checks both the route running and speed boxes.

The second player Machota discussed was fourth round Tony Pollard. He was taken as a running back, but if what we are seeing and hearing about Kellen Moore’s offense is at all correct, Pollard is going to get his chances as a receiver. He was used in that role at times in college, with good effect. His speed is one of his most valuable traits. Look for it to be capitalized on.

The third name in the Sportsday article was UDFA WR Jon’Vea Johnson, who is the pure speed variety of receiver. He has an uphill battle to break through to the 53-man roster, but according to WR coach Sanjay Lal, he has already made an impression on the staff, and he himself knows what he has to bring to the team.

“Jon’Vea the last two days, his speed and athleticism and how smooth he is has shown up here almost a little bit earlier than we thought it would,” Lal said Wednesday, “because we think he’s going to process. Most young guys are thinking a lot. He’s done a good job of learning his plays and coming out here and showing what he can do.”

Johnson said after a rookie minicamp practice earlier this month that his goal is to “be the guy to take the top off the defense, a speedster guy.”

Now the Cowboys have some great tools to use in that role of taking the top off the offense, which is something we need to see. One of the many issues last season was how often the team would send four receivers on vertical routes, only to have all of them do a comeback at the sticks. That has to change, and with the options the team now has, it is easy to do. One or two receivers going deep complicates things for the defense, and should result in either a shot at a quick score or an open man to get a fresh set of downs.

That leaves the question of who will be the guy to fight for those tough receptions, especially down in the red zone. Bryant was superior at that. But the answer is already in place in the return of Jason Witten. He is a master at bringing the ball down in traffic, and also has great skill in getting open in crowded areas. It is interesting to note that there has been a good bit written about how he has come back looking faster, but given what we saw in 2017, it may be more accurate to say he is really “less slow”. In any case, he is a very different challenge for the defenders, and that is good to have.

All of this still hinges on Moore and how he calls the plays, as well as the execution of the rest of the offense, particularly Prescott and the offensive line. Prescott needs to make good reads and decisions, and he needs a little time before the pressure starts affecting his throws. But Kitna brings a lot of hope for the former, and the improved health of the line should go a long way for the latter. Now if Moore can use the new speed at his disposal effectively, this offense could take off.