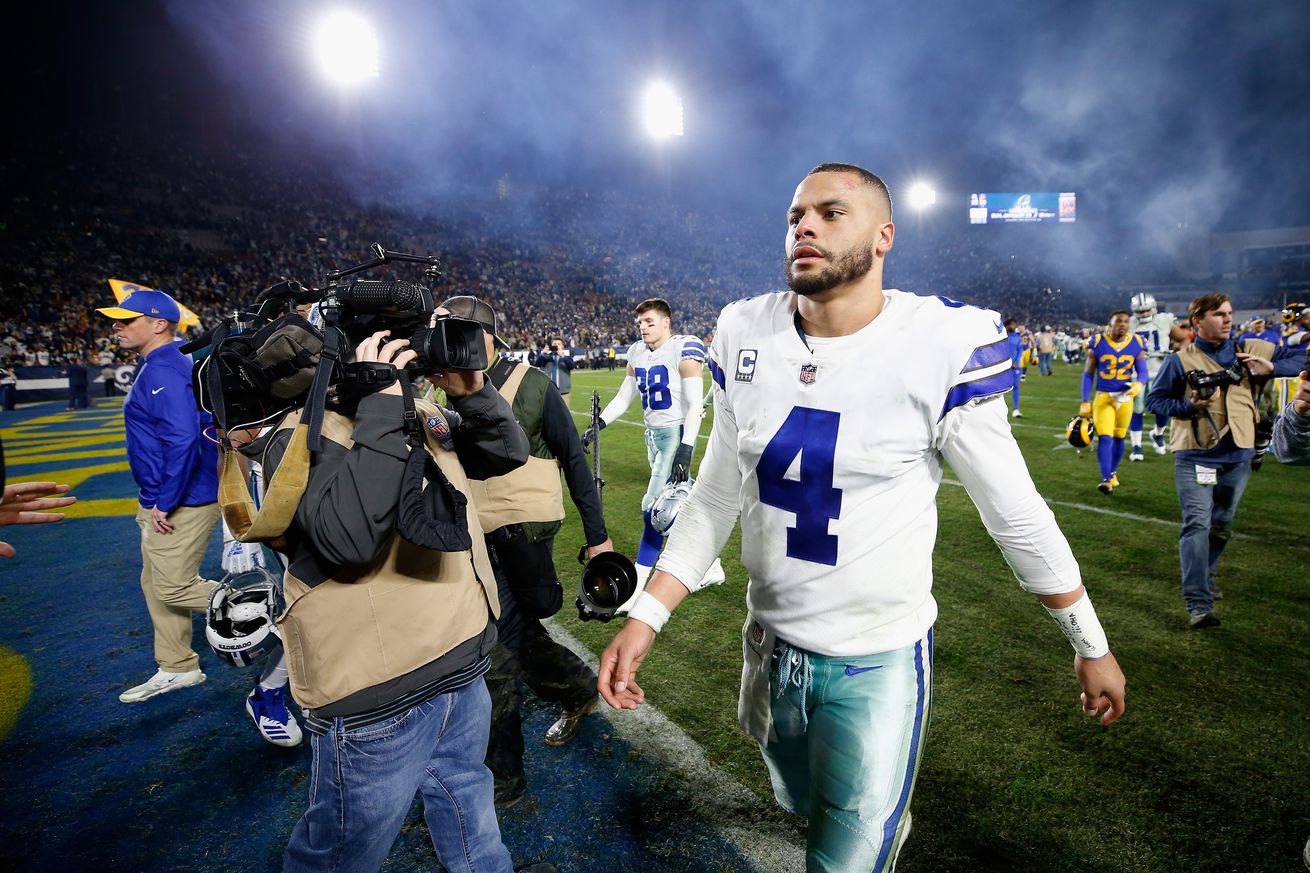 An update on contract talks with certain Cowboys.

This offseason has been one of bookkeeping for the Cowboys as they’re focused on long-term extensions for their star players.

What feels like forever ago, the team successfully locked up defensive end DeMarcus Lawrence to the richest contract in franchise history. That run could be short-lived though as Dak Prescott, Ezekiel Elliott, Amari Cooper, and others (depending how you want to qualify it) are all eligible for their own new deals.

There have been reports at different points over the last few weeks regarding all three of the Prescott, Elliott, and Cooper trio. The Cowboys are clearly hard at work at making sure their new version of a strong triumvirate doesn’t go anywhere, but which leg of the tripod have they made the most progress on?

According to Albert Breer in a Memorial Day version of the MMQB, the answer is Dak Prescott. There’s some thought that perhaps doing Dak first makes sense considering he’s the one who’s going to be paid quarterback money, but perhaps this is just coincidence over that sort of prioritization.

So what’s the most likely scenario? When I asked Jones if it made sense to do Prescott’s contract first, he quickly answered, “Nope. All these guys, they’re all important.”

But the Cowboys’ actions, and simple logic, tell you the quarterback deal probably should be the initial domino to fall. Dallas’ talks with Prescott are more advanced than discussions with the other players. And if Prescott’s deal gets done—which will have an APY at somewhere between 15% and 20% of the salary cap —then it would, on paper, give the Cowboys a solid piece of certainty to work around.

It’s not surprising to hear that conversations with Dak have furthered more than any other. The quarterback said himself last week during OTAs that his team has made a counteroffer to the Cowboys; at this point it’s just a game of pong until the sides land somewhere they both like in the middle.

We’re nearing the end of May which means we have one more full month plus a little time left before training camp officially starts. While this is somewhat of a quiet period as far as general NFL news there’s a strong likelihood that we get some Cowboys headlines throughout it (hopefully nothing bad!). Perhaps a deal for one, maybe two, or by some ridiculous run of success potentially even three.

Get ready to sit and wait.