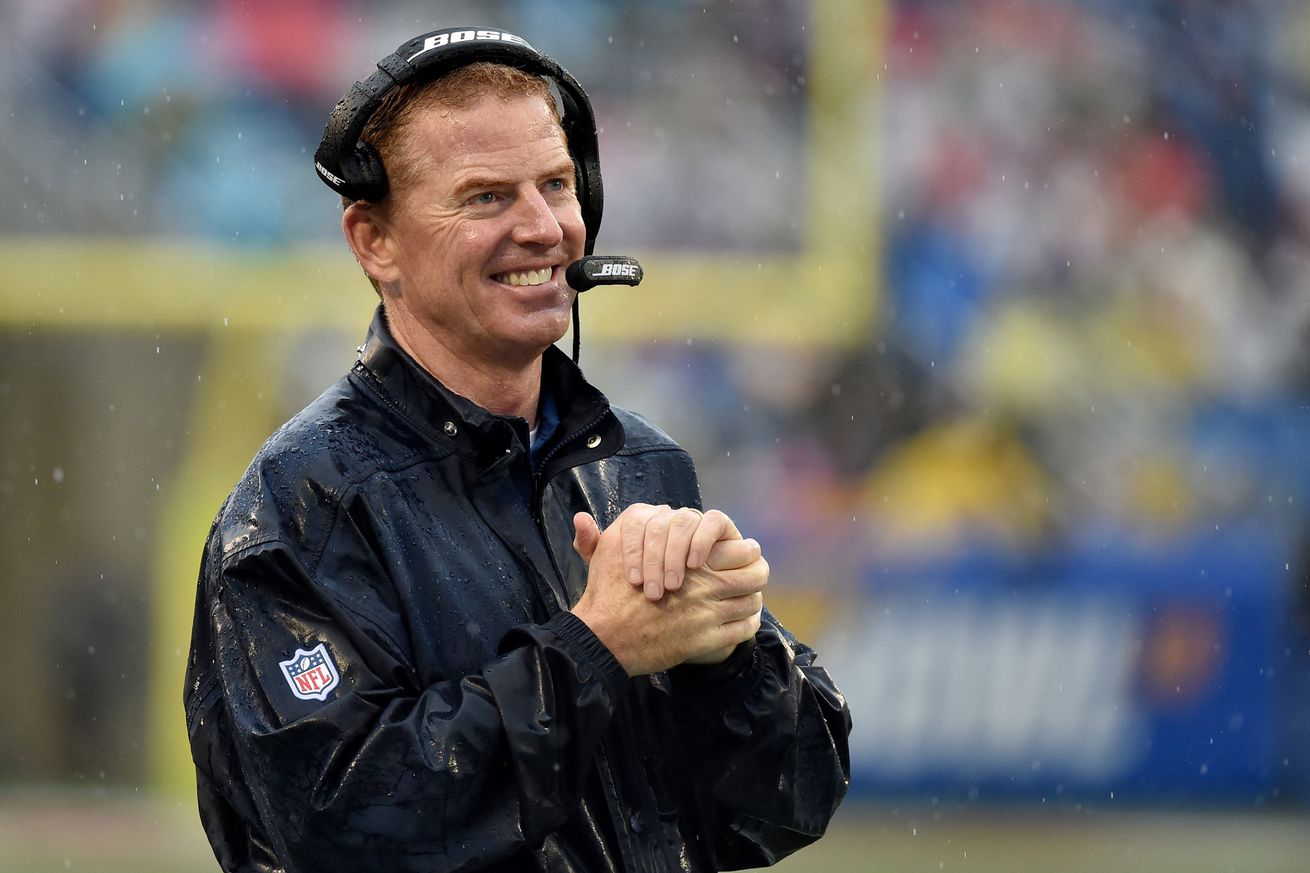 The latest Cowboys updates from their second OTA week.

The Dallas Cowboys are rolling through OTAs and there’s a lot going on. Jason Garrett took to the podium on Wednesday to break it all down. Here’s what he had to say. Remember all answers are paraphrases and not actual quotes.

Jason Garrett was quick to note that the Cowboys are only four practices in, but that there’s no question that he’s improved (he even said almost daily since last year). Obviously time in the NFL helps everyone and it seems as if Michael Gallup is no exception.

Garrett even went as far as saying that the playoff game against the Los Angeles Rams was probably the best game that Gallup has played to this point.

The weight of Connor Williams has been a big subject this offseason, and Jason Garrett said that he believes Connor is “getting there” as far as the ideal weight for him along the offensive line. Garrett noted that Connor was a very young player when they got him and that he’s put on about 15 lbs. since the offseason.

The Cowboys rested tackles during OTAs last week and when asked why the team had Connor Williams play it in their absence, Jason Garrett explained that Connor played it in college and they think he can do both (although he said they like him at guard). He did note that Cam Fleming is expected to practice on Wednesday, but food for thought.

Connor McGovern looks physically “like he belongs” in the words of Jason Garrett. He also said that McGovern would grow and develop while in the Cowboys program, which is exciting to consider.

Jourdan Lewis, how does he get opportunities even though he may not fit the physical profile of the corners?

The physical profile for cornerbacks for the Cowboys is well-documented and is on the record for not looking great as far as Jourdan Lewis. Jason Garrett noted that when they drafted Lewis that they knew he was on the “Mendoza Line” of height as he put it but that all opportunities have to be earned.

Cornerback is an interesting spot in general for the Cowboys and Garrett did say that when Lewis has gotten opportunities to play that he’s made the most of them and made plays that had changed games.

Same guys who were out last week out this week?

“Yes,” Jason Garrett said with a smile. He also noted that Chidobe Awuzie and Kavon Frazier will not practice. He cited a hamstring for Chido and a knee scope for Kavon which result in the safety missing the next couple of weeks.

Without getting specific, Garrett just listed generic categories that Vander Esch, and players in general, can improve in. Most of it had to do with getting more experience on the field and doing things faster and better.

Sean Lee will do whatever is asked

Jason Garrett took a moment to express pride in Sean Lee and everything he’s done for the Cowboys. He explained that Lee has done a phenomenal job in his transition from where he’s been in his career to now.

Negotiations with Dak, Zeke, and Amari

As far as whether or not any players are handling negotiations in a way that Jason Garrett is noticing, he simply said that he believes great football players handle the business of it all in the right way and handle the football stuff when it’s time to go to work.

The business of football doesn’t come up a whole lot

The state of the future CBA is something that has been in discussions a lot lately, but Jason Garrett said that he doesn’t have a whole lot of business talks with his players. It’s mostly current football.

What’s stood out about Randall Cobb?

“He’s a pro.” Jason Garrett was very firm in that answer. In fact he spoke with great conviction about the kind of professional that Cobb is, saying that he’ll ask Randall after practices how it went and the receiver will list off about five mistakes in an effort to make himself better.

Quaterback experience for Cobb help him?

Randall Cobb has some experience playing quarterback in high school (he’s obviously done a variety of things since then, especially in the NFL) and Jason Garrett certainly believes that it all has helped him play at high level. When you’ve been a quarterback you know what that position is looking for and it seems like Cobb has put himself in those positions more often than not throughout his career.

Amari’s impact in the locker room

Jason Garrett did note that Amari Cooper is a “fairly” quiet guy, but that he proves a great example and is also a great professional. He cited how Amari joined the team mid-season last year and handled it so well, that’s a rare quality and a phenomenal example for younger players.

Amari ranks up there with cerebral wide receivers

Asked if he’s ever been around as cerebral of a wide receiver as Amari Cooper, Garrett was quick to reference that he’s been around some pretty bright guys but that Amari certainly ranks among them.

Jaylon Smith at Notre Dame, conversations about him graduating

Jason Garrett expressed great support for Jaylon Smith going back to Notre Dame this offseason to finish his degree (from one of the greatest universities on the planet in Garrett’s word, shout out Irish!). He noted that the Cowboys want to grow great football players but that they also want to grow great men and said he’s extremely proud of Jaylon.

Asked if he considers his first true job coaching to be the one he had with the 2005 Miami Dolphins or his experience learning from his father, Jason Garrett noted that he definitely began his football life under his dad’s wing. He also credited all of the coaches he had in high school, college, and in the NFL, but he also said that he wanted to maximize his ability to be a player in the league. He noted that in Tampa Bay in 2004 he allowed himself for the first time to think about coaching and the rest, as they say, is history.

Garrett knew he was a mediocre player

Jason Garrett was asked if he would have a hard time telling a player nowadays that they’re average and he said absolutely not. He noted that he himself was a mediocre player and that he didn’t need to be told that. He noted that the coaches that pushed him, those are the conversations that helped shape him and push him and encourage him and that he wants to pay that forward.