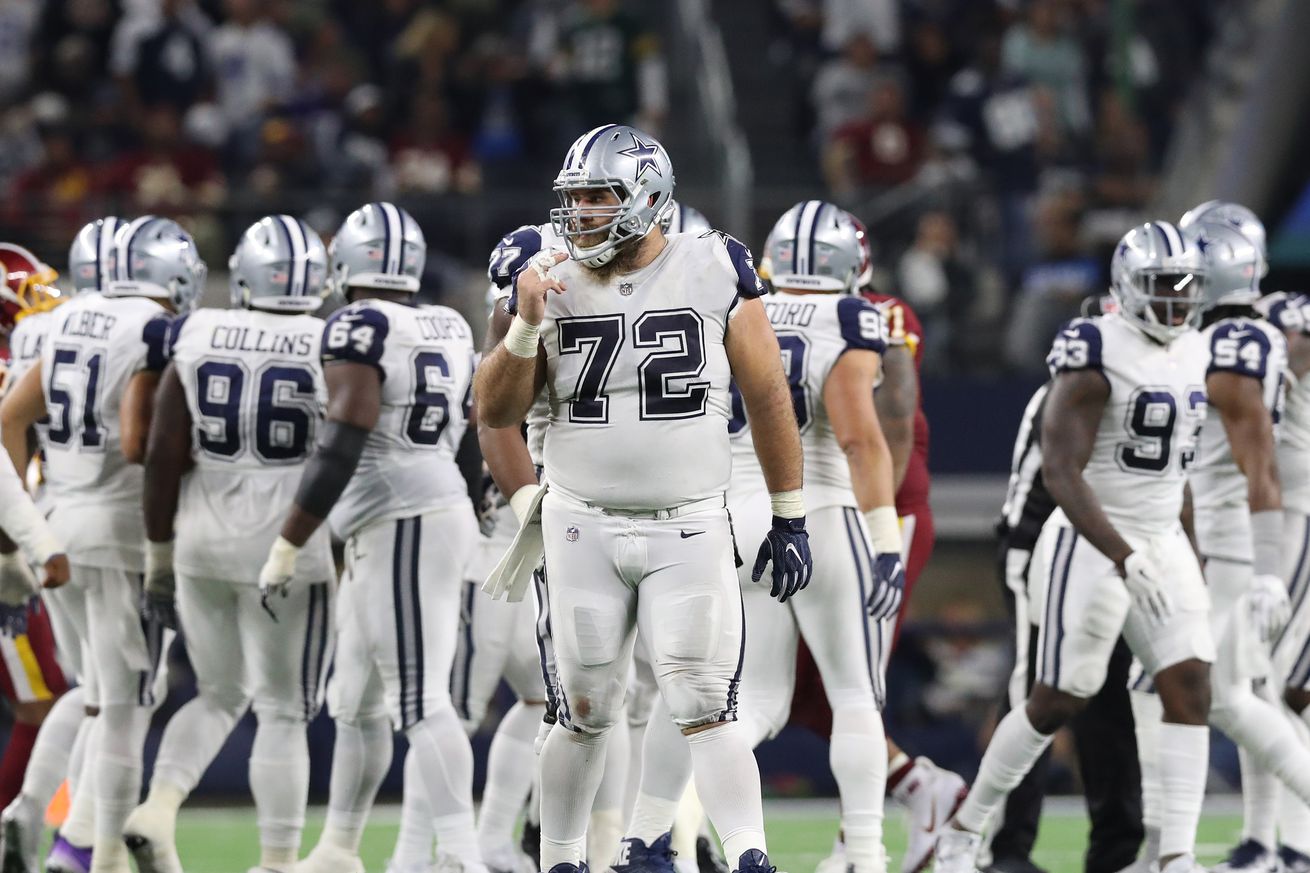 The Cowboys offensive line is its strength, but just how strong is it?

For the better part of the last decade, the Cowboys have made it their mission to build through the offensive line. Dallas has built one of the most talented offensive lines in all of football and the unit has really become the team’s lifeblood. For years, the Dallas Cowboys reigned supreme as the very best but last year wasn’t too kind to this unit.

They began the season without Travis Frederick, who was dealing with Guillain-Barre syndrome. Joe Looney was thrust into the starting role in place of Frederick and the Cowboys were also starting a rookie left guard in Connor Williams. In the dress-rehearsal preseason game, Zack Martin sprained his MCL and continued to play through the pain. The same could be said for both Tyron Smith and La’el Collins, both played through their fair share of injuries.

Despite attrition forcing changes in the lineup, the Cowboys finished 10th in rushing, allowing Ezekiel Elliott to claim his second rushing title in three seasons. The area where the Cowboys’ line struggled most was pass protection. Dak Prescott was sacked nearly 60 times, over twice the average for this Cowboys’ line since it had been rebuilt. Of course, sacks are a two-way statistic shared between the line and quarterback. Still, the Cowboys’ line was charged with 26 sacks, 23 hits, and 120 hurries on 612 passing plays. Per PFF, their pass-blocking efficiency grade was the team’s worst mark since 2012. Even so, the Cowboys won the NFC East for the third time in the last five years but were ousted in the divisional round.

If the Cowboys want to get back to the playoffs, they knew that this offensive line would need a little sprucing up. A big help will undoubtedly be the return of Travis Frederick, who is seemingly past last year’s debilitating disease. Connor Williams has completely re-shaped his body and should be much stronger at the point of attack than he was as a rookie. Tyron Smith, Zack Martin, and La’el Collins have spent the offseason getting healthy. All in all, the starting five will certainly compete to regain their title of best in football.

Where the Cowboys really helped themselves is by prioritizing this unit in both free agency and the draft. Cameron Fleming may not be a perennial All-Pro like Tyron Smith but he has started many games in this league for playoff-contending football teams. As the swing tackle, you would be hard-pressed to find anyone better. Joe Looney returns to his role as a backup at guard and center. Xavier Su’a-Filo has his shortcomings but plays with above average power and helped the Cowboys win a few games last year.

The biggest addition, without question, was the drafting of Connor McGovern in the third round. There’s an old adage of the rich getting richer and that’s exactly what the Cowboys did here. If offensive line is of the utmost importance and it’s something this team does well, why not? McGovern will not be forced to start but could if you needed him to and he’s part of the future plans for this line if some veterans price themselves out of Dallas in 2020. In the UDFA pool, the Cowboys picked up a few talents such as Mitch Hyatt, who have started a ton of games at the college level and can compete for a role.

Conclusion: There is no doubt that this team has improved from the start of 2018 to 2019 along the offensive line. Now, this line has to re-build continuity and do what they do best, run all over people. Marc Colombo is one fortunate offensive line coach as his unit is anchored again by three All-Pros and a truckload of potential.