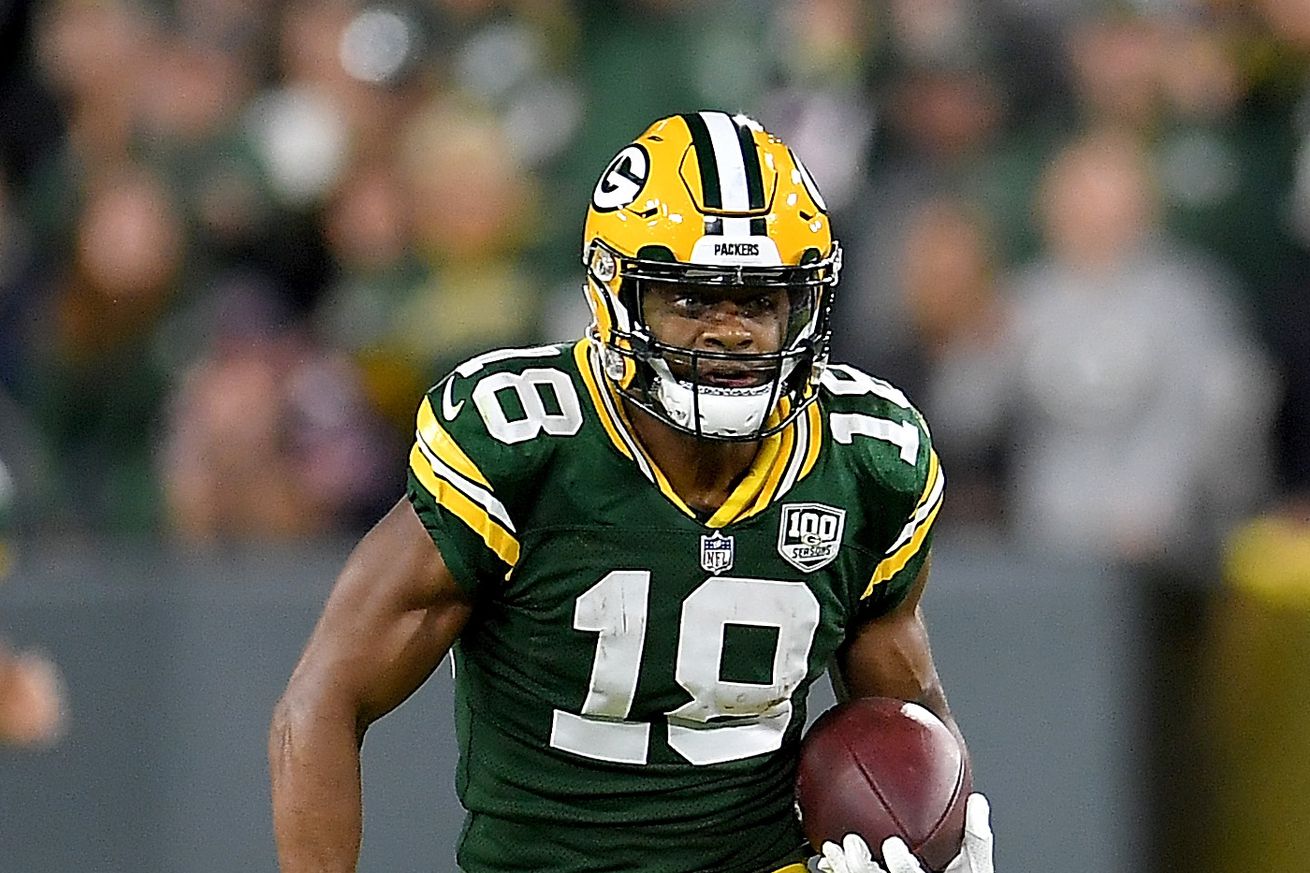 While the big moves have been on defense, the Cowboys have quietly made a lot of improvements on the offensive side of the ball.

The Dallas Cowboys have had a great offseason. Their biggest move came when they re-signed All-Pro defensive end DeMarcus Lawrence to a five-year, $105 million deal. Then, they double-downed by trading a 2020 sixth-round pick for veteran pass rusher Robert Quinn. They also worked out a pay restructure that would only cost the Cowboys $8 million for the year. And if that wasn’t enough, the team used it’s top draft resource to select the “freakish athletic” Trysten Hill to strengthen the interior of the defensive line. Not too bad, right?

Not only is there a lot to be happy about along the defensive line, but the team also has some other up-and-coming young stars. Leighton Vander Esch and Jaylon Smith now roam the middle and Byron Jones emerged as one of the top corners in the league. The Cowboys finished sixth in the league in points allowed last season and they are poised to be even better this year.

That’s great and all, but what about the offense?

A great offense has been a staple of the Cowboys success throughout its history. Many of us know that Tom Landry’s Cowboys didn’t have a winning record during his first six seasons in the league. But then in his seventh season as head coach, the Cowboys proceeded to make it to the playoffs in 17 of the next 18 years. That’s remarkable. The Cowboys offense was ranked in the top 10 in every single one of those seasons. But then in 1984, the offense would never see the top 10 again under Landry, and five years later he was fired.

That top 10 offense finally surfaced again in the ‘90s, lead by the triplets: Troy Aikman, Emmitt Smith, and Michael Irvin. For five straight years, the offense made the ranks and the team made the playoffs, including three Super Bowl victories. But as soon as the offense faded, so did the Cowboys as losing seasons soon followed.

Having a great offense has been crucial for the team’s success, especially if they are to go deep in the playoffs. In fact, all five of the Cowboys Super Bowl wins have come from teams that have finished in the top three in points scored (stats courtesy of Pro Football Reference).

While the post-Jimmy Johnson struggles included many years of a poor offense, the unit has been brought back to life under Jason Garrett. In his first year as offensive coordinator, the Cowboys ranked second (behind the 16-0 New England Patriots) in points scored and finished with a franchise best 13-3 season. They were also in the top five in 2016 with a new ensemble cast, where they also finished with a 13-3 record. But the offense has started trending the other way the last couple seasons and that’s not good.

Despite winning the division and making it to the divisional round of the playoffs last year, the Cowboys were still outside the top 20 in points scored. That’s a problem.

The team has taken action in hopes to rectify some of their issues on offense. Some of those actions were taken mid-season last year after the team swapped out the offensive line coach Paul Alexander for Marc Colombo. The team also made a big trade with the Oakland Raiders to acquire wide receiver Amari Cooper. These moves helped, but there were still a lot of issues that needed to be addressed.

The biggest one included offensive coordinator, where the team moved from Scott Linehan to the young offensive mind of Kellen Moore. The Cowboys are trying shake up their predictability and keep defenses guessing a little more. Pre-snap motions, different formations, and new plays are all things we are hoping transforms the offense into a more efficient, touchdown-scoring group. Moore has had success running a complex scheme at Boise State, but can he work that same magic at the NFL level?

While the changing of coordinators is the biggest move for the offense, the Cowboys have actually made several other moves that will help them get better, including some type of change at every single position group.

Jon Kitna – The team brought in a special mentor to help Dak Prescott take the next step. Getting that “ankle eye” straightened out to improve his accuracy as well as being able to go through his progressions quicker will help immensely.

Tony Pollard – Ezekiel Elliott is already one of the top running backs in the game. He had over 2,000 yards from scrimmage last year, but it took him 381 touches to get it. The team would like to reduce his workload a bit to keep him fresh, but without losing that spark. The addition of Memphis back Tony Pollard should do just that. We haven’t seen Pollard in action yet, but fans are already excited about what the dynamic running back brings to the offense.

Randall Cobb – The Cowboys biggest loss this offseason was Cole Beasley as the veteran slot receiver signed with the Buffalo Bills. But the team signed Randall Cobb who, if he can stay healthy, will be an upgrade over Beasley. Cobb has more versatility to play both inside and out, as well as having the speed to take it to the house on any given play.

Michael Gallup – He will be entering his second year. He progressed as the season went on last year and could take a big step forward this season. The Dak/Gallup connection left a lot of meat on the bone last year and if they can improve their chemistry, this combo can be a valuable asset to the offense.

Amari Cooper – The young, three-time Pro Bowler already had outstanding numbers once he arrived in Dallas, but things are only going to get better. He now gets a full training camp to work with Dak and a full season to wreak havoc in the passing game.

With so many players fighting for a roster spot at receiver, it’s unclear who will round out the roster come September. Maybe you like Cedrick Wilson. Maybe you like Jon’Vea Johnson. Or maybe you think Tavon Austin can still be a thing. Regardless of who prevails, one thing is clear – this group will be better than they were last season. Things were a giant mess this time last year, but things are a lot different now.

Jason Witten – The veteran tight end brings some stability at the position, and as long as he shows no noticeable drop in ability – this group will inevitably be better. Early reports in camp are that he looks faster and stronger than he was the last time he was on the field.

Blake Jarwin and Dalton Schultz – Both showed improvement as last season progressed and they should offer the team more than they did a year ago. This group looks an awful lot like the 2014 unit that featured Gavin Escobar and James Hanna. Those guys weren’t stars by any means, but combined with Witten that trio was effective in both the passing game and running game. That group combined for over 800 yards receiving and nine touchdown catches as well as playing an integral role in helping DeMarco Murray set the franchise single-season rushing record.

With Witten back and the specific skill sets of Jarwin and Schultz, the team will once again be equipped with the versatility to beat you in different ways.

Travis Frederick – Getting their All-Pro center back will be a vast improvement along the interior of the offensive line. It’s still uncertain what level he’ll be able to play at, but the team was careful with him, allowing him to fully recover before returning him to action.

Connor Williams – He struggled last season, but he’s bigger and stronger now. And with a year of NFL experience under his belt, things should go better for him this season.

Connor McGovern – The team may have not been in the market to spend a Day 2 draft resource on another linemen, but it just worked out that way when the Penn State star was still on the board when the Cowboys were up. He’s got the body for it, but how quickly will be ready for NFL caliber opponents? He may challenge Williams for the left guard starting spot, but even if he loses – McGovern will help strengthen the overall depth of the offensive line.

With so many key players missing, the offensive line was a source of trouble last season. Despite having one of the best running backs in the league, the Cowboys ranked 14th in run success as well seeing Prescott get sacked 56 times (second most in the league). The team has done a great job adding depth and with the addition of the two Connors, the team boasts one of the deepest offensive lines in the league now.

That being said, the Cowboys have gotten better at every single offensive position group. pic.twitter.com/BdjROQYOkH

Have the Cowboys done enough to fix their offense? The answer remains to be seen, but they sure have been active in addressing every problem that ailed them last season. Things certainly look promising.

It’s been a really long time when the Cowboys have had both a good offense and a good defense. This season could be one of those years. And if history has taught us anything, that usually results in something special.