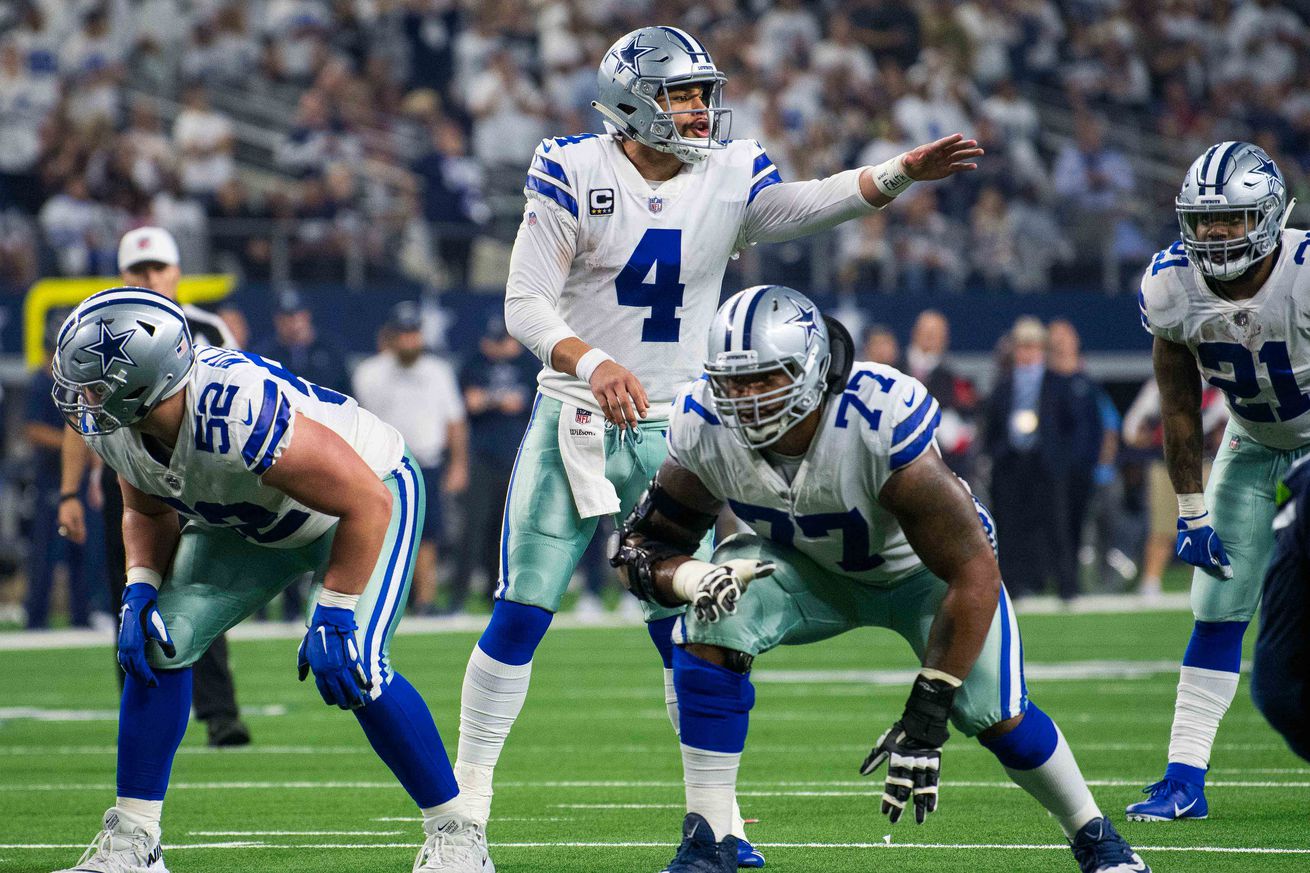 Kellen Moore has already made a major departure from his predecessor.

Yes, we’ve got at least one Moore article talking about this new offense. Excitement has been reaching a fever pitch for Kellen Moore after some of the reports about his offense in OTA’s. The biggest reason for that is the personnel groupings that Moore seems to be using, most notably his preference for a spread out 10 personnel in the red zone and a high use of 21 personnel to take advantage of dynamic fullback Jamize Olawale.

Moore has stated many times already that he wants his offense to be multiple, which lines up with our earlier projection of his offense functioning similarly to Boise State’s, so the personnel groupings might not necessarily mean anything aside from being some new window dressing for opposing defenses. However, that might be the cure for an offense that’s been way too predictable in recent years.

And for the Cowboys, a heavy dose of diverse personnel groupings would be a drastic departure from the way this unit operated under Scott Linehan. Under him, the Cowboys’ personnel groupings were unsurprisingly bland and uniform. Using sharpfootballstats.com, which tracks personnel group frequencies of every NFL team since the 2016 season, we can get an idea of just how one-note this offense has been in this aspect.

In the 2018 season, the Cowboys ran 66% of their plays out of 11 personnel, which isn’t shocking considering that’s more or less the base formation for offenses these days. The league average for 11 personnel was 65%, so Dallas was actually close to being in the middle here. Of course, there are a few outliers here: the Rams ran 89% of their plays in 11 personnel, but their offense and personnel, complete with tons of pre-snap motion, are diverse enough to where the grouping has little to no impact on the plays they run; as well, the 49ers operate primarily out of 21 personnel, so their 11 personnel frequency was at a league-low 39%.

But while Dallas was average in their use of 11 personnel, their heavy use of 12 personnel sets them apart. The decision to go heavy in this grouping seems odd given the uncertainty at the tight end position last year. Prior to the Amari Cooper trade, Dallas was top ten in the league in 12 personnel frequency at 17%. That shrunk to 14% after acquiring Cooper, which still tied them for sixth-highest among teams that ended up making the playoffs. Still, though, Dallas ran the ball on 65% of their 12 personnel plays. Between 11 and 12 personnel, the Cowboys offense saw a frequency of 81%. In other words, they ran roughly four-fifths of all their plays out of two different personnel groupings.

There were ten other personnel groupings the Cowboys used last year, across which they split a mere 219 plays. Of those ten groupings, only four of them saw more than 15 plays. The more obscure groupings, such as 20 or 0 personnel, saw a combined 2% usage between six groupings. The Cowboys used two tight-end-heavy groupings, 13 and 22 personnel, a combined 8% of plays; they ran it 73.5% of the time in these situations with only a 41% success rate.

Of course, this all works to confirm what many have said about Linehan’s offense for a while: everyone knew what was coming. When multiple tight ends or a fullback came on, it was likely a running play. When four wide receivers came out, it was more often a passing play. And defenses were able to disrupt those plays much easier because of it.

When Moore talks about having a multiple offense, I have to assume that means using more than two personnel groupings at a high frequency. For example, the Falcons, Bears, Chargers, and Saints all had fairly even splits between 12 and 21 personnel, with both groupings having at least 10% frequency. Coincidentally, all four of these teams were in the top ten in points per game.

While using a wide variance of personnel groupings isn’t the only way to field a successful offense, it certainly is one way. And it seems as if the refusal to become more multiple is part of what led to Linehan’s downfall. While the Cowboys might not be undergoing some massive philosophical change in their offense under Kellen Moore, just adjusting the frequency of personnel groupings will produce a unit that looks completely different.