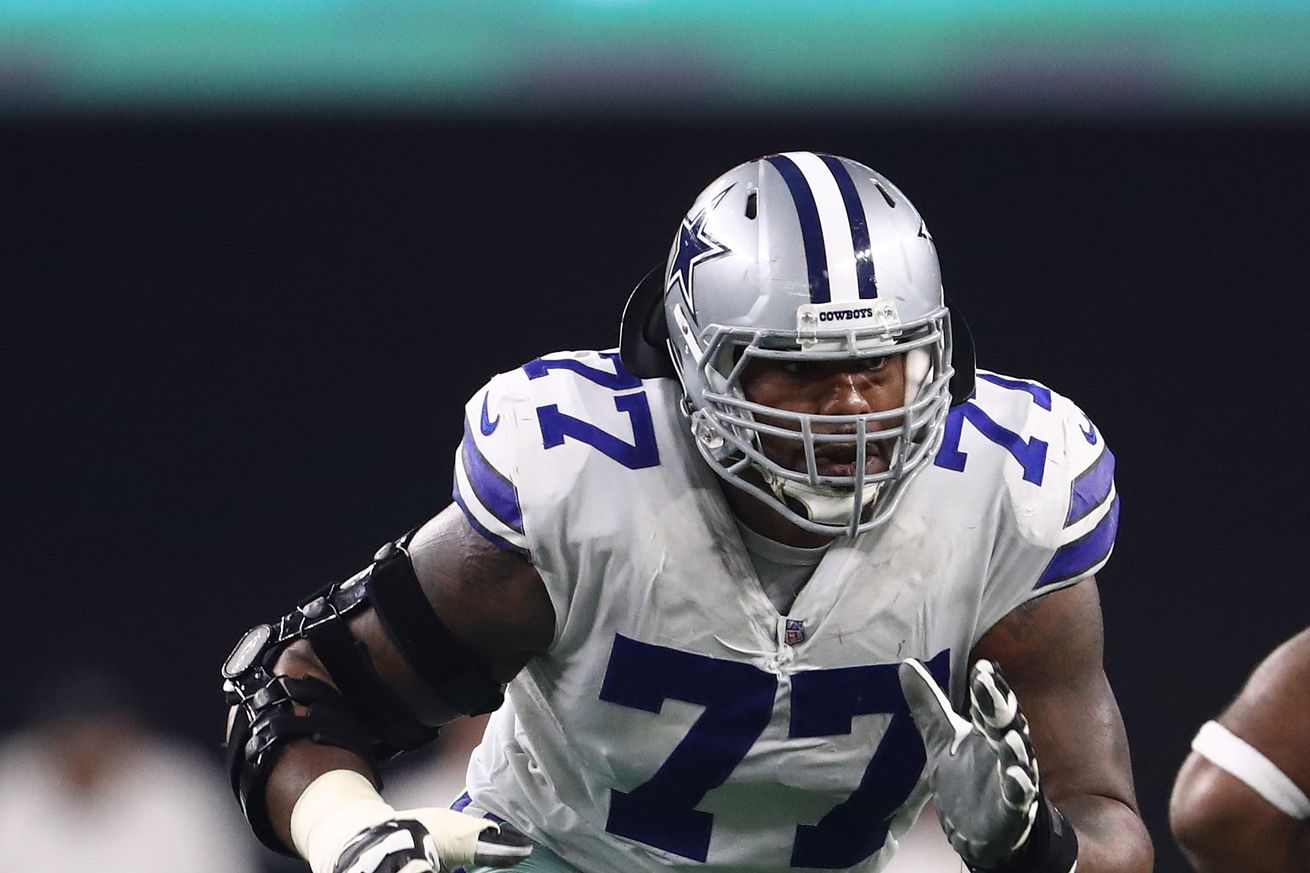 The Cowboys big left tackle still has plenty left and put together a quality 2018.

It’s a good debate to have – which Cowboys player on offense performed the best in 2019? There are plenty of different ways to define “performed the best” as you have to factor in many things. For instance, Amari Cooper would certainly be in the running but you have to take into account he only was with Dallas for nine games in 2019. If you pro-rate his stats, then you can look at a full year, but would he have performed that well if he had been here all 16 games? You also have Ezekiel Elliott, who only led the league in rushing. Even with that, you have to take into account the amount of rushes he had and how that plays out as just a volume stat.

Another way to look at it? With grades from Pro Football Focus. Sure, there are arguments to be made about how well these grades reflect reality, but they are one tool to use. In this case, the highest-graded offensive player for Dallas in 2018 was left tackle Tyron Smith.

Tyron Smith led the Cowboys in overall grade on offense during the 2018 season pic.twitter.com/xU3R3B4VzZ

Smith missed what is now his customary three games in 2018 (although a few of those were healthy scratches in Week 17), but when he was on the field he was looking much more like his old self. After a few years of struggling through back problems that sapped him of some of his customary strength and mobility, Smith was back to being the premier left tackle that he once was. For the year, he was graded as giving up only 15 pressures, 13 hurries and no sacks, although he did pick up seven holding penalties.

Pro Football Focus goes one step further and graded players on their “clutch” team. Clutch was defined as plays in the fourth quarter of games within seven points. Smith made that list, too.

Over the course of the season, Smith graded out as the sixth-best left tackle with an overall grade of 80.1. As great players do, though, he raised his game in clutch time and finished those plays with a grade of 87.3. Smith’s run-blocking grade of 78.4 led all tackles, and he allowed zero quarterback hits or sacks on 156 pass-blocking snaps.

The good news is that the Cowboys have Smith signed through 2023 on a very team-friendly deal. If Smith’s health holds out, the Cowboys have one of the most important positions in the NFL locked up for a while, allowing them to better pursue deals with other stars who need new contracts. Smith feels his health is good and that he’s going to be better heading into 2019.

“Every year you always have little nicks here and there, but it feels good coming into this year with no injuries,” Smith said, via Jon Machota of the Dallas Morning News. “I’m coming back faster and stronger.”

With the likely return of Travis Frederick, and the presence of the always great Zack Martin, the Cowboys should have their three offensive line studs back to form for 2019. That makes a huge difference.

Bob Sturm recently tracked Smith’s 2018 season and noted that while he may never be peak Tyron Smith again, he is still elite.

He had a stretch of three games that were simply unreal back in Weeks 9 through 11, when the Cowboys played Tennessee, Philadelphia, and Atlanta and the team began to turn its entire season around. Smith was nearly perfect over those games, allowing zero sacks, zero QB hits, zero hurries, zero penalties and nearly zero false steps. It was clinical, and it was a demonstration of what he does.

Here are some of #DallasCowboys LT Tyron Smith’s best blocks of the season pic.twitter.com/ZgmyW8ryXG