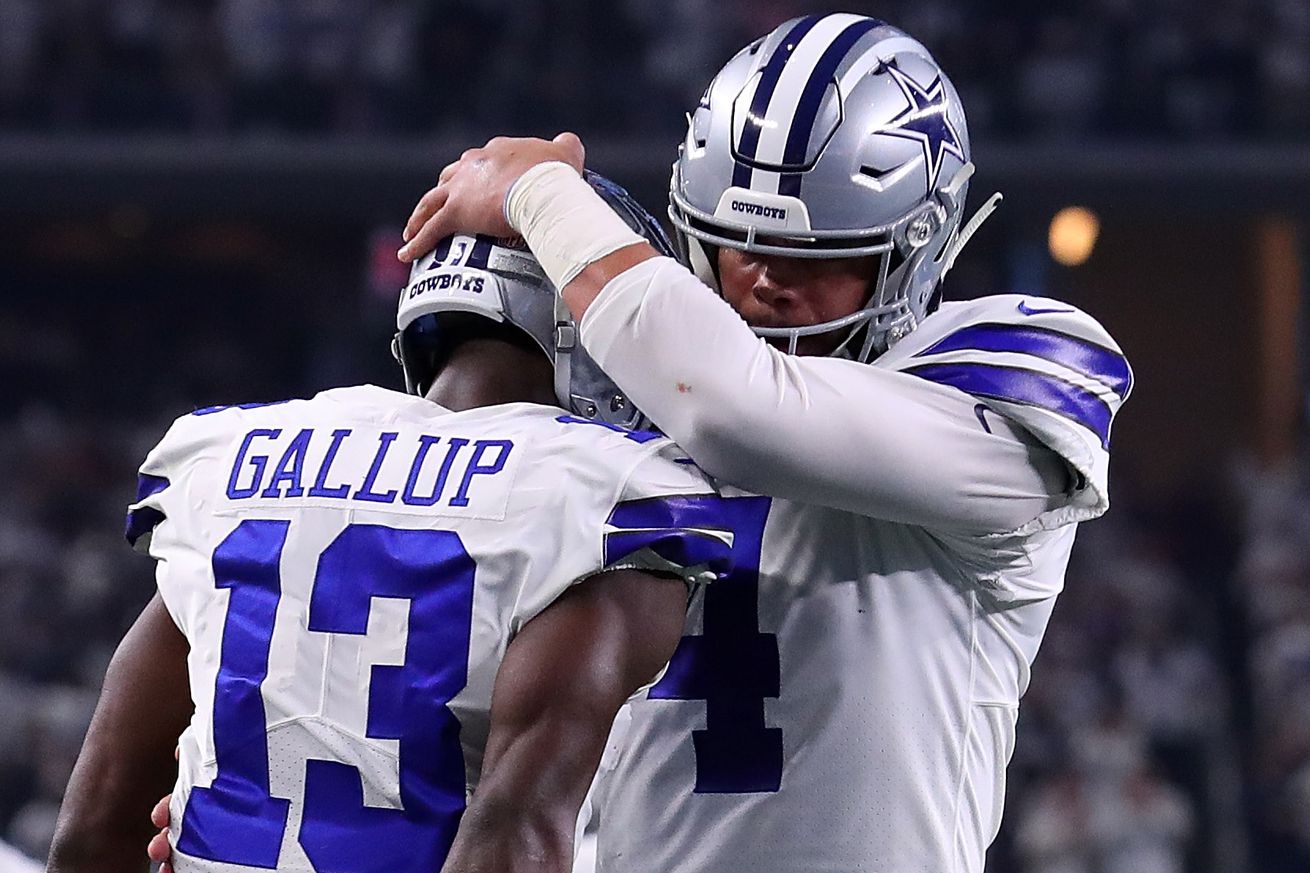 The Cowboys second-year wide receiver is showing all the signs of having a big year in 2019.

One of the more disappointing things about the Cowboys 2018 season was the inability of Dak Prescott and Michael Gallup to connect more on deep passes. For whatever reason, the chemistry just wasn’t there. There were a handful of times that Gallup got behind his defender deep but the pass was in one spot, Gallup was in another. Missed opportunities.

Gallup and Prescott are determined to make sure that in 2019 they are on the same page. Not only on deep passes, but in all phases of the passing game. For Gallup, it’s a two-step approach. The first is covering the fundamentals, the second is picking Prescott’s brain – constantly.

The focus this offseason has been on fundamentals. Footwork. Staying low. Going into and coming out of breaks as fast as possible.

Dak Prescott notices a difference. Not just in Gallup’s technique, but his communication. He’s constantly talking to the quarterback before and after the play, asking about where he falls in the progression, asking if he ran the route the way Prescott likes, etc.

”When you have a guy like that who wants to know that, that’s allowing him to set up his routes and get open,’’ Prescott said. “He’s taking the next step.’’

Prescott details more of that communication, a sign that Gallup wants to get better and wants to be in the right spot for Prescott to drop in the pass.

“If I came to him (on a play), if I didn’t, if there was a read route or whatever,” Prescott said. “Always coming right back to me asking what I’m thinking, when I’ll get to him, what number is he in progression.”

This is worlds away from where Gallup was last year in his first offseason with the Cowboys. Back then, he was getting constant attention from wide receivers coach Sanjay Lal.

The Cowboys wide receivers coach will shadow players if he feels they need a nudge or reminder on how to run a route. He spent a good part of last year’s organized team activities tracking Gallup.

”I haven’t really followed him in these OTAs,’’ Lal said. “He’s been making really good decisions and improving all of those routes.’’

Gallup started slowly last year but ramped up his production as the season progressed. Overall he caught 33 passes for 507 yards and he added two touchdowns. When the Cowboys went on their run late in the second half of the season, Gallup was a major factor, benefiting from the presence of Amari Cooper and his experience with the offense and the NFL game. He had 15 of his catches in the final five games, and when the playoffs arrived he had become a serious weapon.

He scored a touchdown in the Cowboys victory over the Seahawks and was the team’s leading receiver in the loss to the Rams with six catches for 119 yards. Three of those catches ended up being for more than 20 yards.

Now, Gallup is ready to take it to another level. He’s feeling good about where he is as an NFL player.

“Not like some of those older cats, but I definitely feel way more comfortable,’’ Gallup said. “You’ve been in the offense for a little bit now and then you know everybody and how they work and how they move, so it’s easier for you to do what you’re supposed to do.

”When you can play free and know what you’re supposed to do, you can just go play ball.’’

The Cowboys are sporting a pretty decent trio at wide receiver. Amari Cooper is the clear number one guy and he developed instant chemistry with Prescott. Randall Cobb is the slot guy who is bringing a wealth of knowledge and past-production to the offense. Gallup looks to be settling in as the number two guy, and a guy who can be a deep threat.

Having Cooper and Cobb is only going to make Gallup better. He will likely see more one-on-one looks, and they are passing on all of their knowledge.

“We go in there and watch film. I watch what they do,” Gallup said. “Cobb, he’s always in my ear trying to tell me something I could do a little bit different. Coop’s always trying to give out things for me to do, too.

”It’s definitely exciting to be with a group like that. It’s going to be fun this year.”

Gallup had a solid rookie campaign, especially for a receiver which is a position that starts notoriously slow in the NFL. With a year of experience under his belt, veteran receivers who can help him on and off the field, and a new line of communication with Dak Prescott, Gallup is a solid bet to have a breakout year in 2019.