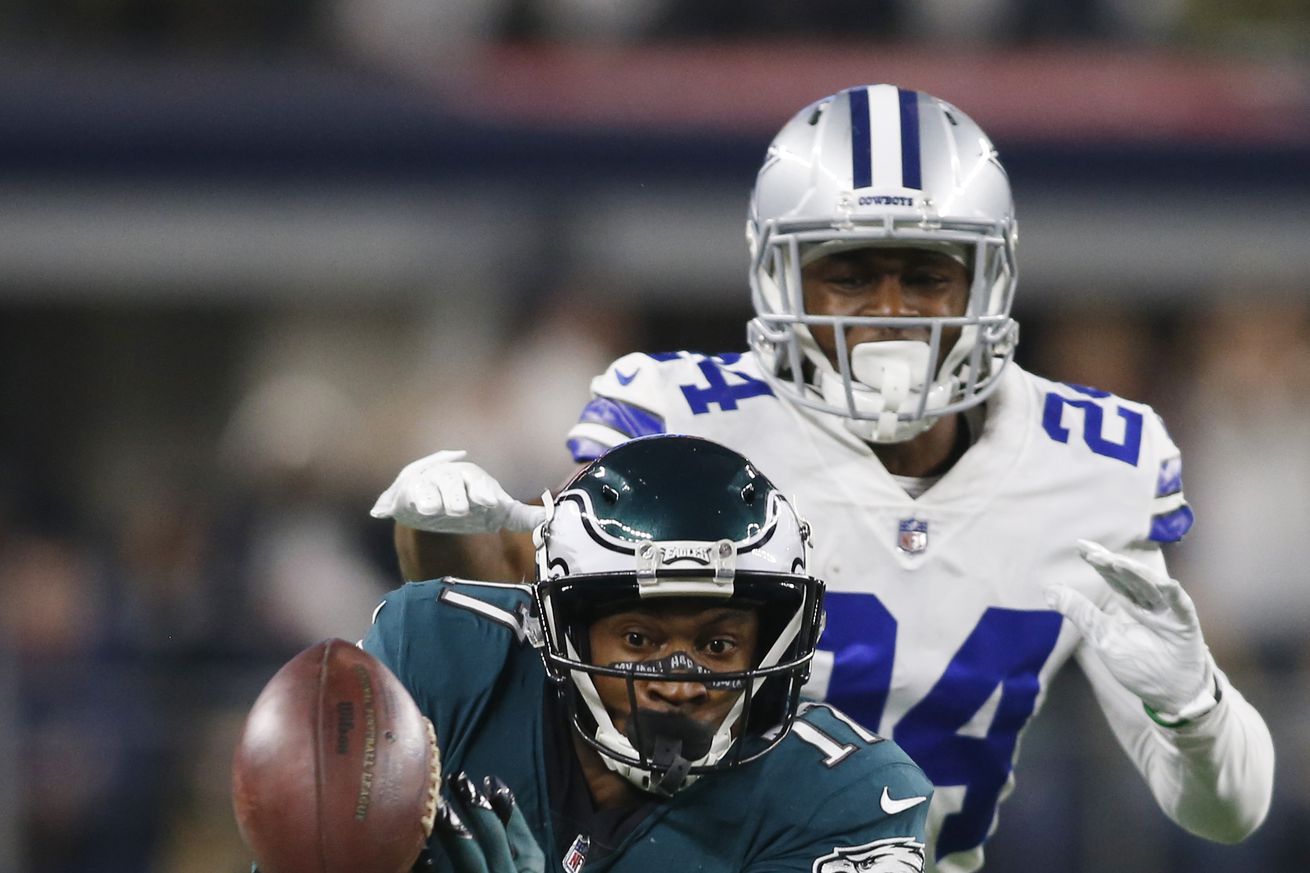 The Eagles love is strong, but is it justified?

There have been a boatload of offseason grades handed out since the 2019 draft concluded and we’ve covered some of them. It seems like in the majority of them, the Dallas Cowboys do well, but their arch-rival in the East, the Philadelphia Eagles, best them. So it is in the latest one from CBS Sports by Jared Dubin.

While homerism may keep me from completely agreeing with Dubin’s take, his article seems well-researched and he backs up his arguments. His take on the Cowboys seems accurate (meaning his opinions line up with mine!).

He takes a moment looking at what the Cowboys did outside of player acquisition, including replacing Scott Linehan with Kellen Moore. He also brings up some of the negative stuff like Randy Gregory’s suspension, Tyrone Crawford’s bar fight and Ezekiel Elliott’s video. While to some extent these incidents are outside of the Cowboys control, they can possibly affect the upcoming season and remind us that this seems to happen to the Cowboys far too often in offseasons past and present.

There is also the DeMarcus Lawrence signing, plus the still out there negotiations with players like Dak Prescott, Amari Cooper, Elliott and others. How those play out will really help define how successful this offseason ends up being, especially in the long-term view of the franchise.

As for the here and now, Dubin sums up the offseason player moves like this:

Overall, Dallas did a nice job replacing contributors they lost in free agency (Cole Beasley became Randall Cobb; Geoff Swaim became Jason Witten; David Irving became Christian Covington; Randy Gregory became Kerry Hyder) and then added more depth and explosion in the draft: Trysten Hill has a lot of talent and is a good fit for Rod Marinelli’s system, and if the Cowboys can work out whatever off-field issues he had with the UCF coaching staff, he should be good. Tony Pollard looks like the kind of gadget weapon Moore can have some fun with. Mike Jackson is basically a prototype Kris Richard corner. Third-rounder Connor McGovern should provide depth on the interior offensive line in Year 1 and start by Year 2. They added even more defensive line depth with Joe Jackson and Jalen Jelks.

In the end he gave the Cowboys a B+ grade, which seems reasonable. He notes some of the shortcomings for Dallas, mainly around the Cowboys not really upgrading the safety position. The Cowboys front-office’s love for the GOAT (Jeff Heath) is baffling to some and the signing of George Iloka really isn’t enough to inspire confidence in the position. There are also the contract negotiations still unfinished and how those play out will ultimately affect the grade for the Cowboys 2019 offseason.

Dubin jumps on the bandwagon of love for the Eagles offseason and hands them an A- grade, dining them for not signing a capable backup for Carson Wentz, who has had his troubles staying healthy. He also notes their cornerbacks are not top-notch and they didn’t do much to solve that. The Eagles did well in the trade market and they will also be rolling in compensatory picks next year.

Washington ended up with a B- grade, everyone kind of acknowledges that they had a very productive draft. They also landed Landon Collins. But the team lost some key players and they are lacking on offense even though their defensive front seven has the chance to be elite. Washington likely won’t be ready this year but they laid the ground work for the future.

And our friends from New York? At least they didn’t get an F as Dubin takes pity on them and hands them a D grade. His summation? They don’t have a coherent plan. Ha!