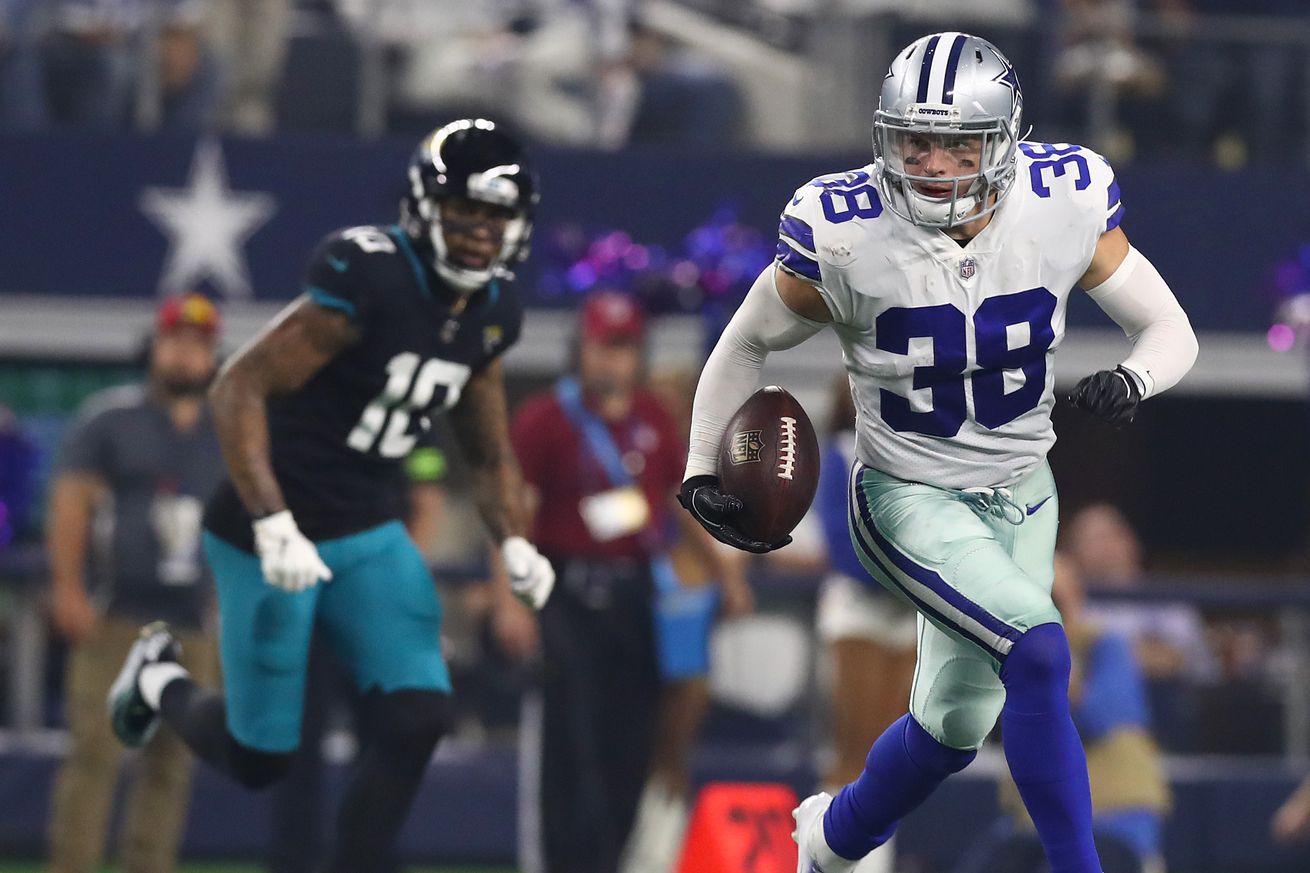 The news you need, all in one place.

A big storyline going into the offseason for the Cowboys was their need to upgrade the safety position, particularly with regards to Jeff Heath. Dallas flirted with big names like Earl Thomas and Eric Berry before signing George Iloka and drafting Donovan Wilson, but it seems like Heath still has a grasp on his job.

#CowboysNation can like it or not. But I’m told in OTAs, the starters are clearly Xavier and Heath. (Iloka is second-team to Heath, not rotating up.) First step to safety group being better is Woods/Heath being what coaches believe they can be. pic.twitter.com/6hGzZpjyzJ

Cole Beasley is no longer a member of the Dallas Cowboys but he keeps popping up in the timeline. This time, it’s not because of any slanted comments but instead Beasley, who is still recovering from a surgery he recently had, revealed that he was playing with a rare injury throughout the 2018 season.

As Beasley is now a member of the Bills his current health condition isn’t of supreme importance to us (from a football perspective, we obviously wish him the best health in life) but this issue could explain why he wasn’t more productive last season.

Cole Beasley was ultimately targeted 87 times last season with the Cowboys (65 receptions, 672 yards) and things got complicated when Amari Cooper got to town, but if he had been totally healthy maybe he would have performed better. It’s hard to know.

All that’s known now is that Beasley is making his way back from this injury and that he dealt with it while with the Cowboys. Hopefully nobody else has anything that takes “forever” to diagnose as that’s not a situation we want to find ourselves in.

One of the hopes that many people have for new offensive coordinator Kellen Moore is that he’ll be able to get the passing game going again, specifically on deep passes. Dak Prescott has notably been criticized for not throwing deep often enough, but the continuity with his receivers should help open things up some more.

Michael Gallup was targeted 18 times on deep passes last season, only catching six and dropping three. It’s safe to say most of the disconnect between him and Prescott had more to do with Gallup being a rookie than anything else. It also stands to reason with a season under his belt, and chemistry built with Dak, Gallup can be a much more consistent deep threat in 2019.

While Cooper is considerably more polished than Gallup, he was a midseason acquisition and timing and chemistry between the two was a work in progress throughout the season. With a full offseason together, it’s safe to assume that chemistry will take a huge step forward as well.

Not only is Kellen Moore being brought in to fix the Cowboys offense, but new quarterbacks coach Jon Kitna is trying to refine Dak Prescott’s mechanics and turn him into a superstar. Kitna has personal experience and a strong coaching acumen that should help him in this goal.

Jon Kitna as we all know was a long time back up quarterback and spot starter in the NFL for over a decade. He even spent time with the Dallas Cowboys, where he developed a relationship with Head Coach Jason Garrett. Now he’s back in a different role, one that could be detrimental to the Cowboys success this year, but even more so to Dak Prescott’s further development.

The majority of us know what Prescott needs to improve on. He needs to get through his progressions quicker, something Kitna is supposedly emphasizing and working on Dak. His mechanics from the ground up are another issue that needs some tweaking. These are small things that if improved on, should elevate Prescott’s game to the next level.

Dallas Cowboys: Why Michael Gallup will have a breakout year – Matt Holleran, The Landry Hat

During his rookie year, Michael Gallup seemingly got better each week as he built more chemistry with Dak Prescott. With the Cowboys trying to bring a big boost to their passing attack, Gallup could be an early contender to have a breakout year.

Gallup started off his rookie year very slow, catching just seven passes in his first six games. At this time the Cowboys offense, especially their passing game, was really struggling, and Gallup was unable to produce to the level the Cowboys needed him to. Once Dallas made the trade and acquired Cooper, Gallup’s production began to increase greatly.

From Week Eight to Week Thirteen the Colorado State product had multiple receptions in all but one game, totaling 17 catches in six games. In the final two weeks of the regular season, Gallup had six catches for 103 yards and scored one of his two touchdowns on the year. The most impressive thing about his rookie season may be the production he posted in the playoffs against the Los Angeles Rams. Gallup had his best game stat-wise of the season, recording six catches for 119 yards, leading all players in the game in receiving yards.

Film room: Why CB Jourdan Lewis will be a key reserve for the Cowboys in 2019 – John Owning, SportsDay Dallas

Jourdan Lewis is a bit of a fan favorite, which is why some were complaining that he didn’t get a lot of use in the 2018 season. While it seems that Lewis won’t be seeing a drastic change this year, John Owning points to the Saints game from last year to show that Lewis is still very valuable to this defense.

Lewis’ coverage of Kamara was very impressive, but what may have been more impressive was Lewis’ tackling ability when Kamara did get the ball in his hands. Despite the fact that Kamara possesses almost inhuman contact balance, tackle-breaking ability and a 20-pound weight advantage, Lewis showed no issue with bringing Kamara to the ground, allowing just 8 yards after the catch.

This kind of performance is exactly why Lewis will be a key reserve for the Cowboys in 2019. With a plethora of talented backs who excel as receivers out of the backfield on the schedule (including Kamara again in Week 4), Lewis can be used as a matchup weapon to render those running backs ineffective on key third downs and passing situations. It may not be that big of a role in terms of the volume of snaps, but its inherent value to the team cannot be overstated.

Speaking of Jourdan Lewis, Kris Richard remains adamant about his love for the diminutive cornerback and refuses to suggest that Lewis’ playing time is related to his height. The second-year defensive backs coach and defensive passing game coordinator doesn’t think that Lewis being 5’10” is a limit on his ability.

“He’s really not limited, by any means,” Richard said, emphatically. “I’ve really said it throughout my history here. You take a player like Jourdan Lewis, and he’s an exception. I’ll consistently say it, because he is.”

That belief doesn’t stop there. The head coach acknowledges their prototype for a Dallas defensive unit, and again reiterates that Lewis is in the thick of every competition, even if he doesn’t fit an established mode.

“We have a profile for every position physically on our team. We’ve always had that,” Jason Garrett said. “There’s heights and weights and arm lengths and hand size that we have for every spot on our team. But you also want to recognize good football players. When we drafted Jourdan, we knew he was right on that Mendoza line of being 5-10 and change, but we also knew that he was a really good football player.”