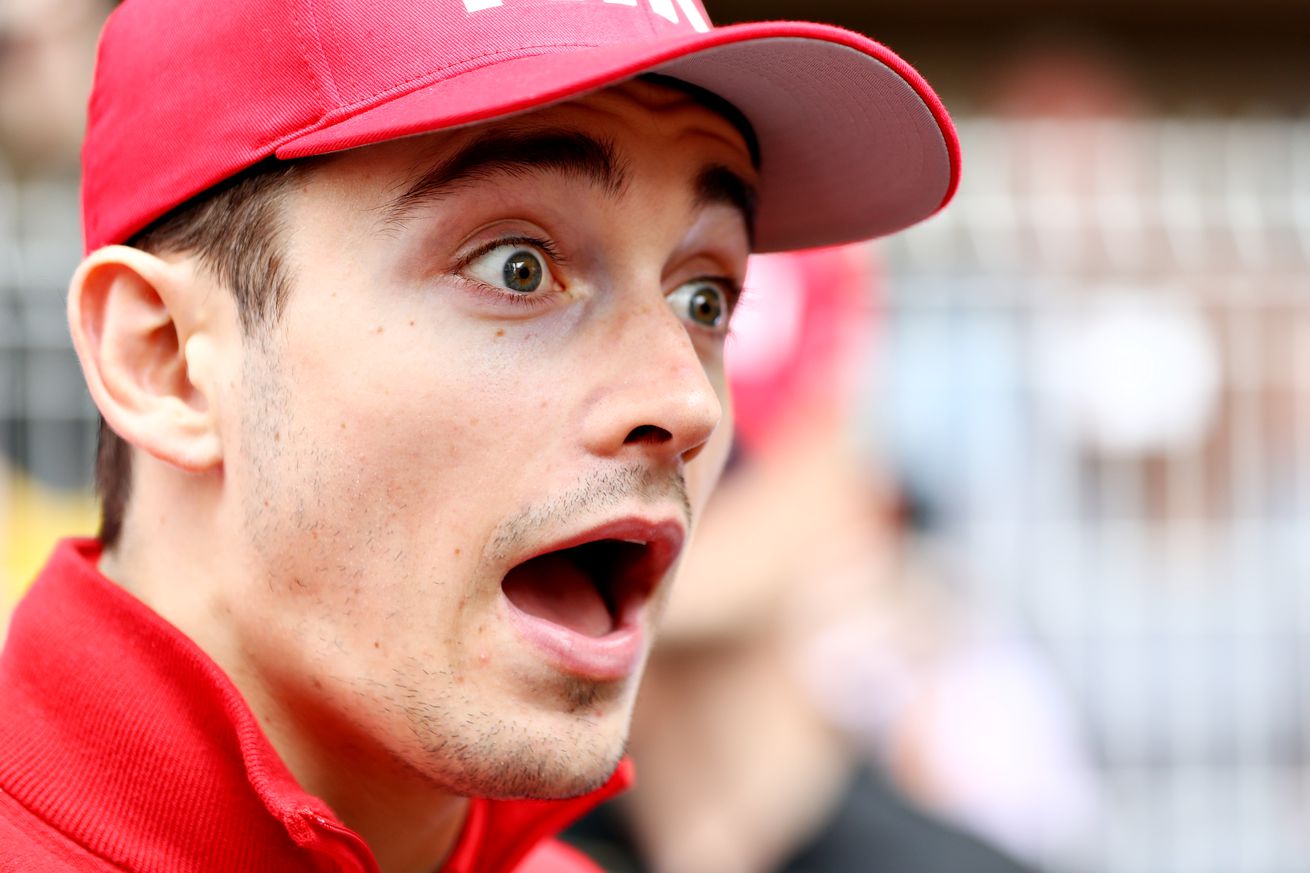 A passer rating of 100 or more remains an impressive milestone, even if it isn’t as rare as it used to be. We take a look at how the active NFL QBs measure up against this milestone.

When the NFL passer rating was initially developed in 1973, the objective was to create a single number that would differentiate between outstanding, excellent, average and poor performance. Below are the metrics the developers of the formula felt best denoted those performances at the time, and which they combined into the passer rating we know today.

The passer rating was implemented based on the league averages in the early 1970s. As the passing game improved, so have some of those metrics.

Similarly, in this pass-happy era of the NFL, a passer rating of 100.0 may not be considered “excellent” anymore, but it is still a pretty good performance any way you look at it. Last year, for example, NFL starting QBs combined for 210 games with a passer rating over 100 in 512 opportunities. In total, 40 QBs started at least one game in which they had a passer rating of 100+, and Patrick Mahomes led all QBs with 13 such games.

If we accept that a 100+ rating in a game is a “very good”, perhaps even an “excellent”, performance by the QB, it follows that a QB with a lot of 100+ rating games is a very good, probably even excellent quarterback. And indeed, if you look at the you look at the Pro-Football-Reference.com list of active QBs with the most 100+ rating games in their career, you’ll find the usual suspects at the top of the list: Tom Brady (127 games with a 100+ rating), Drew Brees (124), and Philip Rivers (95), along with Ben Roethlisberger (89) and Aaron Rodgers (87) lead all QBs in this category.

In fairness though, all five guys have been around the block a few times and are also among the top NFL QBs in number of games started with 235 (Brady), 232 (Brees), 183 (Roethlisberger), 176 (Rivers), and Rodgers (135) a little farther back, so it’s not a big surprise to see that these five also lead the league in 100+ rating games.

To account for that, we’ll look at these numbers a little differently. The following table is limited to the 33 NFL QBs currently under contract who’ve started at least 33 games in their career. It shows those QB’s total number of 100+ rating games, and more importantly, their “Good game percentage” (100+ rating games as a percentage of total games started). We’ll look at the QBs with 32 starts or less a little further down this post.

Follow this Pro-Football-Reference link if you want to play around with the base data. For example, you could include all QBs between 1998 and 2018, not just the currently active QBs; you could include playoff games if you want to; you could remove the filter for the minimum 10 pass attempts needed to qualify; you can do whatever you want, but for now you’re stuck with the parameters I defined.

If you sort the table by “Good Game Percentage” you’ll see that Aaron Rodgers throws more 100+ rating games than anybody else in the league, and he does it consistently. His rate of 56% leads all other QBs by quite a margin.

Second on this list, and probably a surprise for most people reading this table, is Dak Prescott. With a 51% good game percentage, Prescott has the second-highest percentage of 100+ rating games of all NFL QBs, ahead of Russell Wilson (50%), Tom Brady (48%) and Drew Brees (48%).

If you judge a QB by the company he keeps, Cowboys fans should be quite happy with Dak Prescott, as he is in pretty good company in this ranking. And he also compares favorably to Tony Romo, who managed 64 100+ games in his 125 career starts, a 51.2% rate.

The Z-score, the last column in the table above, shows a player’s ranking relative to the other QBs in the table. The average for the 30 QBs assembled in the table above is 35%, and a z-score of 1.0 means the player is one standard deviation better than the 30-QB average in the table. The six QBs at the top of this table (Rodgers, Prescott, Wilson, Brady, Brees, and even Kirk Cousins) are all at least one standard deviation better than their NFL peers – at least as measured by percentage of games with a 100+ passer rating.

In this context, both Prescott and Wilson deserve special mention. In their short careers, both have thrown for a 100+ rating in every second game, which ranks them at the very top of the league. Wilson did it on a team with a good defense but questionable offense, Prescott did it on a team many fans and observers call mediocre at best. Neither gets a lot of credit (some folks in Dallas think Prescott should be paid less than some of the below-average QBs on this list), and neither gets the type of recognition some players with a higher draft pedigree get.

Former top picks like Matthew Stafford (-0.1), Andrew Luck (-0.5) or Eli Manning (-0.7) are all below average passers by this measure. They may get a lot more headlines, and their draft pedigree means people are making a lot more excuses for their performance (“But look at his leadership qualities,” “but you’ve got to account for the quality of his teammates”, “but he wears that neckbeard so well”), but Prescott and Wilson consistently deliver better games as measured by passer rating.

“But wait,” some might say, “isn’t it unfair to compare a long career like Eli Manning’s to a shorter career in the now pass-happy NFL?”

Maybe, maybe not. Still, to ease your mind, here’s the same data as in the table above but limited to games played between 2016 -2018.

This is a better look for Drew Brees, who’s had a phenomenal three-year run. Matt Ryan also looks better and even Matthew Stafford makes it into the top eight. The remaining names in the top eight are familiar from the table before: Brady, Rodgers, Prescott, Wilson, and Rivers.

The average 100+ game ratio over the last three years is 40%, up from the 35% we saw in the previous table, but Eli Manning stoically keeps doing his thing with 28% in both tables.

“But wait,” some might say, “isn’t passer rating an outdated stat? Why are we looking at that at all?”

It is true that passer rating is an imperfect measure as an efficiency stat. But at least it is an efficiency stat and stands out like a beacon of hope in a world in which most people still think the right way to evaluate QBs is with volume stats like total passing yards or passing TDs.

“But dangnabbit,” some might say, “when are we finally going to talk about Patrick Mahomes?”

I didn’t include some of the younger QBs in the table above because I felt that the small sample size (less than 30 starts) could possibly distort the overall picture.

Still, to ease your mind, here are 10 mostly young QBs who’ve had less than 30 starts in their NFL careers so far.

This table looks like it offers a promising batch of young QBs. Patrick Mahomes set the league on fire with his play last year, as did Deshaun Watson to perhaps a little less fanfare in his first two seasons. For various reasons, Jimmy Garoppolo has started just 10 games in his 5-year career. He’s done well in most of them, but what can we really extrapolate from those games? The 49ers signed him to a five-year, $137 million contract after just seven career starts, so they must be pretty confident in their own powers of exrapolation.

The other players here have all had middling starts to their careers, though that could of course change as they add quality NFL starts. But some guys here are already behind the curve: Over their first 32 games, Aaron Rodgers (18 100+ passer rating games), Tony Romo (19) and Dak Prescott (16) had 100+ game percentages of 56%, 59%, and 50% respectively.

Ultimately, it’s not one player that wins and loses games. Dak Prescott has more than his fair share of detractors, but going by the company he keeps in the stats above, he is at the very top of the game.

Now if only the rest of the world would catch up.

The amount of Cowboys fans that aren’t sold on Dak and don’t want to give him the $ that Wentz just got is eye-opening.