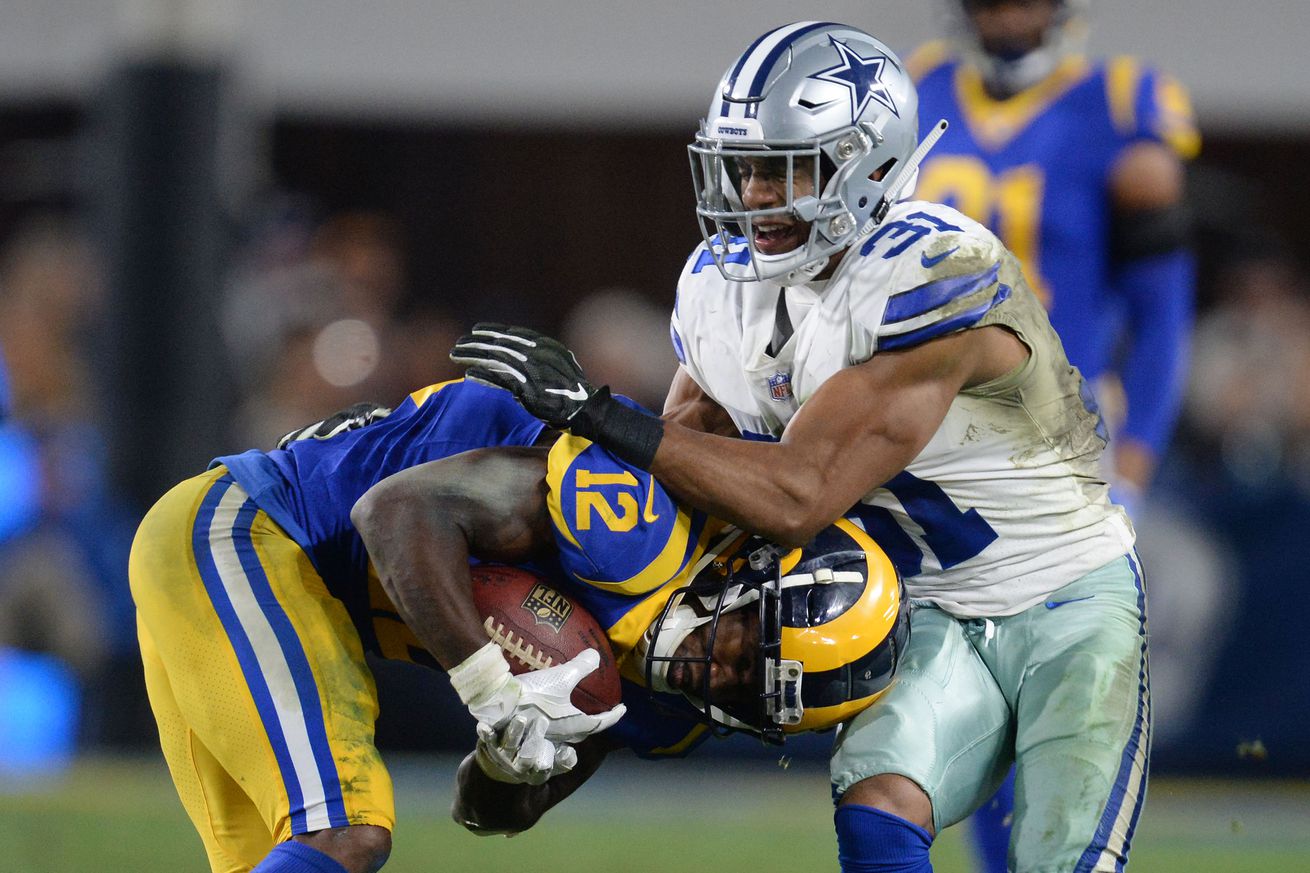 Cowboys star corner is on the mend after offseason surgery.

When talk turns to contract extensions for star players on the Dallas Cowboys, it’s usually concentrated on Dak Prescott, Amari Cooper and Ezekiel Elliott. The Cowboys have another player who starts at a very important position that is going to need some cash soon, too. Byron Jones turned in a fantastic year as a full-time corner in 2018, and will be playing his 2019 year on the fifth-year option from his first-round status as a draft pick in 2015.

For the Cowboys, they are getting a bit of a deal on the fifth-year option because for contractual purposes Jones is designated as a safety, the position he primarily played in the earlier years of his contract which is the determining factor. Jones is slotted to make just under $6.3 million. If all goes well in 2019 for Jones at corner, the Cowboys will likely have to pay a lot more than that to keep him from leaving in free agency.

Right now, though, Jones is recovering from surgery for an injured hip. It’s been speculated that the injury slowed him down toward the end of 2018 when his play went from phenomenal to adequate. After being a lock-down corner for most of the season he allowed some long passes and touchdowns at the end of the year that he was not giving up previously.

Jones had surgery in late March for his hip and the timeline for recovery was somewhere during training camp, raising the possibility he could start camp on the PUP list and maybe endanger the opening of the season for Jones. He doesn’t think that’s going to happen.

If it were up to Byron Jones, he’d be running and cutting right now.

“Overall, rehab is going well. Working on it every day. I’m starting to do lower-body lifts,” Jones said. “The frustrating part is I want to go, and I feel I can run. But I have to listen to the (athletic trainers), and so I’m taking my time, being patient and just doing what they’re telling me to do.”

That is certainly encouraging news from Jones. His rehab may be on an accelerated pace and the idea that he could ready for training camp is being floated.

Jones is working in uncharted territory for him.

“It’s weird because I’ve never gone into a football season without the whole preparatory phase – with the camps, the OTAs and stuff like that,” Jones said. “I’m missing most of that. That’s fine but it’s just one of those things that adds a new complexity to the chapter. It’s just another little piece of adversity that can make a pretty good story.”

Sounds like someone has been taking in the philosophy of Jason Garrett. Stack one good day on another.

If Jones recovers in time to start the season fully healthy and with plenty of preparation, that will be one big question mark answered for the Cowboys heading into 2019. If Jones plays 2019 like he did 2018, it will then be a question of just how much the Cowboys pay him.