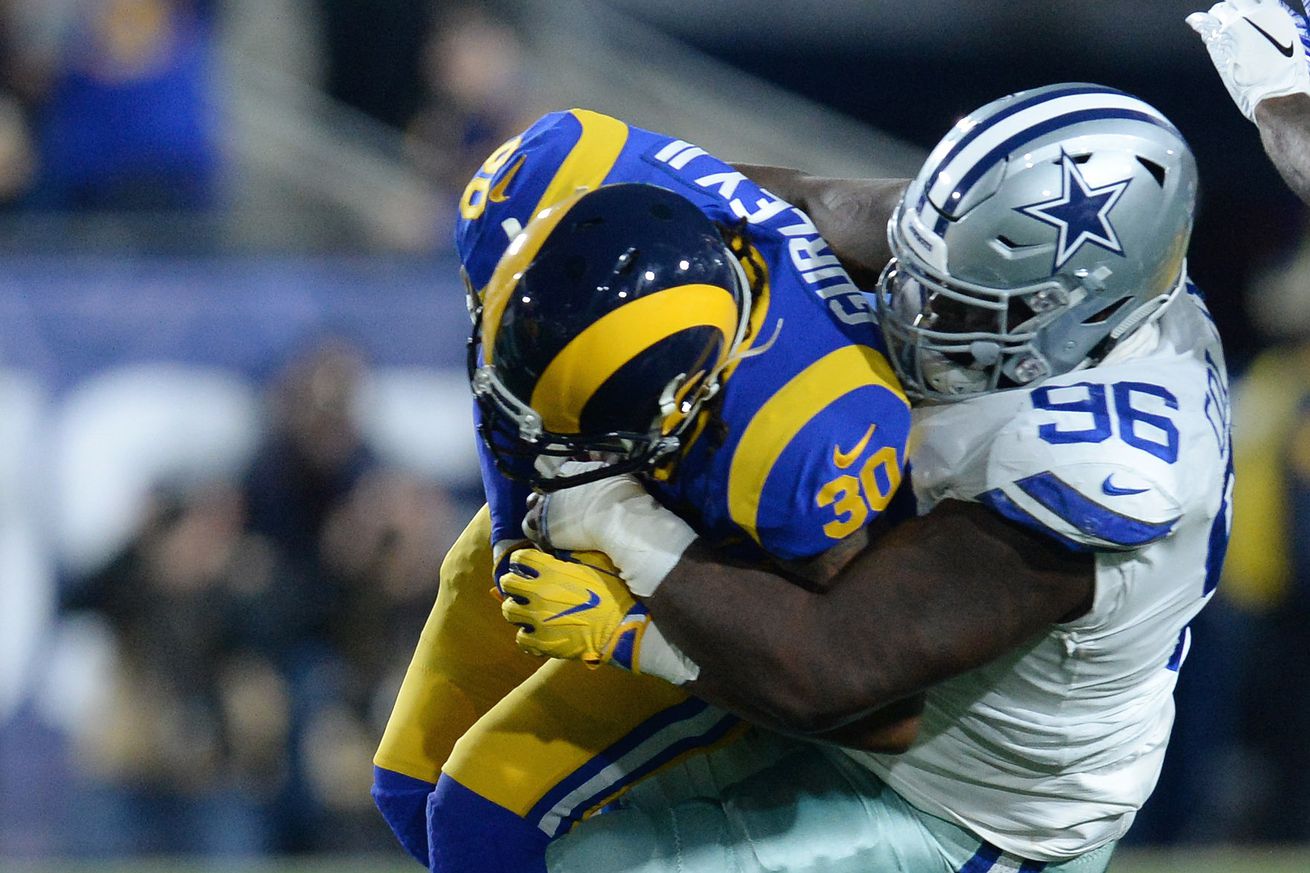 There’s been a ton of talk recently regarding the defensive tackle position in Dallas. After adding players via free agency such as Christian Covington and Kerry Hyder, drafting Trysten Hill with the 58th overall pick, plus adding defensive lineman Daniel Wise and Ricky Walker as undrafted-free agents, there are plenty of guys capable of playing the 3-technique in Dallas in 2019.

With all the fresh blood, it’s easy to forget about the Tyrone Crawford’s and Daniel Ross’ of the world, but the one guy people continue to sleep on is Maliek Collins. Our own DannyPhantom reminded us about Collins a few days ago.

Collins, a 2016 third-round pick, has exceeded many expectations since entering the league out of Nebraska. As a rookie, Collins posted five sacks, 13 QB hits, and 23 tackles playing mainly as the 3-technique in Rod Marinelli’s scheme. In 2017, Collins was asked to play a much different role, lining up as the team’s nose tackle, a position that didn’t really fit his body and playing style. Still, the former-Nebraska lineman held his own at the 1-technique and totaled two-and-a-half sacks, nine QB hits, and 22 tackles. In 2018, he was able to do a little of both, but unfortunately a knee injury limited to Maliek Collins to just 13 games (nine starts).

Even with the limited playing time, and moving back-and-forth between the one and the three, Collins was still able to be disruptive, and make some big-time plays, in some big-time games. For that reason, it seems strange that everyone is ready to move on from the 6’2”, 310-lb versatile defensive lineman. It seems as every week we hear something about the team possibly planning to move on from Maliek Collins, and with how the team talked and spent it’s resources in the draft, it’s hard not to by into that narrative, but why would they?

In 2019, Collins in slated to make just over $2-million dollars, and can play multiple positions along the defensive line for Marinelli. Along with his versatility and contract, Collins has still shown the ability to be disruptive from the interior. His biggest issue is staying healthy. While he’s only missed three games in his three-year career, Maliek Collins name showing up on the injury report as a DNP is something Cowboys fans are very familiar with. But even with his name being familiar on the injury report, Collins rarely misses games, which shows the toughness he plays with. While some in the the media and some fans seem to be down on Collins, he is continuing to put in a ton of work to prove his worth in a contract year.

With newer, younger, and cheaper talent being added to the roster this year heading into training camp, it seems if Maliek Collins has accepted the challenge and is ready for any and all competition to head his way. If he’s able to stay healthy, and can play the majority of the year at his natural 3-technique position, Collins may not only keep his starting job, but could force the Jones’ into opening up their checkbook after this season.