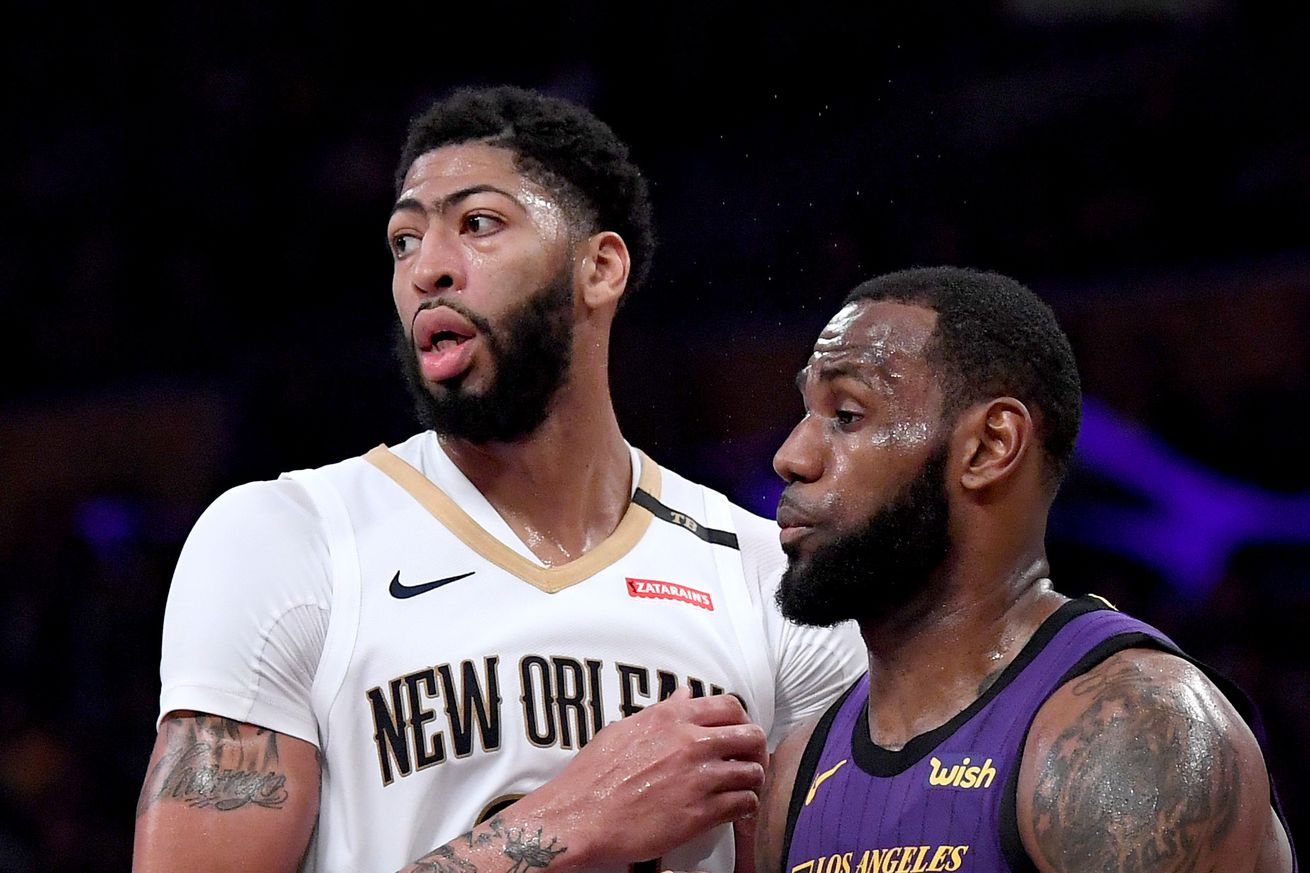 Slow and steady wins the race.

I don’t know if you heard or not, but on Saturday – the Los Angeles Lakers made a blockbuster trade with the New Orleans Pelicans that sent superstar Anthony Davis to the West Coast. The Lakers have been trying to land Davis for a while now, and they finally sweetened the pot enough for the Pelicans to agree. And boy what a pot that was. In return for Davis the Lakers sent three young players to New Orleans – Lonzo Ball, Brandon Ingram, and Josh Hart. Two of those players were selected no. 2 overall in recent drafts. The Lakers also gave the the Pelicans three first-round draft picks, including the no. 4 overall pick in next week’s NBA Draft.

Sure, pairing Davis with Lebron James makes for quite a combo, but the Lakers sold the farm to get him. It’s very reminiscence of the Herschel Walker trade back in 1990 that ultimately provided Jimmy Johnson with the draft resources to build the Cowboys dynasty. Even though the Cowboys ended up finishing 1-15 that season, Johnson knew the team was severely lacking in talent and that giving up their best player was the only solution. Of course, it wasn’t just the quantity of picks the Cowboys received, but rather what Johnson did with them. The team used those draft picks to select Hall of Fame running back Emmitt Smith, three-time All-Pro Darren Woodson, and key starters like defensive tackle Russell Maryland and cornerback Kevin Smith. It was a nice haul.

When you want something bad enough, you pay a hefty price. That’s what the Minnesota Vikings did to acquire Walker and that is what the Lakers did go get AD. Los Angeles had a nice group of young players to build around, but they also had a 34-year-old NBA legend on their team, whose window for success was dwindling. Love it, hate it, or indifferent – they made a move.

And for years, it’s that same haste that has gotten Jerry Jones in trouble. Success came too quickly for Jones as the Cowboys went from the worst team in the league to winning the first of back-to-back Super Bowls in just three years. Maybe Jones thought this football GM gig was a piece of cake because when ego’s started clashing in big D, Jimmy Johnson’s time in Dallas came to an end. Jerry would find that winning Super Bowls don’t come so easy over the next 25 years. Sure, he did win another Super Bowl with Barry Switzer, but that was with the team Jimmy built. Switzer faded fast and with it – the Cowboys dynasty.

Jones had a tough time accepting that his “team of the ‘90s” was slowly vanishing, so he made one last attempt at greatness. After Michael Irvin suffered a career-ending neck injury, Jones looked to replace his star receiver with the 29-year-old former first-round pick from the Seattle Seahawks, Joey Galloway. It cost Jones two first-round picks to acquire Galloway, but the veteran receiver never came close to living up to his price. Over his four-year tenure with the Cowboys, Galloway averaged just 38 catches and 585 yards.

And just like he did to attempt to salvage the talent of Troy Aikman, Jones made a similar trade to acquire Roy Williams so Tony Romo would had a nice arsenal of receiving weapons. The Cowboys gave up three draft picks, including a first- and third-rounder. Jones immediately locked him down with a five-year, $45 million extension. Williams lasted two-and-a-half seasons before being released.

The impulsiveness of Jones has hurt this franchise over the years. Yes, Jerry loves to take risks, and he knows you have to take chances in live if you’re ever going to amount to anything special. But fortunately, the old knee-jerk ways of Jerry appear to be fading. These days, he trusts the people around him. People like his son who is more cap savvy than his father, which has allowed the team to have a fighting chance year in and year out. People like his trusted head coach, who has the attention of his soldiers and has built a new culture in Dallas. And people like Will McClay, the de facto GM, who Jones has surrendered control to for the most part, even though it doesn’t come with the title.

The Cowboys are in a good place right now and Jones deserves a lot of credit for not acting in haste and making big moves for the sake of making moves. At 76-years-old, one might think his window is shrinking as well, but it hasn’t caused him to deviate from the process. The team is not without their struggles, but their mentality is just keep battling. In Jason Garrett’s senior photo, he uses the old Chinese proverb, “Fall down seven times, get up eight.”

That’s the epitome of this current Cowboys football team. They don’t panic. They don’t look for shortcuts. They just keep putting in the work to get better. And ultimately, when the long journey is over, we’re hopefully going to have a championship team we can all be proud of. A team where we’ve developed emotional connection to players we’ve watched developed into stars.

Some owners don’t have that kind of patience, and it wasn’t that long ago when Jerry himself fell into that category, but let’s be thankful that he now goes about it the right way.