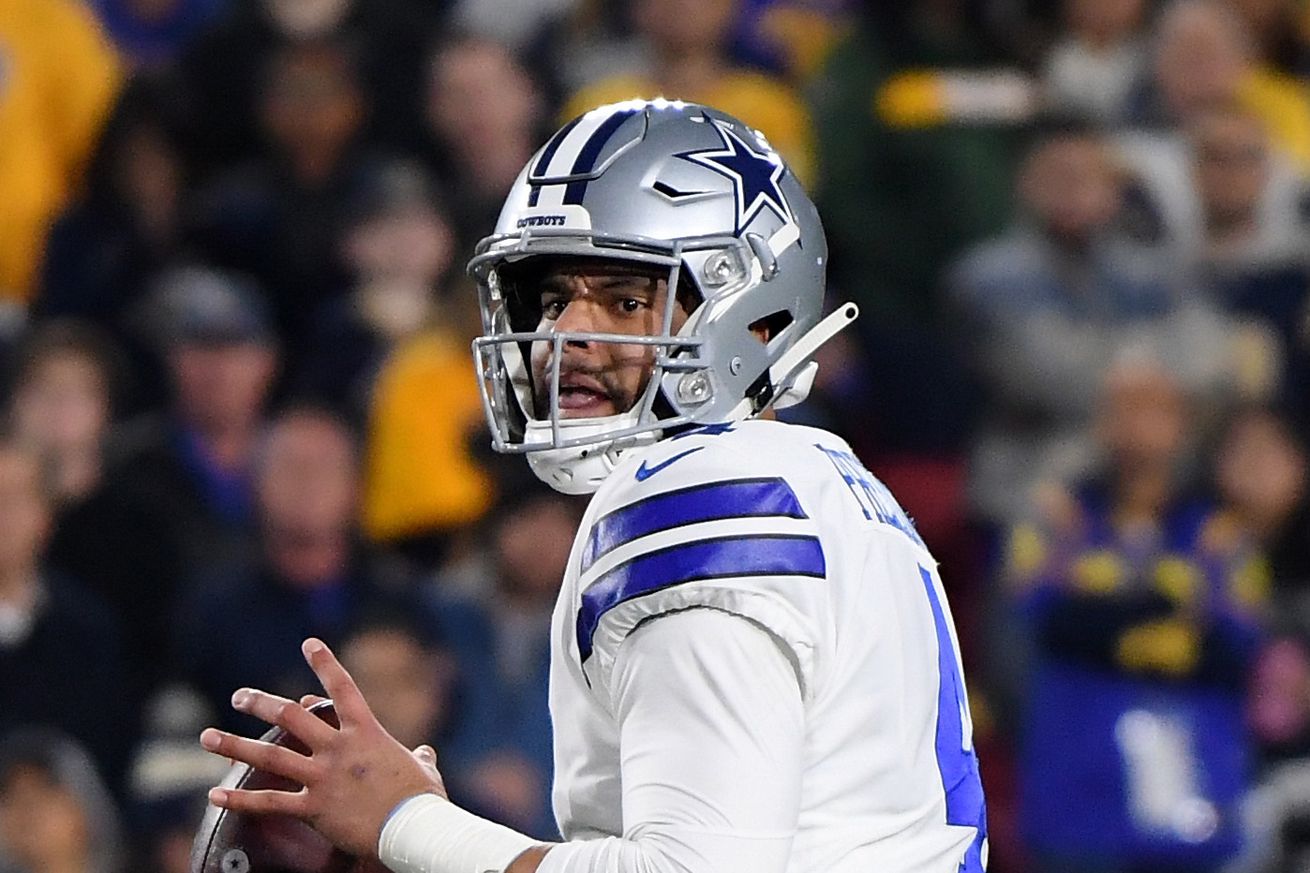 What are some hot topics now that the Cowboys are on a little break before training camp?

With OTA’s and minicamp in the books for the Dallas Cowboys, we now just have to sit back and wait until training camp officially arrives on July 25th. Despite limited action so far, there have been no shortage of stories heading into the 2019 season. Did the team do enough to improve this offseason? How are the new guys looking? While there will always be a lot to talk about, here are three burning questions Cowboys fans still have for the upcoming season.

1. Is too much being made about Kellen Moore or are you buying into the hype?

Nothing tempers excitement more than memories of a sputtering offense over the last season and a half. From 2013 to 2016, the Cowboys offense finished in the top five in points-scored three times, with the only exception being the 2015 season when Tony Romo went down. But over the last two seasons they’ve finished 14th and 22nd. That’s alarming. This team has the pieces in place to be better than that.

There were a lot of different factors for the Cowboys struggles, and the predictability of the offense was certainly one of them. The change from Scott Linehan to Kellen Moore definitely brings about a level of excitement, and there’s been plenty of praise sent his way. Of course, this will be a “wait and see” type of situation.

What is promising is the improvement of Dak Prescott. Last month we wrote about how fixing Dak is the most important factor in helping the Cowboys win the Super Bowl. It’s early, but things are looking good so far as he’s had a great offseason. And if you don’t put much value in OTA/minicamp performance, just keep in mind that Prescott hasn’t performed particularly well in previous editions, so it’s very possible something’s clicking now.

He’s been a meh practice player at best since he got to the league. If he’s making improvements to his game that show up there, I’m excited to see it on Sundays.

2. Do you think the defense will be better, worse, or the same?

The Cowboys defense was a surprise last season. They finished in the top seven in both points and yards allowed. You have to go all the way back to 2003 during Bill Parcells first year as head coach to see a Cowboys defense ranked that high, so it’s been a long time coming.

The Robert Quinn addition has people excited. Think of a more consistent version of Randy Gregory. Believe it or not, Gregory played well last year, and if you can get a steady flow of that type of production, it makes for a legitimate threat off the edge. And that’s what they hope they’ll have in Quinn.

Leighton Vander Esch and Jaylon Smith continue to get better with each new snap. These guys are 23 and 24 years old respectively and their careers are just taking off. As good as they were last season, they should be even better in 2019.

And even though there haven’t been any big changes to the secondary in the last couple years, this is a group that should continue to improve. Kris Richard has done an outstanding job and the collective effort of his defensive backs are more than capable of holding down the fort. Can they take the next step and be great? That remains to be seen, but this could be the year that Xavier Woods shows everyone why the Earl Thomas thing never materialized.

As a whole, they raised expectations quite a bit last year, but the defense should be even better this season.

3. What’s the most you’d be willing to pay for Dak Prescott and are you worried about it impacting the team’s ability to keep other important players on the team?

It’s odd that people have a Mendoza line as to what Prescott should be paid. My answer is to that question is – whatever it takes. Dak’s price is Dak’s price. The Cowboys don’t get to determine that. Obviously, the team won’t pay a ridiculous amount, but based on what the Prescott camp is asking, his price won’t be any greater than $34 million.

The going rate of a franchise quarterback is what it is and Prescott’s agent is going to get as much as he can for him. Sure, there will be plenty of negotiating with each side pleading their case, but in the end – the Cowboys will pay whatever it costs, withing reason, to make sure they are one of the teams in the league that has a quarterback than can help them win football games.

My guess as to what it will cost the team is $32.4 million annually. It’s more than Carson Wentz and it will make him the fourth-highest paid QB in the league behind three Super Bowl winners – Russell Wilson ($35 M), Ben Roethlisberger ($34 M), and Aaron Rodgers ($33.5 M). That’s fair to Dak, and that’s fair to the Cowboys.

As far as it keeping the Cowboys from signing other players, it’s not going to be as bad as some are making it out to be. Sure, any player chewing up $30+ million annually of cap space is going to be felt. Some will say that the team squandered Dak’s cheap years by not properly using their cap resources to build around him. What some forget about is that in each of Prescott’s first three seasons, the team has also been paying part of Tony Romo’s salary, totaling $40.4 million. This upcoming season is actually the first year Romo’s money is off the books so it’s not like the team had a lot of extra money lying around.

As long as the Cowboys continue to draft well and reinvest wisely, the team will be fine. It’s not about how much they spend, but rather what they’re getting in return. Avoiding miscues like overspending in free agency where middling players like Brandon Carr consume a lot of cap resources is extremely helpful. Replenishing talent with quality contributors on cheap rookie deals also helps. There is no reason to start believing the Cowboys won’t continue to do these things, and that will allow them to retain the talent they want to retain. They’re fine.