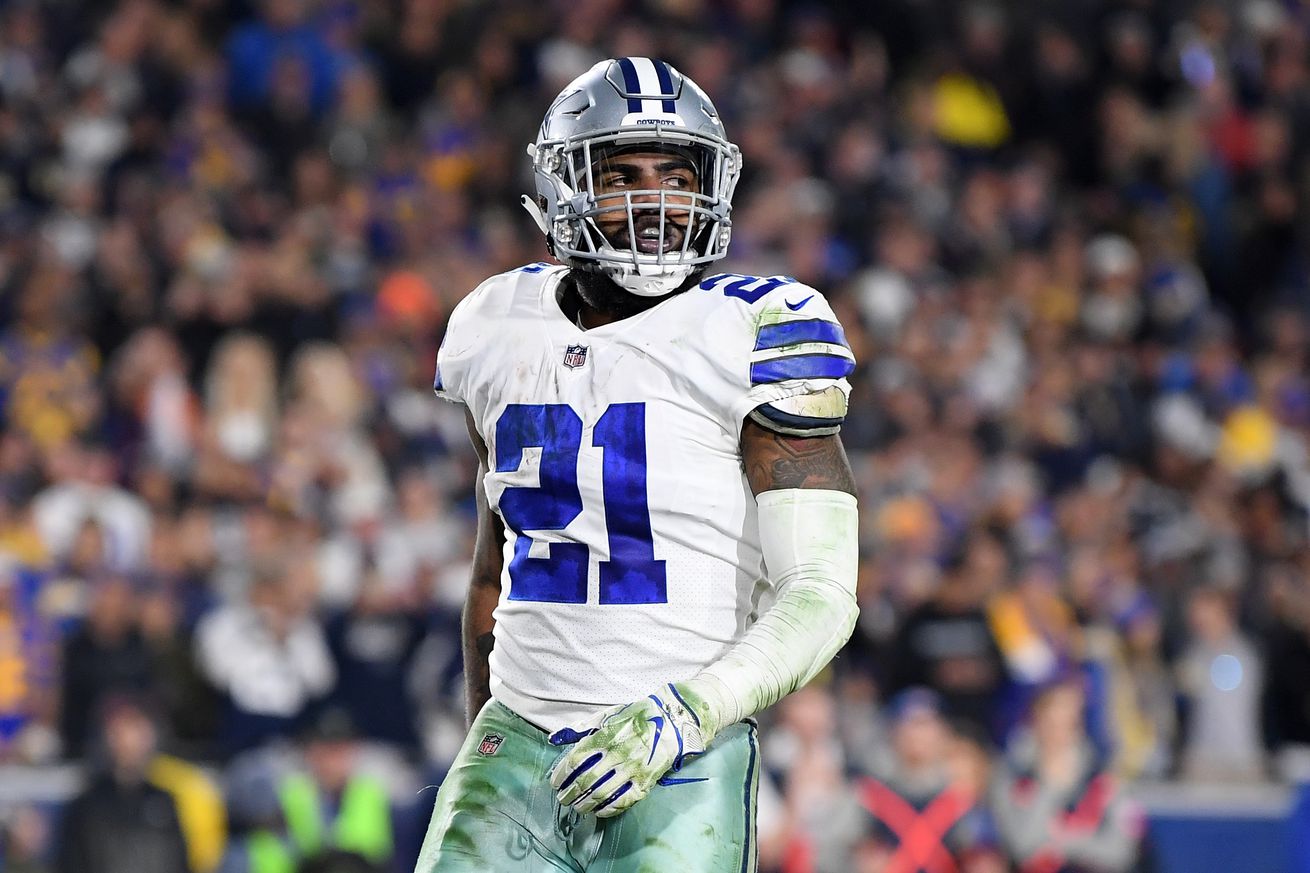 The Cowboys getting disrespected.

Ezekiel Elliott is perhaps the best running back in football. This is a common assumption.

Zeke has been in the NFL for three seasons now and has two rushing titles decorating his mantle. He may very well have a third if not for his much-debated suspension in 2017, but still, two out of three is very good. In fact, it’s elite.

To many, Elliott is the gold standard at the running back position. He excels in every way that a running back should, his lone weak spot is contributions via the passing game, and that’s more Scott Linehan’s fault than anything else.

A former NFL rushing champion took it upon himself to rank all of the runners entering the 2019 season. Maurice Jones-Drew does a lot of NFL media work these days. MJD has Ezekiel Elliott in the top five, duh, but outside of his top three. What? Seriously?

Let’s be fair to division rival Saquon Barkley. He had a phenomenal rookie season and did so on a team led by Eli Manning, that’s hard to do. He looks to have as bright a future as anyone at the position, but he’ll be plagued by what’s around him for the foreseeable future.

Say you wanted to rank Barkley ahead of Zeke, fine. A lot of Cowboys fans would probably debate you for a while, but at the very least this is a logical take. Elliott is at worst the second-best runner in the game and trailed only Barkley in terms of all-purpose yards last season. How did he end up fourth then? Here’s MJD’s explanation.

Entering Year 4, Zeke will do what he’s always done: eat, eat, and eat some more. The Cowboys’ offense runs through the two-time Pro Bowl selectee, who had a career- and league-high 381 touches in 2018. Elliott has been wildly productive, posting the fifth-highest average for rushing yards per game (101.2) by a player in his first three seasons in NFL history. He also became more of an asset in the pass game last season (career-high 77 catches) and should continue to improve this part of his game moving forward.

If Zeke, a two-time leading rusher who finished second in all-purpose yards last season, is going to theoretically be used more in the passing game and is already an elite runner, how is he behind at least two more running backs in Alvin Kamara and Le’Veon Bell?

Kamara has been great for the Saints since entering the league two years ago, but he has less all-purpose yards over that stretch than Zeke does (he does have more touchdowns though). It really is a matter of splitting hairs considering we’re talking about great running backs overall, but unless we’re talking about fantasy football there are likely not a lot of people choosing Kamara over elliott.

Finally, and let it be clear that he is still probably going to be an elite running back, how can Le’Veon Bell absent of last season be considered better than Elliott today? There’s surely an argument to be made that he’ll be more rested considering the time off that he had, and he has one of the most unique running styles in the game, but ranking him ahead of Zeke just doesn’t seem to pass the smell test.