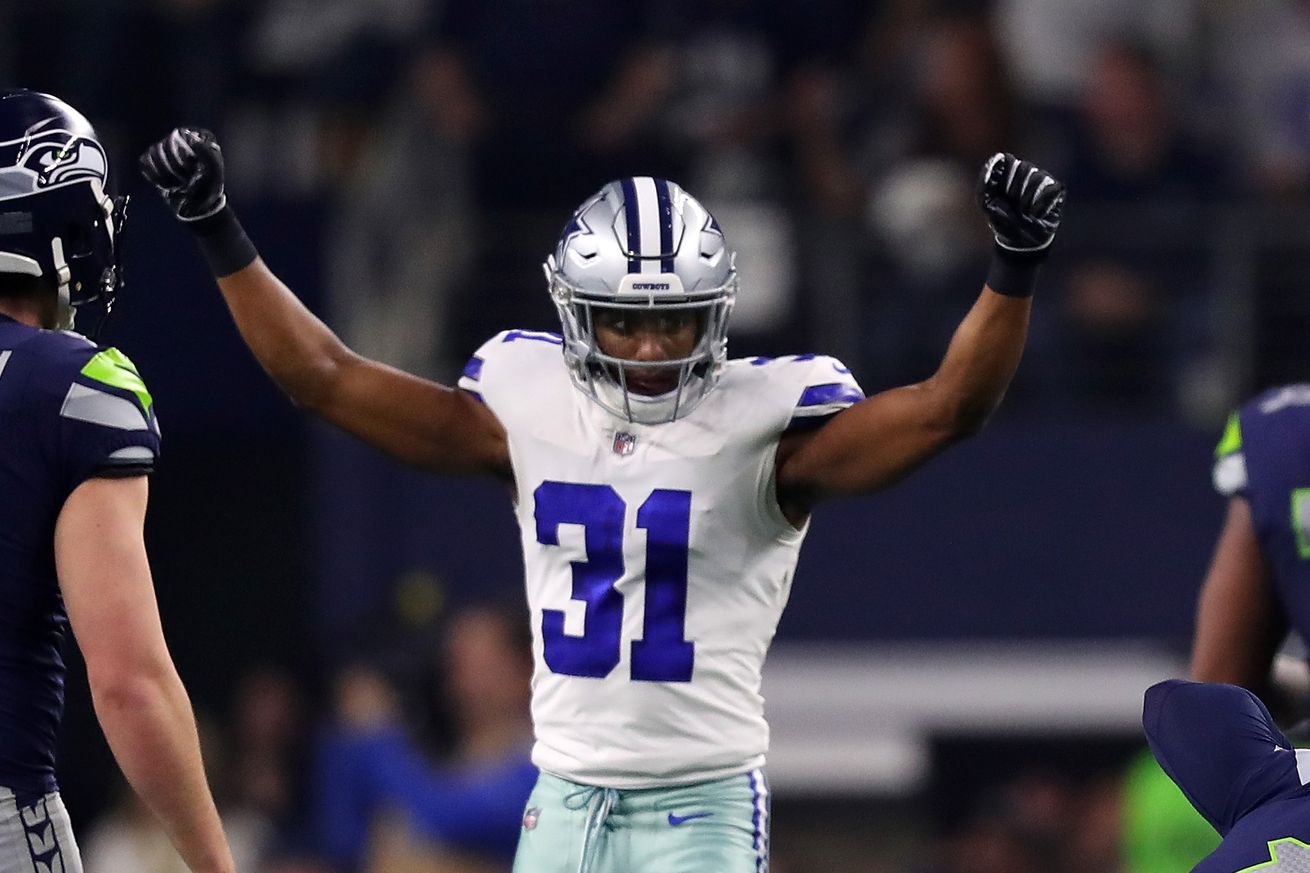 How strong is the Cowboys depth chart at cornerback?

The story for the secondary last season was Kris Richard and his imprint on the Cowboys defense. His first decision was putting Byron Jones at cornerback full time and it paid off with a Pro Bowl bid for Jones despite him having zero takeaways. Byron Jones was a perfect fit at corner with his abilities in man coverage and this move is likely to make him a very rich man soon. Jones enters the final year of his contract with the Cowboys but the front office has stated they would like to work out an extension soon.

Partly due to the success of Jones, Chidobe Awuzie found himself picked on a lot last season. Awuzie had plenty of pass breakups but he was often caught a little late getting his head turned toward the ball even though he had tight coverage, which became problematic with some of the better receivers in the league. Still, Awuzie showed growth in his second-year and with a little work to his mechanics, he could rebound nicely in 2019.

Anthony Brown got more opportunities in Richard’s defense in the slot and he held off Jourdan Lewis for the majority of the season. Brown has his limitations but he also has traits such as speed and ball skills that are hard to argue with. Brown has carved out a solid role as the Cowboys third cornerback. Jourdan Lewis didn’t get many opportunities last season but you can’t forget his game-sealing interception off Drew Brees. Lewis just doesn’t have the length that Kris Richard wants in a cornerback but he might have the best instincts of any cornerback on the roster. Treston Decoud and C.J. Goodwin are guys that could step in a various defensive back positions if called upon. They both also come with some value in special teams coverage.

The Cowboys did go cornerback shopping late in the draft with a prototypical lengthy fit in Michael Jackson from Miami. Jackson didn’t finish his Hurricane career like he may have wanted but he checks every box that Kris Richard has in terms of traits and man-coverage ability. Jackson couldn’t be paired with a better coach than Richard to develop his potential. Speaking of prototypes for Kris Richard, the same could be said for both Donovan Olumba and Chris Westry. Just like Jackson, they are long press-man corners that play with physicality out on the perimeters. Olumba made the practice squad for the Cowboys last season after a decent preseason performance.

Conclusion: The Cowboys didn’t necessarily improve their position at cornerback for 2019 but it’s not any worse than they were. This cornerback group got much better in Richard’s first year but it still lacks playmaking ability when it comes to takeaways. That’s where the Cowboys really need to show improvement because they seem to have the guys that can cover. It might be worth seeing if Jourdan Lewis can add more sizzle with an increased role. The Cowboys corners needs to take the next step and maybe the work put in on the front seven will allow them to be more aggressive in coverage. Until the Cowboys find a corner that can take the ball away, they’re solid but not elite by any means.