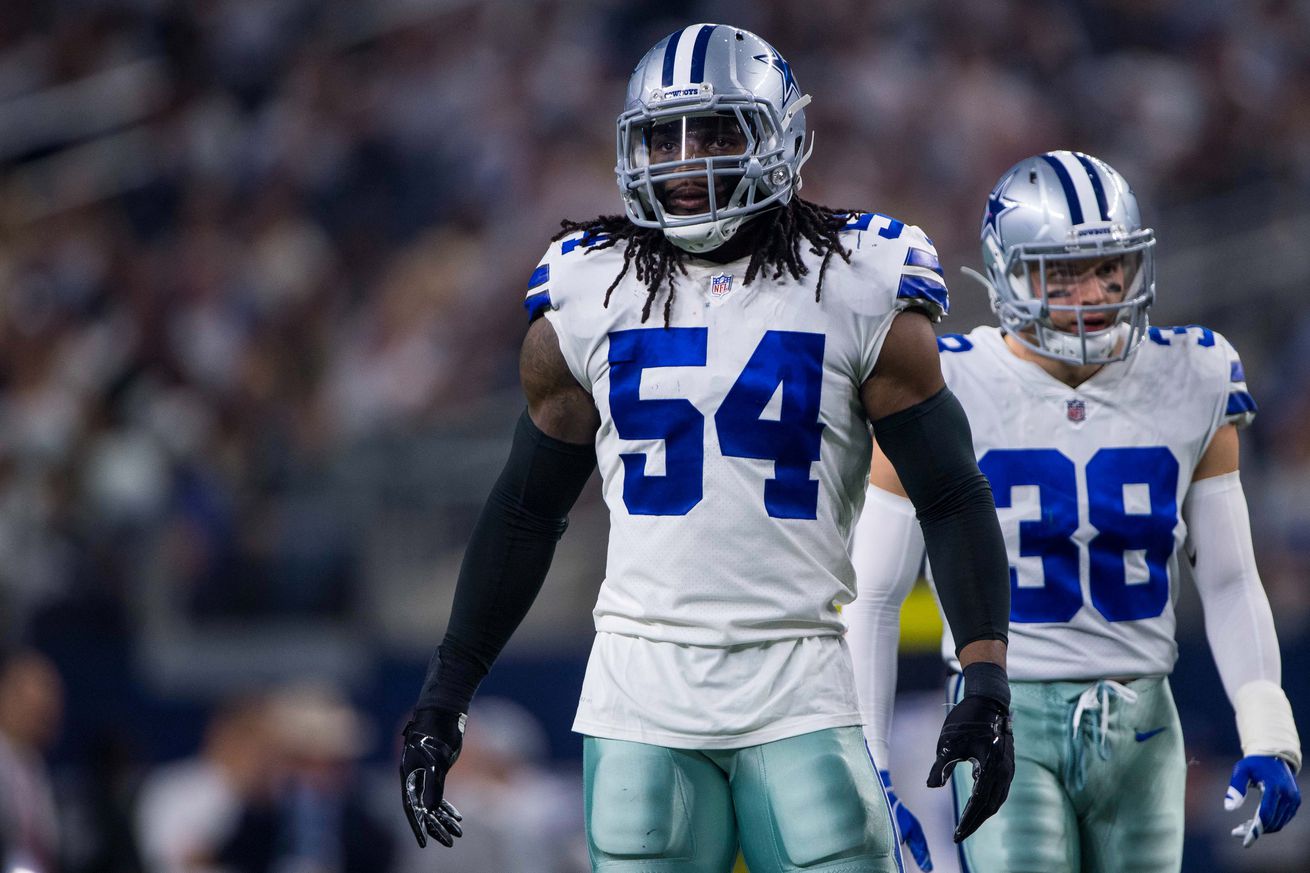 A few obvious candidates and some dark horses from the Cowboys roster.

Last year, the Cowboys had two players make the Pro Bowl for the first time in their career. They were Byron Jones, which served as the cherry on top of moving him to cornerback full time, and rookie linebacker Leighton Vander Esch, giving one final bit of validation to a draft pick that was once criticized.

But who’s next? Going into the 2019 season, Dallas has 13 of their projected starters that have made the Pro Bowl at least once, which speaks to how well-rounded this team is. But there still some players who could be the next Cowboy to finally join the Pro Bowl ranks. Here are six candidates for doing just that

This is the most obvious one, so I’ll just get it out of the way first. Frankly, it’s surprising Smith didn’t make the team last year, as he was arguably better than Vander Esch. He had 121 tackles, six tackles for loss, two forced fumbles and two fumble recoveries (one of which was returned for a touchdown), and unlike his wolf-hunting counterpart, Smith made an impact in the pass rush as well, being used in blitz packages frequently and getting home with four sacks, fourth most on the team. It was enough for Pro Football Focus to name Smith their Breakout Player of the Year.

Now, with the Cowboys beefing up their defensive line in the offseason, most notably with the acquisitions of Trysten Hill and Robert Quinn, there should be even more open lanes for Smith to either run through to the ball-carrier or get after the quarterback. Beyond that, Smith should be gaining more confidence in his body one more year removed from his once-devastating injury in his senior year of college. If Smith can replicate his 2018 season or improve upon it, he should be looking at a Pro Bowl nod.

The good news is that the Cowboys offense already has a lot of Pro Bowlers, which limits the amount of potential first time Pro Bowlers on that side of the ball. Michael Gallup could very well be in line for such a distinction, though. The rookie receiver came on strong at the end of the 2018 season. Between the final two games of the regular season and the two playoff games, Gallup caught 14 passes for 240 yards and two touchdowns. Extrapolated over a full 16 game season, that would equal 56 catches for 960 yards and eight touchdowns, terrific numbers for a number two receiver.

Factor in that new offensive coordinator Kellen Moore has been preparing for a lot more deep shots, which Gallup specializes in, and we could very well be on the verge of a 1,000+ yard season from the second-year receiver. If he’s able to successfully become a deep threat in this offense, Gallup would firmly put himself in the Pro Bowl conversation.

Last year it was Byron Jones who got his first Pro Bowl courtesy of Kris Richard’s tutelage. This year, it could be Chidobe Awuzie. The former Colorado Buffalo suffered early on in 2018, as Jones’ dominance meant opposing quarterbacks threw everything at Awuzie. The sheer volume of passes got to him; just remember the Detroit game, where Awuzie seemingly had perfect coverage on every play but still got burned by the Lions’ receivers.

But Awuzie stiffened up as the season went on and became more reliable in coverage. He notched one interception for the second straight year and led all cornerbacks in tackles with 71. Additionally, Awuzie was second in pass breakups behind Jones and had three more breakups than Jones over the final six games of the regular season. Awuzie should flash a lot of growth in 2019 with a year of experience in Richard’s style of play and with the confidence he’s carrying over from his hot finish to 2018. And since he’ll likely still be seeing a heavy dose of targets, he should be able to snag some more takeaways.

The punter position may not be a sexy position to talk about, but they still make the Pro Bowl. And to that end, it’s a crime that Chris Jones has yet to make the Pro Bowl. Jones has been one of the more valuable punters in the league for a few years now, and his big hit ability in punt coverage (THE PUNTISHER!) and speed on fake punts makes him more than just a guy who can boot it.

During the 2017 season, Jones downed a whopping 51% of his punts inside the 20 yard line. That was the second most in the league that year and four more than Rams punter Johnny Hekker, who made the NFC’s Pro Bowl squad over Jones. Now, Jones had a down year in 2018 in many ways, but if he can regain his form then Jones might finally be able to make the Pro Bowl.

Xavier Woods is only entering his third season but has already been steadily improving as a player. After playing most of his snaps out of position at cornerback in his rookie year, Woods impressed a lot of people with his coverage skills. Then Woods assumed the starting safety role in 2018 and locked it down, proving especially effective in the red zone. Woods also tied for the team lead in interceptions with two and had the third most pass breakups behind Jones and Awuzie.

Much like Awuzie, Woods now has a year of experience in Richard’s system, and beyond that he’s extremely motivated by the perceived Cowboys’ disrespect of him in their pursuit of Earl Thomas. Woods has the potential to become a ball-hawk – he had 14 interceptions over three years in college – and things could be lining up in a perfect storm for him to reach said potential this year. If that happens, a Pro Bowl nod should be a foregone conclusion.

Here’s perhaps the biggest dark horse candidate: rookie running back Tony Pollard. This admittedly depends a lot on Kellen Moore living up to all the hype, but it might not be so crazy after all. Pollard probably won’t average more than eight carries a game (and even that’s an optimistic guess) but he should see some utilization in the passing game as well, which would potentially boost his overall usage.

But more than that, Pollard has great potential as a kick returner. He was one of the more electric returners in college and even tied the FBS record for most career kickoff returns for touchdowns with seven. And the Pro Bowl needs return specialists, so if Pollard is able to make an impact there, he could soon be lined up to play the week before the Super Bowl. Unless, of course, everything goes according to plan and the Cowboys find themselves playing in the Super Bowl.