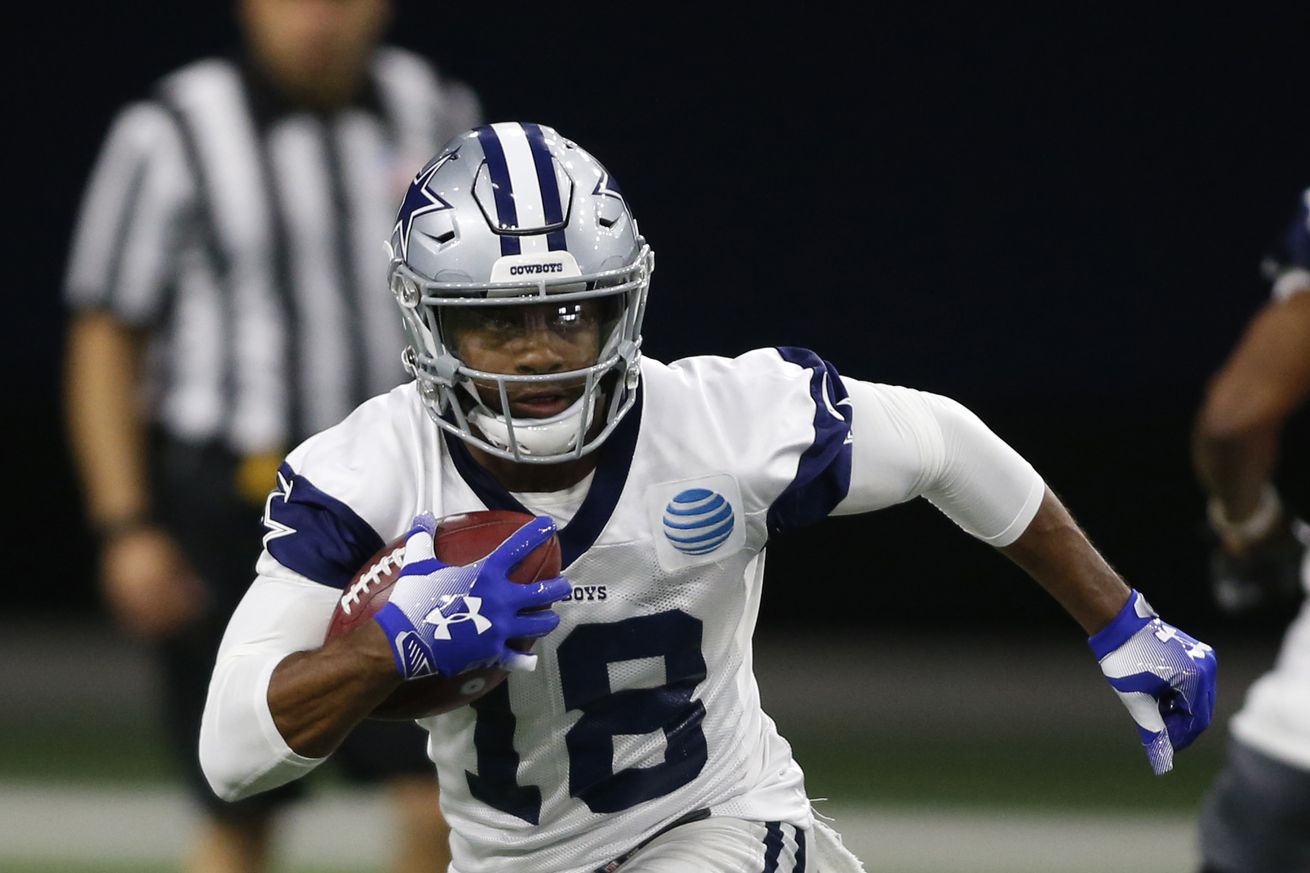 There’s nothing better when a player significantly outplays what they are being paid.

In recent years, the Cowboys have seen homegrown players and veteran free agent signings outplay their contracts on the field. Jeremy Mincey in 2014, Terrell McClain in 2016, and Dak Prescott throughout his entire career are three recent examples of players who played much better than their average annual salary would suggest.

The Cowboys have a handful of candidates who could outplay their contracts in 2019, but today we’ll look at the top three likely to do so.

This is by far the easiest of the three choices. Cobb signed a one-year, $5 million contract with the Dallas Cowboys in free agency before the draft to be the teams starting slot receiver. Cobb, now 28, is coming off an injury-filled season where he posted his career low in receiving yards, receptions, and touchdowns, but don’t let that fool you, Cobb can still play. When healthy, Cobb showed the ability to separate, create after the catch, and come up clutch late in games. If healthy, Randall Cobb should have no issues making the Cowboys’ front office look like geniuses for adding him this offseason to take over for Cole Beasley.

In a crowded defensive line room, Kerry Hyder has a long road ahead of him to even make the 53-man roster, but if he does, look out. Hyder, a versatile defensive lineman, will likely see reps at both defensive end and under-tackle in Rod Marinelli’s defense. Hyder signed a one-year, $1 million contract with the Dallas Cowboys in the early stages of free agency. Similar to Randall Cobb, the Cowboys’ front office is banking on Hyder staying healthy and producing similar to how he did in 2016, when he posted eight sacks. The early sights and sounds from training camp practices show that Hyder is already getting comfortable and making some noise.

Bryan Broaddus’ Take: When first signed by the front office, I didn’t give Kerry Hyder much of a thought. He did have some success with the Detroit Lions early in his career then a scheme switch asked him to play a position that didn’t fit his skill set. I was expecting Hyder to line up as an under tackle or three technique but that hasn’t been the case at all. Hyder has primarily been lining up at end and has been disruptive in the way he has gone about his job. He’s been a problem for both the starters and backups to block. Depending on how things shake out at defensive end, he could find himself in the mix with his veteran savvy and pass rushing techniques.

Finally, we have a guy making the list that is still on his rookie deal. Dorance Armstrong had a relatively quiet rookie season only posting half a sack in 15 games after being drafted in the fourth round of the 2018 NFL draft. Entering year two, Armstrong has higher expectations, and bigger goals in store. In a defensive end room consisting of DeMarcus Lawrence, Robert Quinn, Taco Charlton, Tyrone Crawford, Kerry Hyder, Joe Jackson, and possibly Randy Gregory, Armstrong will have to show up in training camp to make the field and, possibly even the roster. Even with all the competition, Armstrong showed flashes at the end of the season to suggest that he could be in for a big leap in 2019. With a cap hit of just over $700,000, if Armstrong pushes Taco Charlton for snaps it wouldn’t shock me to see Armstrong post four or five sacks as a rotational pass rusher.

There are many other candidates that could potential outplay their contract in 2019, what would your top three be?