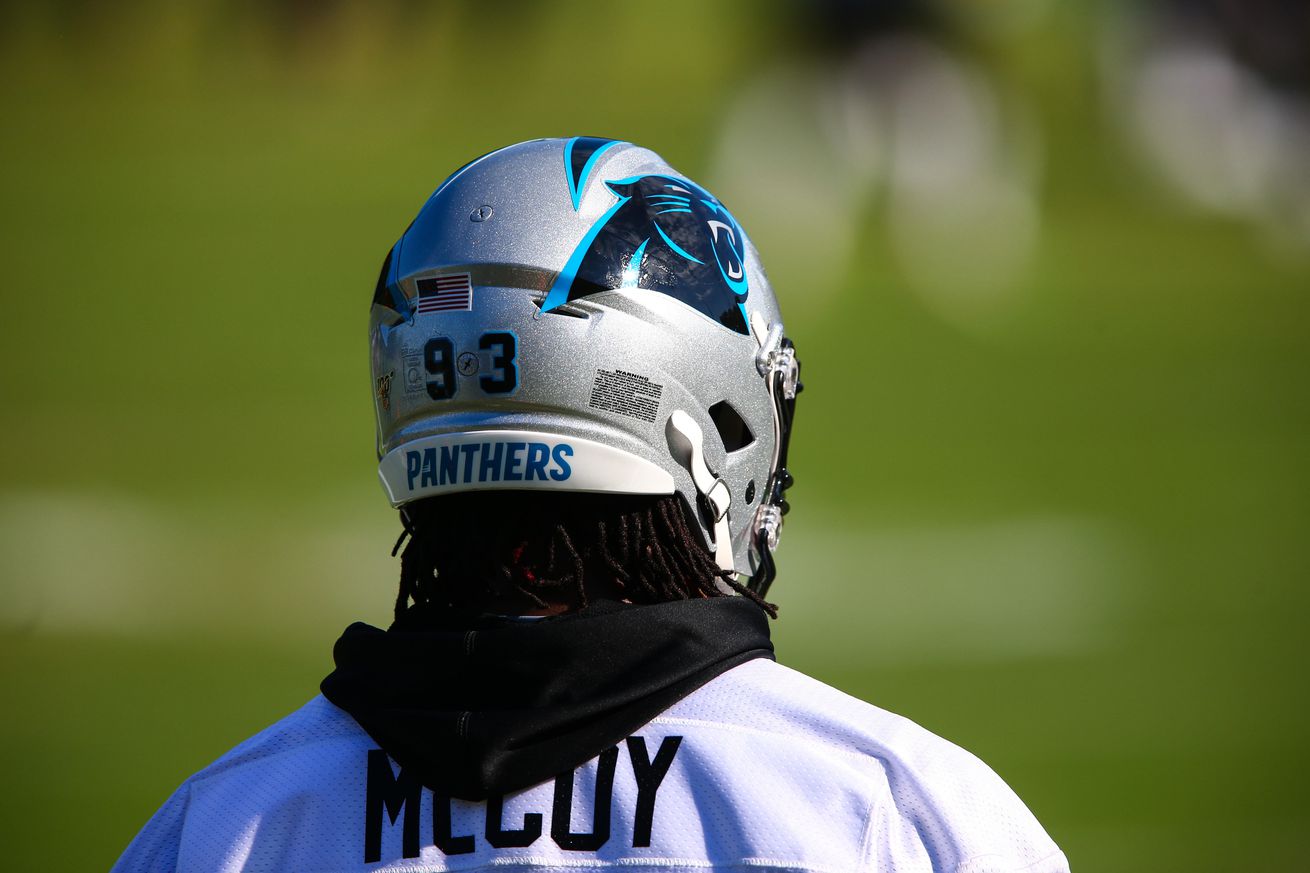 If civilization as we know it were to be completely wiped away in a second a la Thanos’ snap, at the end of it all people would still be debating the merits of Dak Prescott.

The quarterback of the Dallas Cowboys is at the center of most arguments these days, it’s just a matter of picking your poison. You can argue the fact that Dak Prescott is a legitimate quarterback in the NFL, he is. You can argue with fellow Cowboys fans that he’s a worthy signal-caller of being paid, he is. Or you can venture out into the wild and argue with Philadelphia Eagles fans as to whether or not Prescott is better than Carson Wentz, he is.

New Carolina Panthers defensive tackle Gerald McCoy didn’t exactly go out into the wild, but he did appear on FS1’s Undisputed this week. When asked who the better team in the NFC East was, Dallas or Philadelphia, he went with the Eagles. He cited DeSean Jackson as the thing that put the Super Bowl LII Champions over the edge.

Skip: Better team next year — the Dallas Cowboys or the Philadelphia Eagles?@Geraldini93: I’m going to have to go with Philly.

Skip: So are you suggesting that Carson Wentz is better than Dak Prescott?@Geraldini93: Yes. pic.twitter.com/hb2Fma67ob

McCoy was pressed on his answer and to his credit did acknowledge that the Cowboys have an elite defense. When asked straight up whether he believed Carson Wentz was superior to Dak Prescott he responded with a firm “yes.”

Never mind the fact that McCoy was dropping emojis on Dak Prescott’s Instagram four months ago, he had the prototypical response that you see from Eagles fans on Twitter when asked why he chose the quarterback that he did… that Carson Wentz would have won MVP had he not gotten hurt in 2017.

Nobody denies that Wentz had a phenomenal season two years ago (what part of it he did play) and was a huge reason why the Eagles were set up to have the success that they ultimately did. But hanging your hat on something like this, so proudly at that, is a weird way to roll especially when you’re Gerald McCoy and have been beaten by Dak Prescott twice (both times in seasons that Prescott’s team won the NFC East, mind you).

Plus, we’d be remiss not to drop this in, a graphic were the mystery “Player B” is Carson Wentz.

As McCoy is now a member of the Carolina Panthers he won’t play either Prescott or Wentz in 2019, but he does have the opportunity to say things like this. He’s lumped himself in with Eagles fans, and that’s quite the place to be.