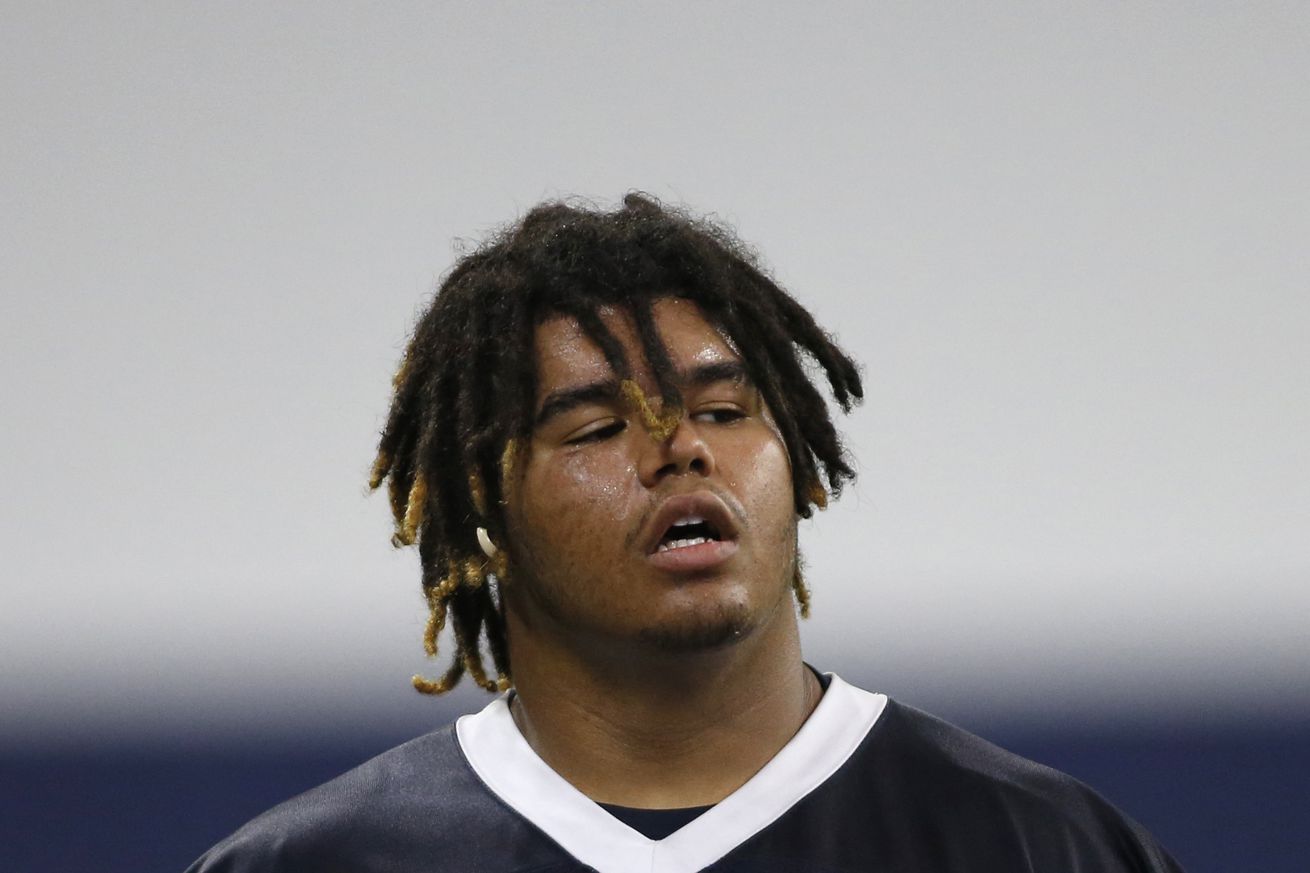 Cowboys leaving little doubt about the type of player they want Trysten Hill to become.

When the Dallas Cowboy bypassed a handful of quality safeties in the 2019 draft to get defensive tackle Trysten Hill, they showed their hand. They think Hill has star qualities. Even secondary coach Kris Richard was reportedly on board skipping the safety spot for Hill because the coaching staff believed that a fierce pass rush might be the best thing to help a secondary that struggles to get turnovers.

Hill had some red flags in college where he was clearly their best defensive player on his team yet didn’t start under the new regime of coaches in his final year. Whatever happened there, Rod Marinelli got to know Hill in the draft process and raved about the player he could be and had no concerns about his past. While it’s generally assumed Hill will be playing the 3-tech position, Marinelli says there’s an even more specific definition of Hill. Under tackle.

“There are a lot of three-techniques, not a lot of under tackles,” Marinelli said on Saturday.

“It’s that motor and speed … a guy that can take over a game with his presence,” he said.

In the draft the Cowboys thought there were plenty of guys who could play the 3-tech but only three of them who truly fit Marinelli’s definition of an under tackle, a 3-tech with a little extra. Hill was one of them and a player they desperately wanted.

“There’s a certain motor you’re looking for on tape, the guys that really play hard,” he said. “You can’t duck here, you can’t hide. If you’re not hustling, there’s a big light on you. So we’ve got to have guys that can’t live without it.”

While Marinelli believes Hill has the traits to be an under tackle, he knows that he has to prove it on the field. To that end, the Cowboys have Hill watching film of some of the all-time greats at his position.

In Tampa Bay, Marinelli had Hall of Famer Warren Sapp playing the under tackle position. He had Henry Melton and Tommy Harris in Chicago. The Cowboys haven’t had a Pro Bowler at the position since Marinelli became defensive coordinator in 2014. (Defensive tackle Jason Hatcher made the Pro Bowl in 2013 when Marinelli was the Cowboys defensive line coach. Hatcher left for Washington in the spring of 2014.)

Marinelli has had Hill watch tape of Sapp, Melton, Harris and Hall of Famer John Randle.

For Marinelli, the film is an example for Hill to see how the position is played when it is played right.

“What does it look like? That’s what it looks like,” Marinelli said. “You present it to them with the end in mind. That’s the end right there. Here we are starting here. Now, how do you progress to that? But you have a clear visual picture of what it looks like.”

The Cowboys believe that Hill has star potential at the position. His physical traits are exactly what Marinelli is looking for in his next great under tackle. Now Hill just has to translate that to the field.