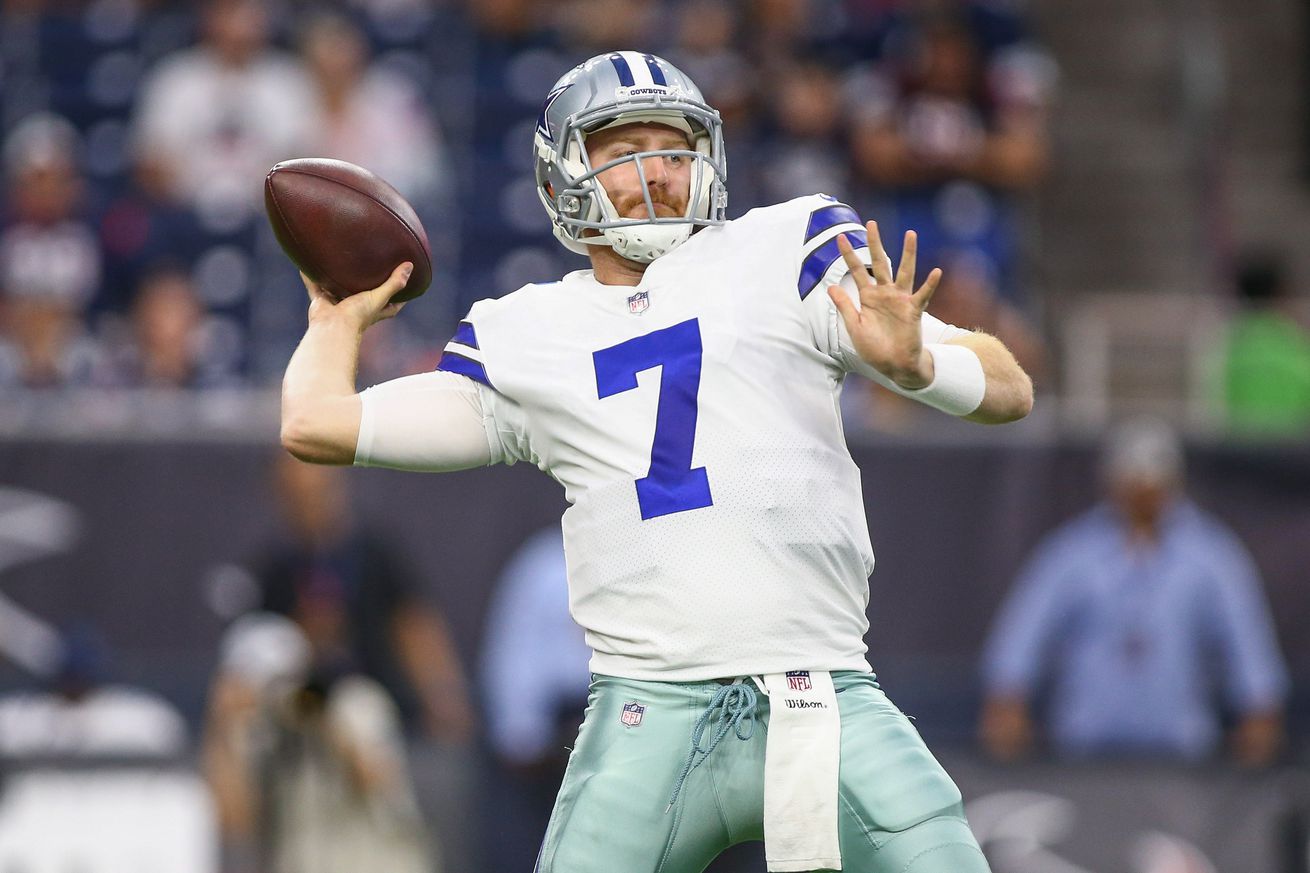 Is it time for the Cowboys to make a move in the backup QB department?

We know that Dak Prescott is the quarterback in Dallas for 2019, no matter where you stand on signing him to an expensive, long-term contract. In general, if a starting quarterback goes down with injury, the chances of an NFL team go down with him. See the Cowboys in 2015. But, the recent success of Nick Foles in Philadelphia, along with a handful of other backup quarterbacks in NFL history, shows that it doesn’t have to be that way. The backup can actually keep the team afloat, and in Foles case get them a Super Bowl trophy.

Given that, where do the Cowboys stand with their backups? Well, they don’t exactly inspire confidence. Bleacher Report recently ranked every team’s backup quarterback situation, and while the Cowboys didn’t come in dead last, they did the next best worst thing. They ranked 31st out of 32 teams. Only the Jacksonville Jaguars were worse, as they have no experience behind… you guessed it, Nick Foles.

The Cowboys are not much better in the experience department. There is 2017 undrafted free agent Cooper Rush and 2018 fifth-round pick Mike White. Of course, they could always add somebody.

Besides the Bleacher Report rankings, recent comments by Bryan Broaddus has brought the Cowboys backup QB situation back into the conversation.

“The current backup quarterback is not on this roster,” said Broaddus, who added that the Cowboys ”cannot sacrifice this season if something happens to Dak Prescott, and they’re playing with these two guys. It’s just not going to work out that way.”

Let’s take a quick look at the candidates:.

Rush is the incumbent number two. As a rookie in 2017, Cooper sparked hope in the Cowboys faithful by putting on a display in preseason. He compiled a 135.9 passer rating and had six touchdowns that preseason. Last year, his preseason was pretty much a bust as he looked overwhelmed. Rush has completed one pass in three attempts during regular-season games while performing mop-up duty for Prescott.

Taken in the fifth-round of the 2018 draft, he has yet to impress. His preseason a year ago was nothing to inspire confidence and during the 2019 OTAs and minicamp, White wasn’t exactly receiving rave reviews. White has a big arm but seems to struggle with pocket presence among other things.

While it might be comforting to get a player with some experience, the available names aren’t exactly enticing. A recent list of top QB free agents features names like:

Others include Sam Bradford, Geno Smith, and maybe an un-retired Josh McCown.

Obviously some of these guys have had time as starters in the league. There is experience available. But would they be better than what the Cowboys have? Remember when the team went with experience in Brandon Weeden and Matt Cassell? It’s a tough call. There are reasons these guys are still unsigned. But the Cowboys are thinking of themselves as legitimate contenders. Do they need a Nick Foles-like backup with experience?

So what’s your call BTB? Cooper Rush, Mike White or some unknown veteran.