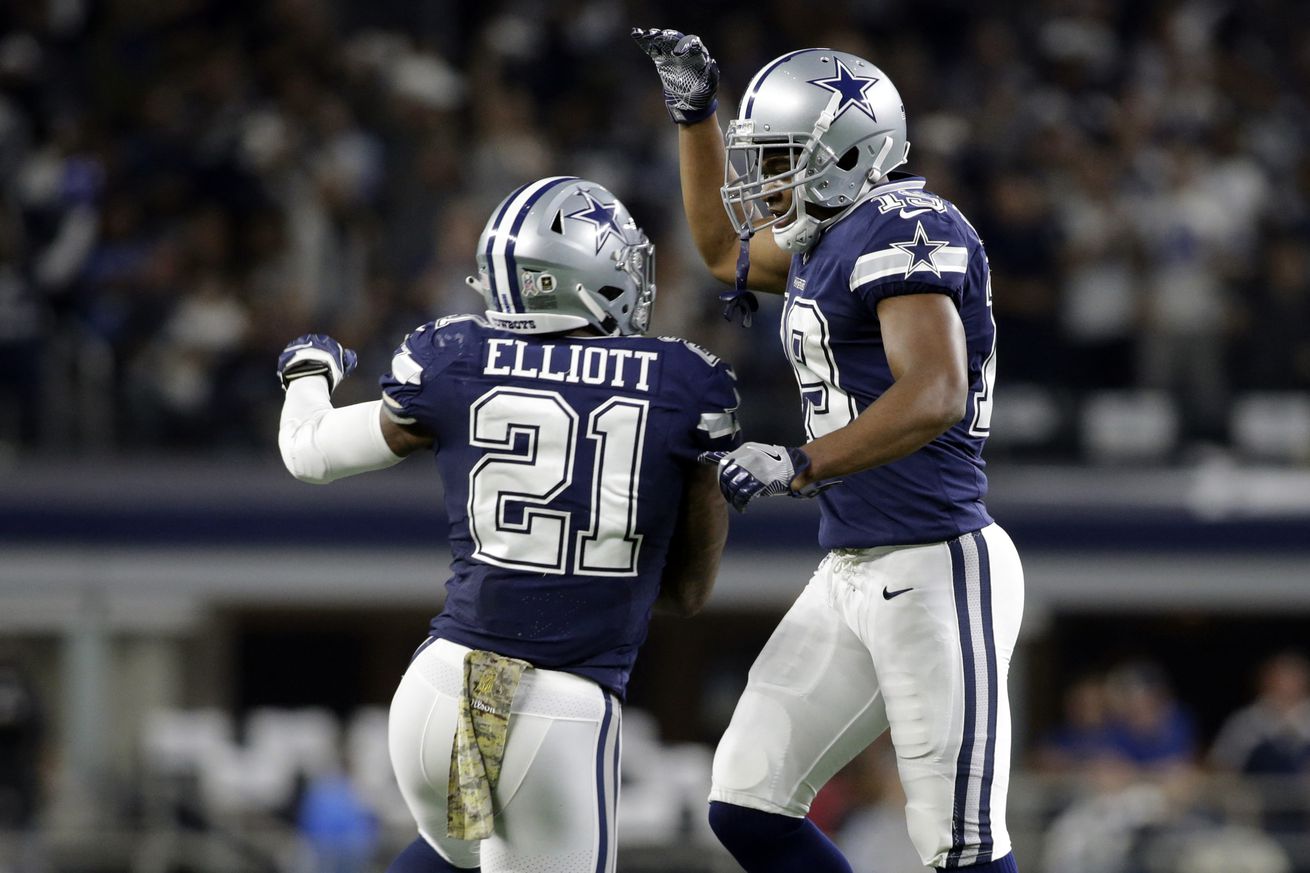 When Prescott has the right pieces around him, the Cowboys are really tough to beat.

Last season, the Dallas Cowboys offense finished 22nd in the league in both points scored and yards gained. That’s a strange place to be in, considering this team was one of the top five scoring offenses in 2013, 2014, and 2016. There has been a lot of new things happening on the offensive side of the ball in recent years, including transitioning from one set of playmakers to another in just a few short years.

The Cowboys are doing everything they can to help improve the offense. Of course, everything hinges on the ability of their young quarterback Dak Prescott. Recently, our own Tom Ryle made a bold prediction that Dak will be one of 2019’s top quarterbacks. If that does indeed happen, it’s going to mean great things for this Cowboys football team.

You can point to a lot of different reasons why this Cowboys offense will be better. The most glaring one is the changing out of offensive coordinator Scott Linehan to the less predictable Kellen Moore. The hope is this young creative offensive mind can help keep defenses a little more honest and create better matchups to more effectively utilize the talent they have on the roster.

The return of a healthy Travis Frederick should help tremendously and an improved Connor Williams should help fortify a stronger starting five.

The team has also added more offensive targets for Dak to use as he see fits. The dynamic running back Tony Pollard is supposed to add a new receiving threat to the backfield, and signing veteran splash-maker Randall Cobb helps give Prescott quite the arsenal of weapons to choose from.

While all these new improvements are great, the biggest jump could come from a collaboration of Prescott’s favorites.

A quarterback’s best friend is a good running game and having Elliott in the backfield makes life a lot easier on Prescott. But so does having Amari Cooper, whose presence sparked the Cowboys offense last season and helped them go on a run to take down the division. And it never hurts to have a reliable tight end that always finds a way to get open. That is what Prescott will have this season as Jason Witten has come out of retirement.

Having the right “Dak friendly” pieces is important and the more pieces the team can find to help their quarterback, the better. Simply put – Prescott wins games when he’s got the right type of supporting cast. Let’s take a look at the trio of Zeke, Cooper, and Witten during the Prescott years and see if there is any correlation to winning.

One thing that jumps out about this layout is that whenever Prescott has just one of these guys, the Cowboys are just a mediocre team. Whether it’s just Witten, just Elliott, or just Cooper – the Cowboys have a 7-8 record with just one of them. When you add a second guy to the mix, their record skyrockets to 25-8.

But what about all three?

The 2019 season will mark the first time that Elliott, Cooper, and Witten will have all played on the same team together.

The Cowboys were 7-2 last year when Cooper joined the team and that alone should be enough to create excitement about the upcoming year. Cooper is an excellent separator with outstanding route-running ability and the speed to blow by his defenders. Adding him to the offense not only ignited the passing game, but it helped open things up for Zeke as well. Here are Elliott’s games last season broken down by total scrimmage yards.

And the addition of Witten may not generate a lot of enthusiasm, but his value to the team shouldn’t be swept under the rug. While never overwhelming anyone with great athleticism, Witten is so precise in his movements that he constantly creates a reliable target for Prescott. Allow Dak to explain:

Not only does he provide a little extra security in the passing game, but Witten is more disciplined at the line of scrimmage. The Cowboys young tight ends struggled with assignments last season and it hurt the offense, in particularly in the red zone when defenses closed up.

Teammates and coaches look instead to the reliable target he will offer, the experienced blocking that a box score won’t account for and Witten’s understanding of the Cowboys’ offense. Witten played alongside first-year offensive coordinator Kellen Moore, who said the veteran’s ability “is still there” and “you don’t have mistakes out there.” In minicamp, Witten guided teammates pre-snap to assignments and tipped them off to possible scenarios.

There is a lot more going on with the Cowboys offense these days than just the trio of Elliott, Cooper, and Witten, but the consistency these guys bring will help Prescott be comfortable. All three of them have been Pro Bowlers for at least two-thirds of their career and they all are extremely dependable at doing their job. Prescott works really well when he can rely on other parts of the offense working as they should. Defenses have done a fair job against them when only one of Dak’s targets is on the field, but as the Cowboys record indicates – it’s not so easy when two of them are available. Now, they’ll have three.