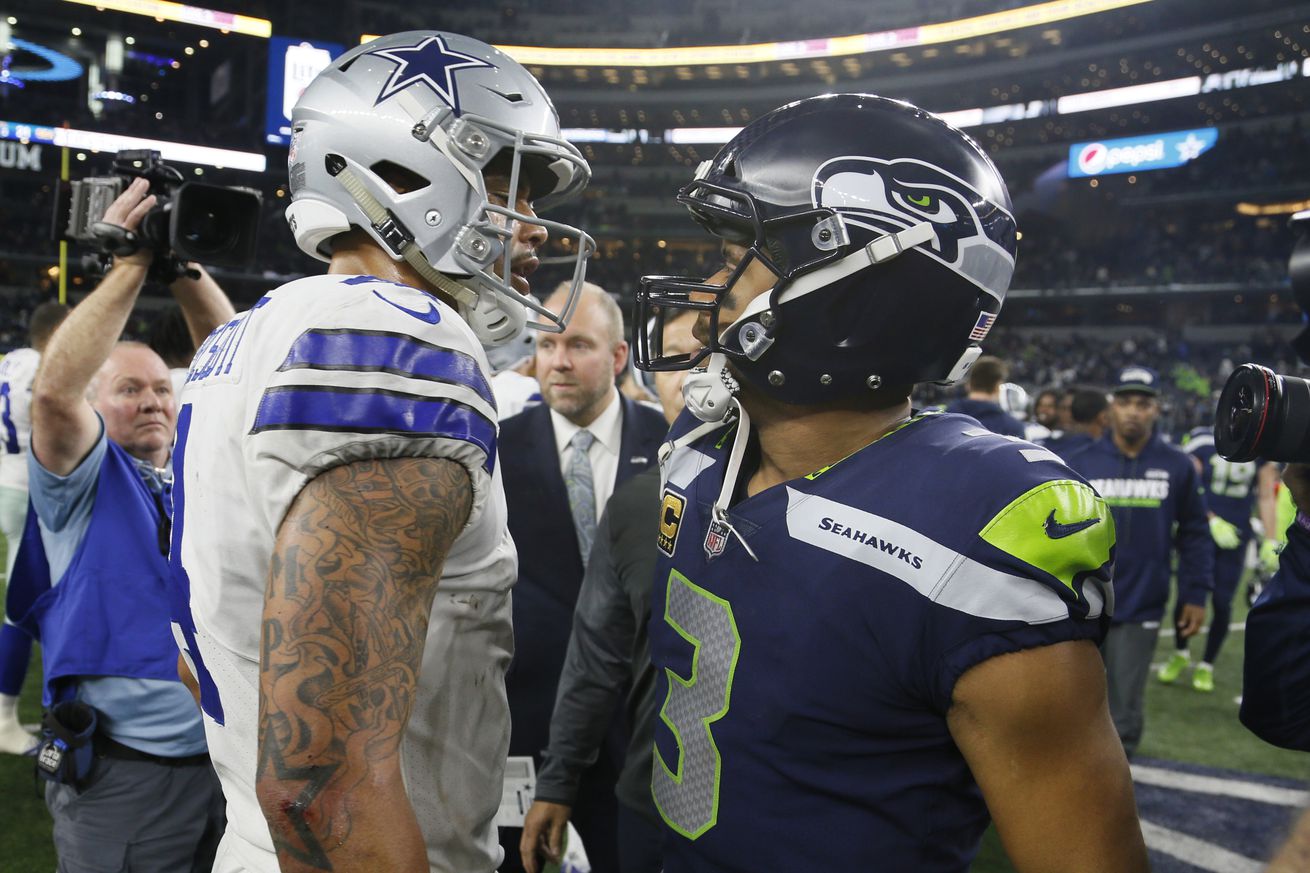 One of the things that has made the subject of Dak Prescott’s contract negotiations so fascinating this offseason has been that his NFC East counterpart Carson Wentz was also eligible for an extension with the Philadelphia Eagles.

Wentz got his deal, he’s at $32M on an annual average value, which means that in all likelihood Prescott would like to beat it. It was always going to be that way for the second quarterback to get their contract done, that’s how business works with that position in the NFL.

When news of Philly locking down their quarterback that’s never played in the playoffs first broke there were tons (likely millions, I stopped counting) of tweets and comments noting that the Eagles were likely thrilled to have beaten the Cowboys to the punch with signing their signal-caller. This was very understandable as the race to get your quarterback signed is a never-ending one in football.

Yahoo’s Charles Robinson reported on Tuesday that this was in fact the case for the Eagles, duh, that they wanted to get the Wentz deal done before the Cowboys did Prescott’s. In fact ,Robinson writes that according to one of his sources there was concern the Cowboys could do something “stupid” with Prescott.

“That played a part in getting Carson’s deal done early,” a league source told Yahoo Sports. “It was a priority [for the franchise] anyway, but not knowing if Dallas would just completely cave in with Dak and do something stupid definitely entered into the conversation.”

Monday saw what a lot of people have quantified as exorbitant with a report that Dak Prescott is asking for $40M per season from the Cowboys. There are some questions as to the validity of this report, one question being that the team may have leaked it in an effort to curry favor with fans, largely because that would give Prescott the highest annual salary of all quarterbacks in the league.

Dan Patrick dropped this bomb on his show (The Dan Patrick Show) today regarding the reports that surfaced on Monday. According to Patrick, his source informed him that this story was intentionally leaked by the Dallas Cowboys in order to paint Prescott and his agent in bad light to the media and fans of the Dallas Cowboys and NFL.

Continuing on the contract talks, Patrick later states that his source later proposed that Prescott should look into a shorter-term deal that would give him the opportunity to hit the open market again, while also getting a nice chunk of guaranteed money in the foreseeable future. This presumably would give the Cowboys flexibility if Prescott shows no development in the next few years, but would also allow Prescott to get his money, and prove to the Cowboys (and the rest of the league) that he is one of the best, young quarterbacks in the National Football League.

While Prescott likely won’t get $40M per season from the Cowboys, it’s possible that he lands something not too far behind. Per Charles Robinson of Yahoo, it’s the goal of Team Dak to get him more than Seattle Seahawks quarterback Russell Wilson got this offseason (he is the highest-paid player in the NFL).

Yes, I‘ve been told #Seahawks’ Russell Wilson deal ($35 million APY) is the Dak target. And that will rise next offseason if he shows out in 2019. Also, @SlaterNFL isn’t alone in hearing that $40 million APY negotiation number. That figure has gotten around to other franchises. https://t.co/LiMpvnXrPJ

Prior to Wilson landing his new deal, I wrote about how Prescott compares favorably to him over the last three seasons (Dak’s time in the NFL). Of course, Russell has been in the NFL for four more years than Prescott and has won a Super Bowl, but in a world of objective data it’s difficult to look at what the two have accomplished since 2016 and disagree that Dak is deserving of a franchise quarterback deal.

To be crystal clear: I am not saying that Dak Prescott is better than Russell Wilson. What I am saying is that if I was negotiating against Dak and looked at the the resumes of both he and Wilson over the last three years, I would not be able to objectively disagree with a lot of it. Obviously, there are more aspects to contract negotiations than measurable accomplishments, but hopefully you get the picture.

Given that Wilson’s deal is the apparent target for Dak Prescott it’s certainly possible that he did ask for $40M. You can’t settle on something near $35M if you don’t ask for more. That’s just the way business goes sometimes.