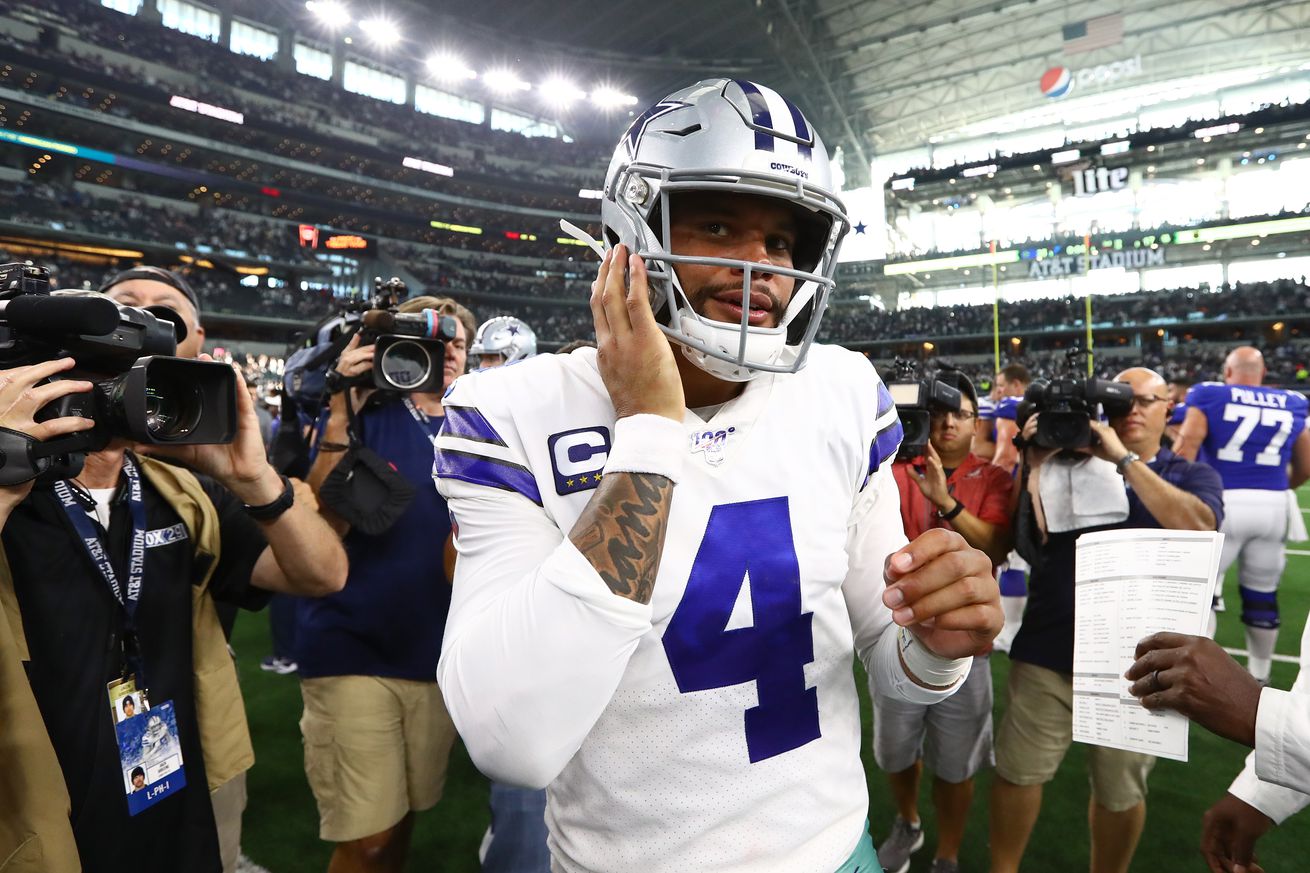 Where do all 32 NFL teams stand?

Week 2 of the NFL season means something very special… we finally have actual games to talk about and discuss.

The season’s opening week is now officially in the books thanks to the Monday Night Football doubleheader and there are definitely some strong overreactions and changed opinions based on everything that went down.

Kings stay kings, and the Patriots stay the Patriots. They dominated on banner night and now they get to add Antonio Brown. Sigh.

It looks like the Chiefs will be without Tyreek Hill for some time, but until they regress it’s hard to drop them. You don’t always have to throw it without looking though, Pat Mahomes.

It took a bit of work, but New Orleans had an impressive (and dramatic) win on Monday night. It will be interesting to see if Taysom Hill is used more in the receiving game, but Drew Brees is still great.

We didn’t exactly see a gigantic offensive performance, but there’s no reason not to believe at this point. Todd Gurley’s usage is definitely troubling at this point, though.

Kellen Moore is here and that is extremely good news. Watch out.

Honestly it was very impressive how the Eagles battled back from falling down 17-0. They’re for real and need to be taken seriously.

What a jump, what a performance. If Lamar Jackson can keep this up, my oh my the Ravens are going to be fun.

The Seahawks had one of the larger lines of the week and weren’t able to cover against Cincinnati and while that’s certainly not great news we still don’t have any reason to doubt this team in 2019.

It wasn’t exactly inspiring how they needed overtime to beat the Luck-less Colts, but Austin Ekeler looks to be quite the player. That’s not good news for Melvin Gordon.

Kirk Cousins hardly threw the ball, but the bigger point of curiosity is whether the Vikings are good or if their opponent was just that bad. Either way, Dalvin Cook, goodness gracious.

To be quite honest, it was impressive how Aaron Rodgers and Co. hung in against one of the league’s better defenses. When they’re not taking on the Bears this week we’ll finally get to really see what Matt LaFleur can do.

I know that they lost in Week 1, but this team looks really good. Bill O’Brien manages games and is setting Deshaun Watson up horribly, but this team still figures to be a playoff one.

Nobody wants to believe in them and don’t get me wrong, I’m not saying that you should; however, it was quite the performance to go to the house of the much-hyped Browns and take them out.

They won, but against the Tampa Bay Buccaneers. We need to see more.

It’s so hard to know exactly who Carolina is right now. As long as they have Christian McCaffrey though, they merit consideration for an on-the-bubble team at least.

Tie-ler Murray. Bet you hadn’t heard that one yet!

How did they let Arizona come back?!

I’m not dropping the Steelers too low simply because I totally buy that the Antonio Brown drama got in their heads last week. This team will be back, but what a horrible opening game.

The Raiders were surprisingly somewhat functional on Monday night, apparently banding together against one cause unites teams. Good for them.

We, really just me here, were all so fooled. I can’t believe I bought in. Until proven otherwise these are the same old Browns.

Cincy could be the team that wins some weird games this season, as mentioned it was shocking how closely they played Seattle. Andy Dalton currently leads the league in passing (what?!) so there’s that!

It remains a mystery just how far Frank Reich can take this team, but surprisingly that length might be limited by Adam Vinatieri.

I said last week that I wasn’t a believer in Chicago, but I definitely didn’t think they would be that bad. Mitchell Trubisky is going to hold them back. Hello Rex Grossman 2.0. The Bears are who we thought they were.

We’ll see what Josh Dobbs is able to do, but it feels like this could be as high as the Jaguars hit while Nick Foles is out. What a shame.

I’ll be the first to admit that I thought too highly of the Bucs, despite not being so high on Bruce Arians myself. Jameis Winston looks so bad.

Joe Flacco is so bad.

Somebody has to be next to last, turns out it’s the Giants.

There isn’t much to say, really.

The Cowboys have started to rise!

All is right in Jerrah World. The Cowboys opened their season as they should: Beating up on a talent-deficient Giants team at home. Ezekiel Elliott looks a step slow (to be expected as he rounds into shape after a lengthy holdout) but the Cowboys didn’t need their star running back the way Dak Prescott was playing on Sunday. The fourth-year quarterback was as locked in as we’ve ever seen him, carving up the Giants for four touchdowns with a perfect passer rating of 158.3. People snickered when reports surfaced last month that Prescott wanted $40 million per year on his new contract. If Jerry Jones doesn’t get a deal done soon and Prescott keeps playing at this level, the QB will be asking for more. Meanwhile, Prescott’s receiving options go well beyond Amari Cooper: Michael Gallup looks like an emerging star, while Randall Cobb skipped through the Giants’ D like the Cobb of four years ago. Even Jason Witten, in his first game since the 2017 season, had a touchdown. Like I said, all is right in Jerrah World.

In his first game as the Cowboys’ play-caller, Kellen Moore debuted an aerial buzzsaw on offense. With Ezekiel Elliott working his way back after his lengthy holdout and the run game scuffling as a result, Moore handed the offensive reins to Dak Prescott and the passing game.

That resulted in 405 passing yards and four touchdowns to four different receivers.

Said performance led Gagnon to make the call: The Cowboys are legit.

”Couldn’t have asked for more from Dallas out of the gate,” Gagnon said. “Dak Prescott looks like he’s taken a huge step forward, and Michael Gallup’s rise could transform this team by giving Prescott another elite weapon. We have to get used to the idea that this is a Super Bowl contender.”

The top teams in the minds of many all won in Week 1, so it makes sense that the Cowboys wouldn’t rise past the top five or six.

Well, well, well. How the turntables have turned!