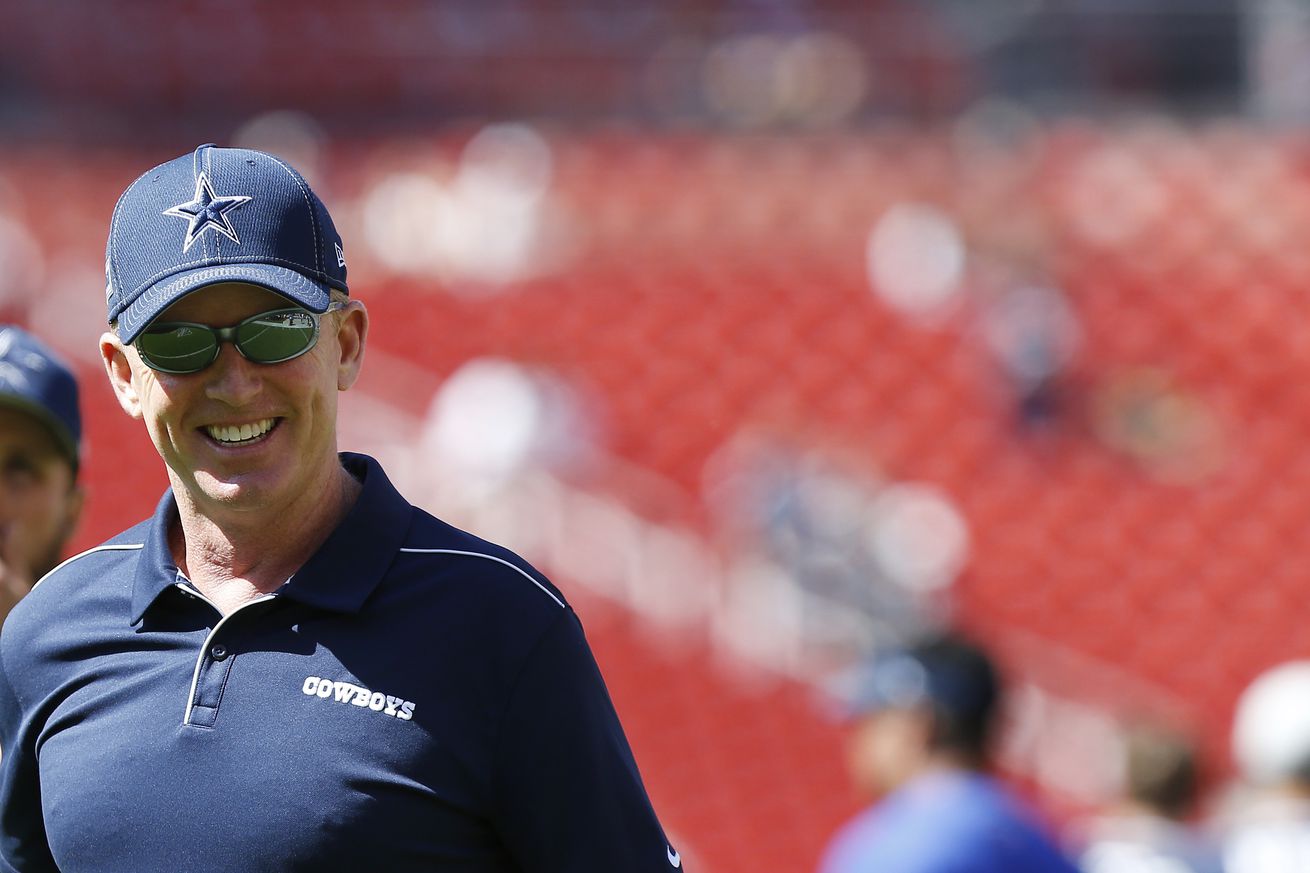 Coach Garrett met with the media on Thursday.

It’s Thursday of a game week which means that Jason Garrett met with the media. Check out everything that the Dallas Cowboys head coach had to say ahead of this week’s matchup with the Miami Dolphins. (All answers are paraphrased and not actual quotes).

The Dallas Cowboys released Taco Charlton on Wednesday and Jason Garrett was quick in noting that they wish Taco all the best in the future of his NFL career. He didn’t want to discuss anything about why they made the decision and just noted that it was done in the best interest of the team.

Robert Quinn did a good job on Wednesday

Tyrone Crawford isn’t anticipated to do anything, Tavon Austin in concussion protocol still

It seems more and more like Crawford is going to miss Sunday’s game, and Garrett did note again that Tavon Austin is doing better at least.

Any dangers of playing a struggling 0-2 team?

The Dolphins are obviously not a great team at the moment and many have thought this could be somewhat of a trap game. Jason Garrett was firm in noting that the Cowboys focus is on them and not on what the opponents track record might be.

With all of the personnel changes that Miami has undergone it might be difficult to evaluate them properly. Garrett noted that you have the information that you have and you try your best to respond accordingly.

Third-year cornerback Chidobe Awuzie is someone that people have a lot of expectations for. Jason Garrett noted that Chido gets better and better the more that he plays but that he’s obviously playing a challenging position. Overall Awuzie is starting to develop and Garrett agreed with that.

With the injury to Xavier Woods the Cowboys could be leaning on Darian Thompson more this week. Jason Garrett discussed how Darian has taken on a role as a quarterback on defense to a degree in getting people where they need to be and that they like to see that.

Both Woods’ are not anticipated to practice on Thursday

An update on Xavier and Antwaun.

Jason Garrett threw some kudos in the direction of the team’s first draft pick and noted that Trysten Hill has done a great job so far. He was specifically asked if there was any “sulking” from Hill and was firm in that there hasn’t been.