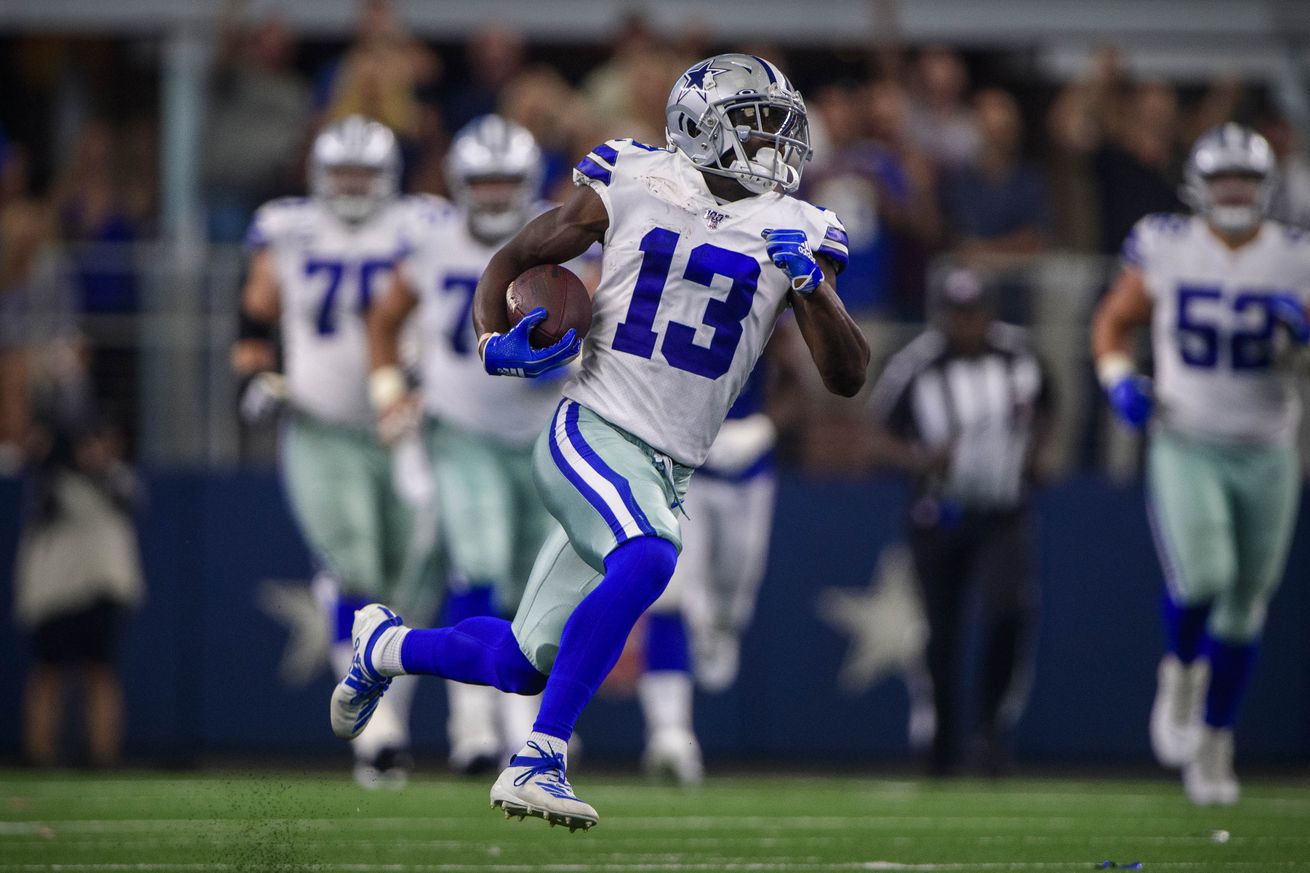 Check out our three predictions for Sunday’s matchup with the New York Jets.

After two tough weeks, the (3-2) Dallas Cowboys face the perfect opponent to get their 2019 season back on track this Sunday, the (0-4) New York Jets. Dallas, for the second straight week, suffered a tough defeat, this time courtesy of the Green Bay Packers by a score of 34-24.

Dallas struggled on both sides of the ball against Green Bay, especially in the first half. The Packers took a 17-0 lead into halftime, and despite a late rally from the Cowboys, were in control of this game from the opening snap. Packers running back Aaron Jones gashed the Dallas defense for 107 yards on the ground and an astounding four rushing touchdowns. Packers quarterback Aaron Rodgers threw for just 238 yards and no touchdowns, but it didn’t really matter when Green Bay could just run the ball at will whenever they pleased.

On the offensive side of the ball, Cowboys quarterback Dak Prescott had a tough day. Despite throwing for a season-high 463 yards, Prescott through three interceptions, and quite frankly with some bad luck could have thrown one or two more. Amari Cooper had a huge day, catching 11 passes for 226 yards and a touchdown. Dallas actually ran the ball fairly well. Ezekiel Elliott averaged 5.2 yards per carry, but because they fell in such a deep hole, was only able to run the ball 12 times in the game.

This week the Cowboys take on a winless New York Jets team. New York will get back Sam Darnold at quarterback after he missed the previous three games with mono. Even with Darnold back, the Jets are just not a good football team. They still do have Pro-Bowler Le’Veon Bell in the backfield, and if Dallas plays like they did against the run last Sunday, Bell may run for about 200 yards.

For Dallas, this game will be about stopping the run, and putting constant pressure on Darnold to not let him make comfortable throws. The Jets’ defense is not terrible, but Dallas should be able to put up enough points to win. This game is about the Cowboys’ defense getting back to form and for the first time this season having a dominant effort. When the Philadelphia Eagles faced the Jets last Sunday, their defense absolutely dominated the game. They won 31-6 and sacked New York 10 times. Dallas need a performance close to this from their defense on Sunday.

Here are three predictions for Cowboys and Jets this Sunday.

1. Michael Gallup has a huge day. 9 receptions for 155 yards and two touchdowns.

Michael Gallup is quietly having one of the best seasons out of anyone on the Dallas Cowboys’ roster. Despite playing in just three games, Gallup already has 20 catches for 339 yards and a touchdown. Gallup is going to shatter the numbers he posted in his rookie year, 33 catches for 507 yards, and has a real shot at being a 700-800 yard receiver at season’s end.

Last season we frequently saw Dak Prescott and Michael Gallup not be able to get on the same page and just miss on many deep balls. This year, that is not the case. Gallup and Prescott have developed a very nice rapport and have hooked up for a number of deep plays, including this touchdown last week versus Green Bay.

Cowboys WR Michael Gallup played 62 of 72 offensive snaps Sunday vs. Packers in return from knee injury. He and Amari Cooper had team-high 14 targets. Gallup caught seven for 113 yards, including a 40-yard TD. pic.twitter.com/rCzW9aDqFN

On Sunday, Prescott and Gallup will continue to have success, facing a poor group of Jets corners. Trumaine Johnson and Darryl Roberts are the Jets starters on the outside. Not a great combo. Teams have constantly targeted Roberts in the passing game this season and have good success doing so. Roberts has been targeted 34 times on the year and allowed 241 yards and three touchdowns, via Pro Football Focus.

Expect Gallup to get plenty of targets on Sunday, especially if New York gives help to Johnson when he is covering Amari Cooper. Gallup has done a really nice job this year of making tough contested catches and this should work in his favor while facing Roberts. Look for a few deep balls to come Gallup’s way, one of them going for a 50+ yard touchdown.

New York will get a boost by the return of Sam Darnold, but his that will not be close to enough to stop the Dallas defense from having a huge day. This biggest reason the Cowboys will be able to feast on the Jets’ offense is because of their terrible offensive line. New York gave up an astounding 10 sacks and 16 QB hits versus Philly last weekend, and their 23 sacks allowed leads the NFL.

Here is a play last week where the Jets allowed Philly to get pressure on quarterback Luke Falk, forcing a bad throw that turned into a pick six.

We are going to see a lot of that Sunday even with Darnold back in the fold. Versus this awful Jets offensive line, Dallas should have no problem generating pressure on Darnold. Despite a promising start to his NFL career, Darnold has shown to be a little trigger-happy at times. DeMarcus Lawrence and Robert Quinn being in his face constantly on Sunday will force Darnold to make some bad decisions and throw two picks to go with a fumble.

Dallas also can take advantage of the awful line in stopping the run. Le’Veon Bell is an All-Pro level running back, but has registered just 206 yards on 71 carries this season. This really does not have much to do with Bell, it is just a reflection of how poor the line he is running behind truly is. Dallas keeps Bell under 75 yards as well on Sunday and forces him to put the ball on the ground once.

The Dallas Cowboys will get back to their winning ways on Sunday in Met Life Stadium. The Jets offense is just not good enough to keep up with a team that can score like the Cowboys can. Dallas showed in the first three weeks of the season when they are facing a lesser opponent, their offense can move the ball at will. That trend will continue on Sunday.

Sam Darnold’s return will help the Jets be a bit more formidable on offense. New York will score on their first drive of the game and keep it close at 14-10 heading into the half, but in the second half the better team will pull away, ultimately ending up with a 27-13 Cowboys victory.

On defense, DeMarcus Lawrence and Robert Quinn both will register a sack against Darnold, Leighton Vander Esch gets his first interception of the season, as does Byron Jones. On offense, Dak Prescott throws for 265 yards and two touchdowns, both to Michael Gallup, and Ezekiel Elliott runs for 105 yards to go with a score. Overall, Dallas will be in control of the game the whole way, but in the second half they will blow it open. The Cowboys will move on to 4-2 going into a huge matchup with the Philadelphia Eagles next Sunday.