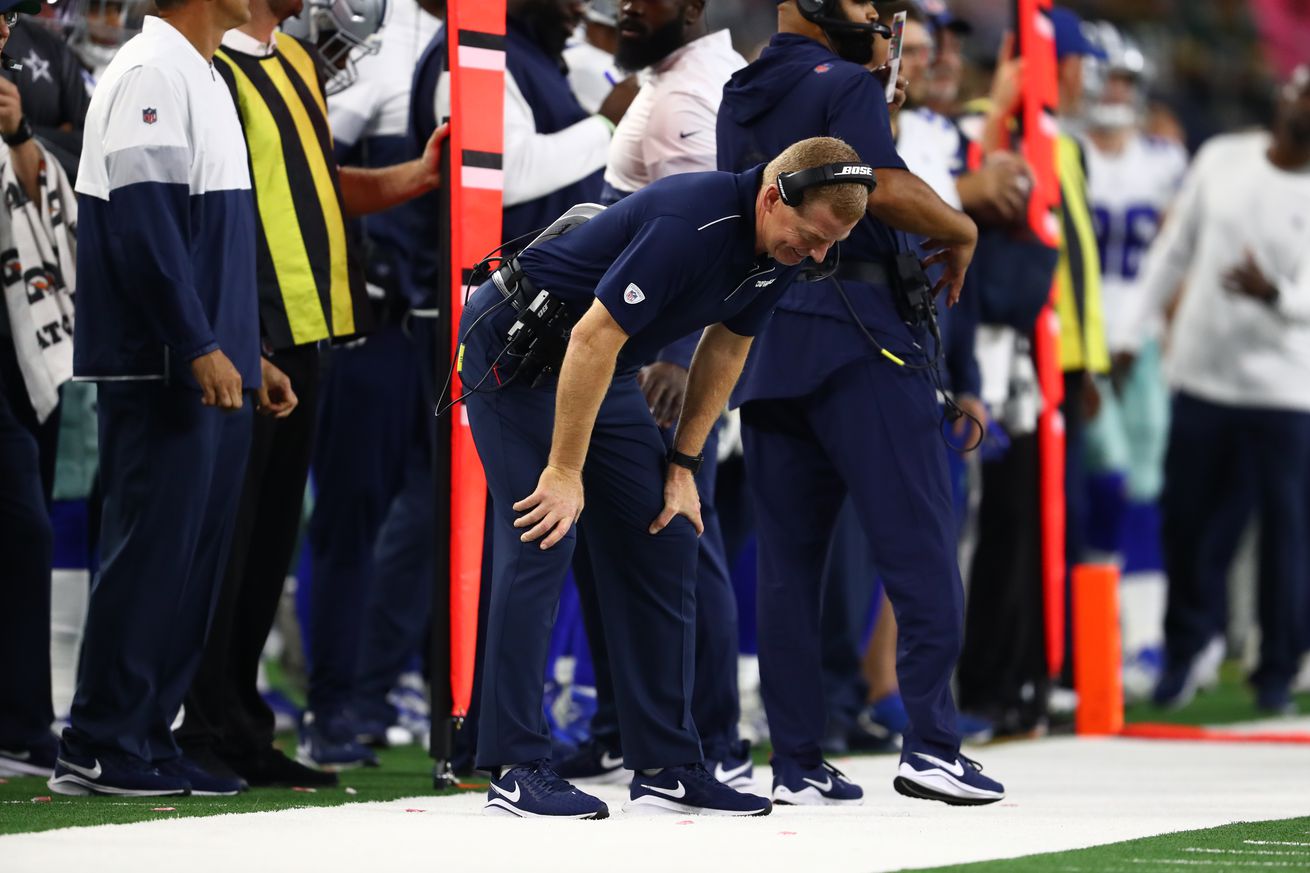 The Dallas Cowboys are 3-2 but we still have no idea what to expect from this team each week. Are they as good a team as advertised this offseason? Were the Cowboys over-hyped? Perhaps both are true at least for the moment. Their three victories came against the Giants, Redskins, and Dolphins and you expect them to beat the snot out of poor competition. The last two weeks, the Cowboys have been a whole different squad and can’t seem to stay out of their own way.

Statistically speaking, the Cowboys have literally been two different teams in a sort of homage to the story of Dr. Jekyll and Mr. Hyde. To illustrate the difference from the first three games to the last two, let’s look at their drive stats. Drive stats are a great tool to show you a team’s efficiency both offensively and defensively.

Right out of the gate the Cowboys offense had been electric, moving the ball at will, and capitalizing on their drives. Against the Giants and Redskins, the Cowboys rattled off five straight scoring drives which is death for an opponent. Against Miami, the Cowboys had some early struggles but opened the third quarter with two quick touchdowns, which put that game to bed rather quickly.

Defensively, the Cowboys took care of business against weaker competition. The only issue is their inability to get takeaways. However, when their offense had them up by an average of 10+ points, they did a nice job of keeping the opponent out of the end zone and forced punts. Not a lot to be too upset about there.

Let’s compare this to the Cowboys last two games:

One troubling trend for the Cowboys offense is that they have actually been pretty bad in the first quarter. The Cowboys have only scored two first-quarter touchdowns and also have two first-quarter turnovers. Dallas has only scored on one opening drive this season, a field goal against the Saints. Slow starts won’t kill you against opponents like the Giants, Redskins, and Dolphins. It probably won’t kill them against the Jets this weekend, but it certainly was an issue against New Orleans and Green Bay.

Nothing has killed the Cowboys more than their own mistakes, with six turnovers in two weeks, that’s the exact opposite of a winning formula. If the Cowboys can regain their offensive focus and clean up their mistakes, this team can easily get back on track.

What you see above is compounded by the Cowboys self-inflicted harm by their offense. The defense is now at a disadvantage and down on the scoreboard. Where the Cowboys defense has failed them in the last two games is in tackling and that’s kept them on the field for more abuse. Seeing as the Cowboys don’t get takeaways, they’ve been bending and breaking on defense.

Right now, the Cowboys offense is putting the defense in a hole but the defense isn’t doing much to climb out of it. Again, they have been two different teams in matter of five weeks and need to do a little self-reflection on who they have to become to accomplish the goal. So, which is it Cowboys? Are you the 3-0 Cowboys that will be a contender in the NFC title picture or are you the 0-2 Cowboys with a propensity to self-destruct?