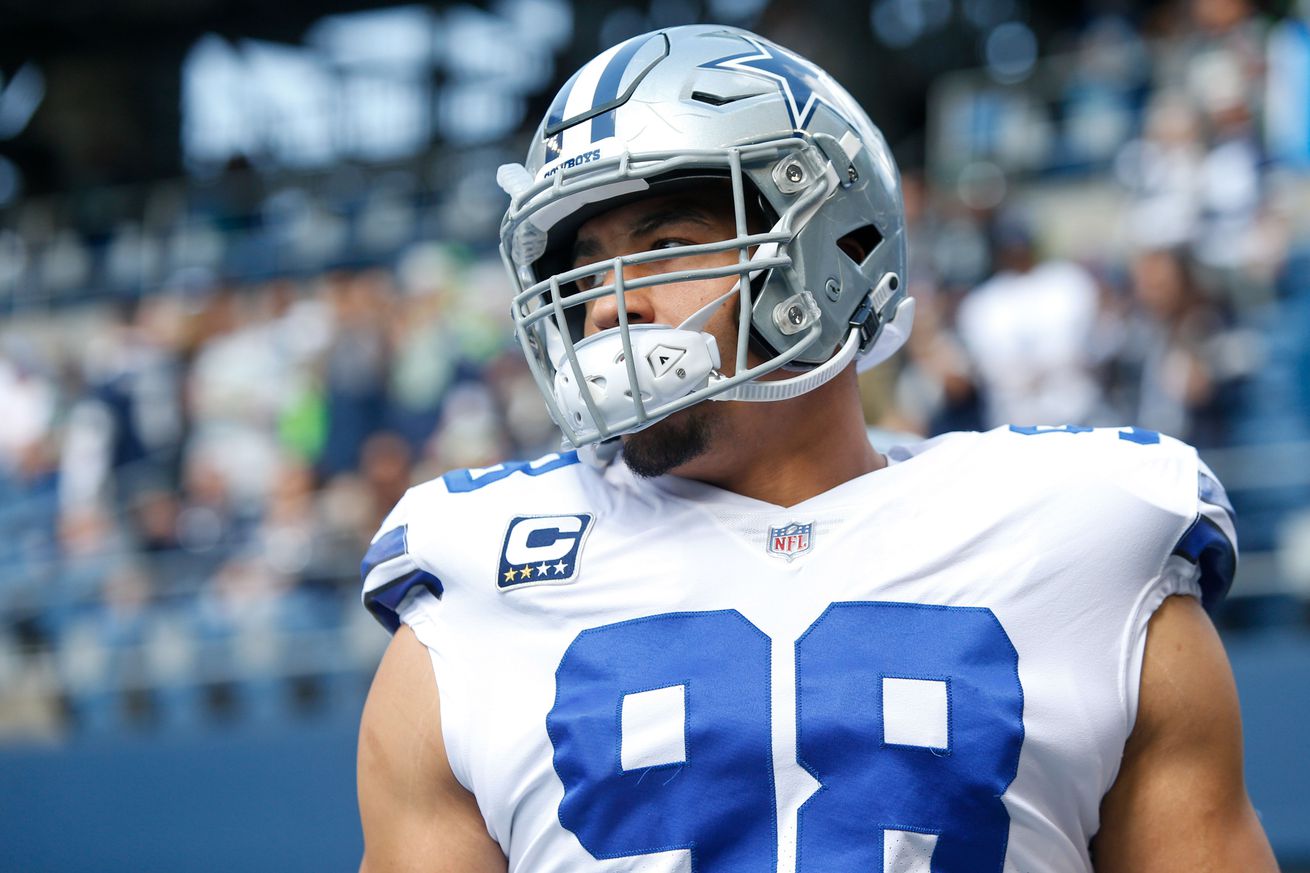 Plus, what can the Cowboys do to get back on track?

The Cowboys were already dealing with some key injuries along their offensive line, but their defensive line took a hit on Tuesday when it was announced that Tyrone Crawford would go on the injured reserve list after aggravating a hip injury he suffered earlier in the year.

He first suffered hip problems last year and played through it. He recovered but underwent issues again in the offseason which prevented him from practicing during training camp practices but he was ready for the season-opener against the New York Giants where he played in 30 defensive snaps. Yet, the hip problems persisted and last month Crawford revealed he dealt with bursitis and issues with his Gluteal muscles.

When asked would he eventually need surgery, Crawford said: “I’m hoping not. That would be devastating.”

Crawford ends his season with one sack, three tackles and two quarterback hits. And his future with the team is in jeopardy. He’s signed through the 2020 season where he’ll receive a base salary of $8 million.

His replacement on the 53-man roster could be in the form of calling up rookie defensive lineman Daniel Wise from the practice squad or finding another player via street free agent or a trade.

The absence of Crawford would also lead to more playing time for 2019 second-round pick defensive tackle Tyrsten Hill, a healthy scratch for three games this year. Hill was inactive for the first two games of the year for the Jets game last week.

Now he’ll be needed full-time with Crawford out.

Three players the Cowboys should attempt to trade for before the 2019 NFL deadline – Patrik Walker, CBS Sports

Last year, the Cowboys got off to a disappointing start and made a big trade for Amari Cooper before going on a win streak to save the season. As Dallas falls to 3-3, many are starting to wonder if there’s another trade the team can make to give them a boost.

By now, you’re sensing a theme here, in that the Cowboys could do well to bolster their safety unit. Maybe the means shipping out team favorite Jeff Heath via trade to get an asset that would help them package something to the Raiders in exchange for Joseph, but it’s something that could be figured out fairly easily if Dallas wants this deal done. They’ve also established a burgeoning bromance of sorts with the Raiders’ front office, and that only greases the wheels for any possible talks on [Karl] Joseph.

[Karl Joseph] off to a strong NFL start and his first three seasons prove he can make plays, but he’s seen a downturn in 2019 that could be related to issues with the inconsistency within the Raiders organization — be it in the win-loss column, coaching message, or a combination of the two. He’s not exceedingly far from Heath in talent, and it could be argued the two are neck-and-neck when it comes to getting takeaways. He’s statistically almost literally right where Heath was after three years of play, but Joseph is more built to be a consistent starter, whereas Heath excels as a rotational piece.

If the Cowboys don’t play better from the start, their resilience in the second half will continue to be inconsequential – David Moore, Dallas Morning News

One of the biggest problems the Cowboys have had so far this season is their tendency to start each game slowly and then come alive in the second half. While it’s admirable that the team has been making great halftime adjustments, it doesn’t matter much if the team still loses.

Dallas has been outscored 47-9 in the first half of this three-game losing streak. Beginning with their loss to New Orleans in the Big Easy the Cowboys have been at their worst on both sides of the ball to start the game.

“Ultimately, we haven’t executed,’’ head coach Jason Garrett said. “Everything we do goes into execution, so everyone has a responsibility for that, every coach, every player who is involved in each of the units of our football team.

“So we haven’t executed well enough early on in games.’’

When a trend like this develops it’s reasonable to ask if the coaching staff has come up with the best game plan. Have the Cowboys put their players in position to succeed from the start or are they forcing everyone to adapt and respond as the game unfolds?

While some people are focusing on players the Cowboys can add via trade, there are also some players on the team who haven’t been performing up to the team’s standard and could be traded in exchange for some sort of assets.

In a vacuum, Jourdan Lewis beats out [Anthony] Brown for the nod as starting nickel cornerback. Unfortunately for Lewis, he’s a smidge smaller (height + length) than Brown, and passing game coordinator Kris Richard has a type. Brown has had solid seasons in two of his past three, though, and that means he has value in a trade. Talented NFL corners don’t fall from the sky, and that also adds to his worth on the market. The Cowboys should entertain the thought of moving Brown and starting Lewis, followed by promoting Donovan Olumba from the practice squad to aid in cornerback depth.

Olumba isn’t fast, but he doesn’t have to be to play the slot, and he’s got the length Richard covets so dearly — making him a good rotational piece. As far as Lewis goes, outside of his added ability to play outside the hashes as needed, he has only one fewer interception (3) than Brown (4) in 23 fewer starts; and it’s key to note Brown is also a free agent in 2020 who’s looking for a bigger payday. That’s money that should go to helping retain Byron Jones, who is an absolute must-keep for Dallas.

With the Cowboys on a three-game losing streak and having just lost to the winless Jets, many are understandably at their limit with head coach Jason Garrett and starting to think out loud about who could replace the embattled head coach.

It can not be understated how important the relationship between Marinelli and Richard has been. But the fact the hot head coaching candidate elected to stay with the Cowboys for another season in the same role speaks volumes. Perhaps Richard could see the writing on the wall.

The fiery coach is certainly in perfect position to assume the interim head coach job if there is suddenly a vacancy this season. And Richard’s aggressive coaching style might be the exact thing this lifeless, but uber-talented roster needs right now.

Prior to the season’s start, many media outlets regarded the Cowboys as one of the more talented rosters in the NFL, so the struggles thus far are very concerning. According to Albert Breer, the issues can be attributed to injuries and poor play.

The Cowboys’ issues on Sunday mostly boil down to something that had previously felled the other team on that New Jersey field—flaws at corner and along the offensive line are very tough to cover up. The latter issue is health-related, and it’ll be hard to pass judgment on where this Dallas team is until Tyron Smith and La’el Collins are healthy again at tackle.

The former is more troubling. The quartet of Byron Jones, Chidobe Awuzie, Jourdan Lewis and Anthony Brown hasn’t performed to the level that Dallas anticipated it would, and that needs to quickly improve, particularly with Jones now injured.

Aside from that, an internal talking point has been the inconsistency in players following and trusting their assignments and teammates—that has led to slow starts and some of the big plays given up the last few weeks.